Delhi High Court: A Single Judge Bench comprising of Sunil Gaur, J. disposed of a criminal revision petition by granting the benefit of probation to the petitioner while upholding his conviction.

The petitioner was represented by Humza Islam, Khalid Akhtar and Mohd. Shadam, Advocates. They referred to lacunae evidence of complainant party and other evidence on record. Submissions were that the petitioner was a teenager at the time of the incident, he faced agony of trial for more than 10 years, there was no previous conviction to his discredit, etc.

The High Court, on considering the matter, found that there was no basis to interfere with the concurrent finding of the courts below regarding conviction of the petitioner. However, on aspect of the sentence, the Court was of the opinion that the appellate court ought to have considered petitioner’s case for grant of probation. In light of submissions made on behalf of the petitioners as aforesaid along with the fact that the petitioner was the sole bread-earner of his family, the Court set aside the sentence imposed on the petitioner while upholding the conviction. The petitioner was granted benefit of probation and was directed to be released forthwith if not wanted in any other case. [Nazim v. State, 2018 SCC OnLine Del 13187, Order dated 21-12-2018]

Second round of litigation doesn’t lie before Foreigners Tribunal

“Unless there are any specific reasons for not opening, all Anganwadi Centres beyond the containment zones should be made functional by all the States/Union Territories at an early date”; SC directs 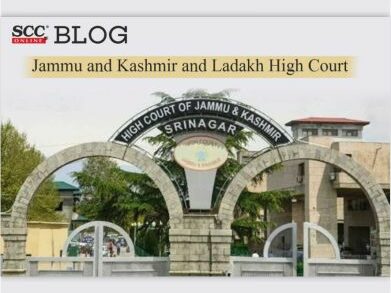