Punjab and Haryana High Court: This appeal was preferred before a 2-Judge Bench of Rakesh Kumar and  Anupinder Singh, JJ., against the judgment and decree passed by the Additional District Judge by which petition filed under Sections 11 and 12 of the Hindu Marriage Act, 1955 by the respondent-husband for annulment of marriage with the appellant-wife was allowed.

High Court struck off the defence of respondent on the ground of non-payment of maintenance, that he wanted annulment of marriage on the ground that appellant had already married twice and marriage with respondent was her third marriage with previous marriage subsisting. Thus, there remained no defence on record for annulment of marriage. Therefore, this appeal was allowed and judgment and decree passed by trial court was set aside. [Sonia v. Deepak, 2018 SCC OnLine P&H 2024, decided on 04-12-2018] 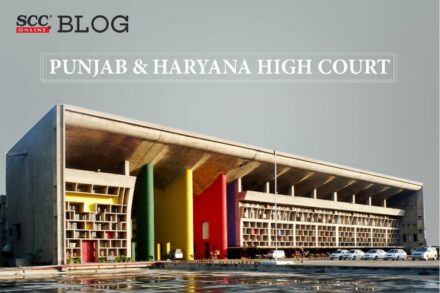 No service tax can be levied on indivisible Works Contracts prior to June 1, 2007