“In search of truth, he plays that sacred role of the sun, which eliminates the darkness of ignorance and illuminates the face of justice, encircled by devils of humanity and compassion.”

Supreme Court: A Bench comprising of A.K. Sikri and S. Abdul Nazeer, JJ. disposed of a writ petition while approving the Witness Protection Scheme, 2018 finalised by the Union of India and making certain direction in connection therewith.

There were four petitioners in this matter all of whom were related to cases against self-styled godman Asaram and his son Narayan Sai. The petitioners Witness, father of a murdered witness, father of a child rape victim and a journalist who escaped a murder attempt by goons of Asaram and Narayana Sai and still faces death threats by a jailed sharpshooter. They prayed for a court-monitored SIT or a CBI probe. They stated that the prevailing feeling of fear amongst witnesses in the country seriously impairs the right of the people of this country to live in a free society governed by rule of law.

The Court noted the adversities faced by the witnesses and reproduced the reasons which make witness turn hostile as indicated by the Supreme Court in Ramesh v. State of Haryana, (2017) 1 SCC 529. It was noted that such a situation has created a problem of low conviction in India having serious repercussion on criminal justice itself. Therefore, the protection of witnesses is necessary to enable them to depose fearlessly and truthfully. This would also ensure ‘fair trial’, another concomitant of rule of law.

During the pendency of the petition, the Union of India finalised the Witness Protection Scheme, 2018. Its essential features include identifying categories of threat perceptions, preparation of a “Threat Analysis Report” by the Head of Police, types of protection measures like ensuring that the witness and accused do not come face to face during the investigation, etc. The Scheme is the outcome of the efforts put in by the Central Government with due assistance not only from the State Governments as well as Union Territories but other stakeholders including Police personnel, NALSA, and State Legal Services Authorities, High Courts and even civil society.

The Supreme Court after considering various earlier decisions as well as Witness Protection Scheme, 2018 made certain directions which include:

(a) The Witness Protection Scheme, 2018 is approved and shall come into effect forthwith.

(b) Union of India, all States and UTs shall enforce the Scheme in letter and spirit.

(c)The Scheme shall be the ‘law’ under Article 141 and 142 of the Constitution till enactment of suitable legislation on the subject.

(d)Vulnerable Witness Deposition Complexes shall be set up in all district courts in India.

Husband’s arrest, when petition for restitution of conjugal rights is pending, will shut down all possibilities of settlement 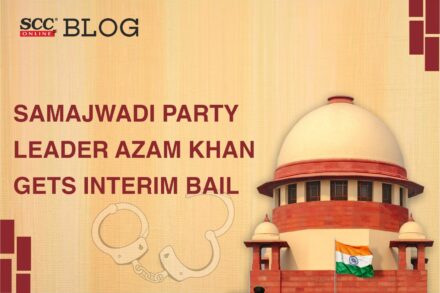 SC awards 30 years RI to man who killed 2 brothers & nephew; Finds imposition of death penalty on the day of conviction itself, wrong