One of the significant modes of investments that have recently gained momentum in India has been fund raising by companies through debt funding from portfolio investors, financial institutions and other lenders. A typical secured debt financing/lending transaction is structured in a manner, such that the security or charge creation establishes lender’s right over specified assets of the borrower for securing the repayment of the principal amount, interest or any other special premium attached to the principal amount.

The article sets out the pragmatic difficulties and challenges faced by second/subordinate charge-holders of an asset, secured for repayment of the debt by the debtor to such lender/charge-holder and the viable solution that may be adopted and incorporated in the legal regime to foster debt financing, specially syndicate lending, where various lenders finance an entity and secure its assets.

Remedies available and the challenges

As per the Companies Act, 2013[1] the term “charge” is defined as an interest or lien created on the assets or property of a company or any of its undertakings as security and includes a mortgage.

A lender generally derives its rights under Securitisation and Reconstruction of Financial Assets and Enforcement of Security Interest Act, 2002 (SARFAESI Act), where a “financial institution” is entitled to enforce security interest, in addition to remedies available under the security documents. Similarly, creditor/lender, as a “financial creditor” under the Insolvency and Bankruptcy Code, 2016[2] (IBC), is entitled towards the proceeds of sale of the liquidation assets of a corporate debtor, in order of priority set out under the IBC[3]. In addition to the above laws, the lender has a right to claim specific performance and recovery of amounts due under the security documents executed in relation to the debt.

My observation and conclusion

The cacophony regarding the rights of subordinate lenders in relation to enforcement of security has been a matter of significant concern for debt financing in India. Though there is a substantive right under the SARFAESI Act and the IBC available, the real challenge comes in enforcing the security in a situation where there is no default by the principal debtor towards primary lender, however, there has been a default towards the second/subordinate charge-holder. With the escalation in mezzanine and debt financing in India, there is a need for having a law regulating the debt financing, particularly group lending or syndicate financing.

I believe that following legal framework may be adopted for providing an effective remedy to subordinate charge-holders to enforce the securities and safeguarding their interests in the events discussed above:

(a) The borrower/debtor to maintain 100% asset cover, sufficient to discharge the outstanding amounts of the entire debt raised from all the lenders, vide loan or inter-corporate deposit, from the secured lenders, at all times, as is required to be maintained by the companies issuing secured/listed debentures. This will provide comfort to the first charge-holder that even if the second charge-holder is repaid for the default against it, the assets of the company are sufficient to discharge its claims.

(b) In the event of any default by a borrower against the second charge-holder, the security may be enforced, and the amounts realised from the proceeds of the sale of the charged assets to be retained in an escrow account held by and an independent escrow agent. The escrow bank account may accordingly after repayment of outstanding amounts to the subordinate lenders, utilise the remaining amount for repayment of amounts to first lender.

(c) Reserve Bank of India may address the issue by promoting syndicate and consortium lending and formulating the guidelines for enforcement of securities by subordinate lenders.

The measures set out above may provide for a greater boost and confidence to fund raising by way of further financing by subordinate lenders in India and foster greater confidence in syndicate and consortium lending. 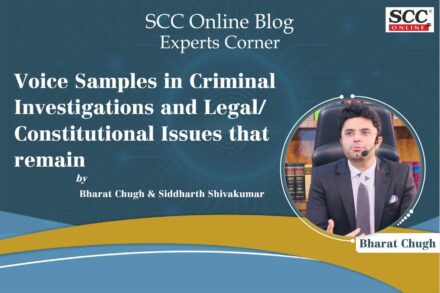 Voice Samples in Criminal Investigations and Legal/Constitutional Issues that Remain 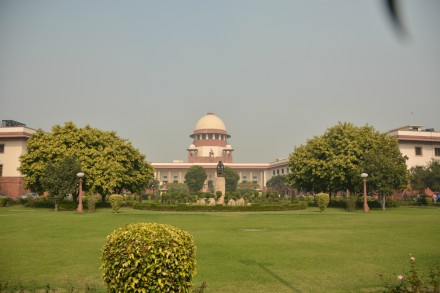