“Courts shoulder a great responsibility while trying an accused on charge of rape. They must deal with such cases with utmost sensitivity.”

Supreme Court: The Bench comprising of N.V. Ramana and Mohan M. Shantanagoudar, JJ., while addressing an appeal against the judgment and order passed by the High Court of Punjab and Haryana, allowed the said appeal on the basis that the Courts below had convicted the accused merely on “conjectures and surmises.”

The present appeal was filed by two convicts accused Jai Singh and Sham Singh, but the former had already undergone his term of sentence and had been released which left Sham Singh as the appellant. It was submitted by the victim that both the accused had forcibly taken the victim in their house and tied her hands with rope and committed “rape”. On filing of charge sheet against the accused the Lower Courts convicted both of them under Section 376(2)(g), 342 and 506 IPC.

The appellant in his submissions had placed that the material witnesses were not examined and the Courts below had ignored the material facts as well which are fatal to the case of prosecution. The appreciation of evidence by the Trial Court and the High Court has not been proper and correct.

The Supreme Court on giving due consideration to the appeal realized that it was amply clear that the case of the prosecution as made out, appears to be artificial and concocted. If the incident would have actually taken place then the medical report would have gone against the accused. The court stated that “We find that this is a case wherein incriminating materials are lacking against the accused”. Further, the Court also stated that the circumstances in this case themselves suffer from serious infirmities and lack of legal credibility to merit acceptance in the hands of the court of law. The appeal is thus allowed. [Sham Singh v. State of Haryana,2018 SCC OnLine SC 1042, decided on 21-08-2018]

P&H HC | Registered owner of a phone number from which offence is committed, has to take responsibility for the same 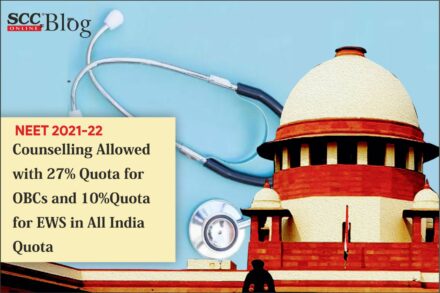