Articles 10[1] and 11[2] of the Constitution of India permits Parliament to make provisions in the matters of citizenship. Using this power 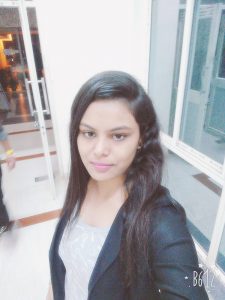 Parliament had enacted the Citizenship Act, 1955 and a special law for Assam titled the Immigrants (Expulsion from Assam) Act, 1950.

There was a massive influx of illegal immigrants from Bangladesh (formerly East Pakistan) into the State of Assam. This lead to social and political conflict in the border State of Assam. In 1985, Assam Accord was signed between the Government and leaders of Assam agitation. It brought the first amendment of the Citizenship Act[3] and thereby Section 6-A was inserted in the Act.

Section 6-A divided the illegal immigrants of Indian origin (i.e. those whose parents or grand-parents were born in undivided India) into three groups:

To detect the illegal immigrants in the State of Assam, Parliament passed the Illegal Migrants (Determination by Tribunals) Act, 1983 (IMDT Act), two years before the Assam Accord. Under the Act the Government framed the Illegal Migrants (Determination by Tribunals) Rules, 1984 (IMDT Rules). The Act and the Rules taken together, made some departure from the procedure under Foreigners Act, 1946 and Foreigners (Tribunals) Order, 1964 which was applicable for whole India.

IMDT Act and Rules were challenged before the Supreme Court in Sarbananda Sonowal v. Union of India[4] and the Court held the Act and the Rules to be unconstitutional. Thereafter, the Tribunals under IMDT Act ceased to function and statutory regime reverted to Section 6-A of the Citizenship Act, the Foreigners Act and the Foreigners (Tribunals) Order.

Section 6-A of the Citizenship Act was challenged before the Supreme Court in Assam Sanmilita Mahasangha v. Union of India[5]. A two-Judge Bench of the Supreme Court (Justice Ranjan Gogoi and Justice R.F. Nariman) framed 13 questions of law and passed it to Constitution Bench under a referral order under Article 145(3)[6]. The first issue raised in the referral order is:

Whether Articles 10 and 11 of the Constitution of India permit the enactment of Section 6-A of the Citizenship Act inasmuch as Section 6-A, in prescribing a cut-off date different from the cut-off date prescribed in Article 6, can do so without a “variation” of Article 6 itself; regard, in particular, being had to the phraseology of Article 4(2) read with Article 368(1)?

Under Article 6 of the Constitution, a person who has migrated to the territory of India from the territory now included in Pakistan shall be deemed to be a citizen of India if he, or either of his parents or any of his grandparents, was born in undivided India and in addition, has fulfilled either of the following two conditions:

A person could be so registered only if he had been resident in India for at least 6 months preceding the date of application for registration.

The migration envisaged in Article 6 only means coming to India from outside and it must have taken place before, and not after the commencement of the Constitution.

Section 6-A of the Citizenship Act provides cut-off date for the entry into the State of Assam different from that provided in Article 6 of the Constitution. Thus, there posed a conflict between Article 6 and Section 6-A as Section 6-A is said to be contradictory to Article 6.

Section 6-A was inserted by an amendment to the Citizenship Act but there was no amendment of the Constitution w.r.t. variation of Article 6 for the enforcement of Section 6-A.

† Ekta Rai is a first year student at National University of Study and Research in Law, Ranchi.

[1]  Every person who is or is deemed to be a citizen of India under any of the foregoing provisions of this Part shall, subject to the provisions of any law that may be made by Parliament, continue to be such citizen.

[2]  Nothing in the foregoing provisions of this Part shall derogate from the power of Parliament to make any provision with respect to acquisition and termination of citizenship and all other matters relating to citizenship.

[6] The minimum number of Judges who are to sit for the purpose of deciding any case involving a substantial question of law as to the interpretation of this Constitution or for the purpose of hearing any reference under Article 143 shall be five:

Provided that, where the Court hearing an appeal under any of the provisions of this Chapter other than Article 132 consists of less than five Judges and in the course of the hearing of the appeal the Court is satisfied that the appeal involves a substantial question of law as to the interpretation of this Constitution the determination of which is necessary for the disposal of the appeal, such Court shall refer the question for opinion to a court constituted as required by this clause for the purpose of deciding any case involving such a question and shall on receipt of the opinion dispose of the appeal in conformity with such opinion.

[7]  On this date, the influx from Pakistan (Control) Ordinance introduced a permit system to control the admission into India of persons from West Pakistan.

[8]  Notwithstanding anything in this Constitution, Parliament may in exercise of its constituent power amend by way of addition, variation or repeal any provision of this Constitution in accordance with the procedure laid down in this article. 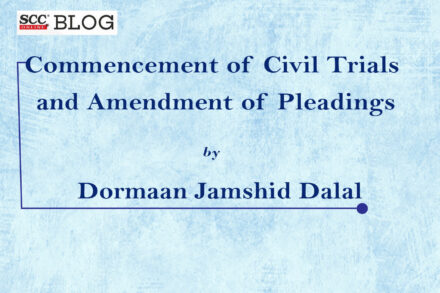 Commencement of Civil Trials and Amendment of Pleadings 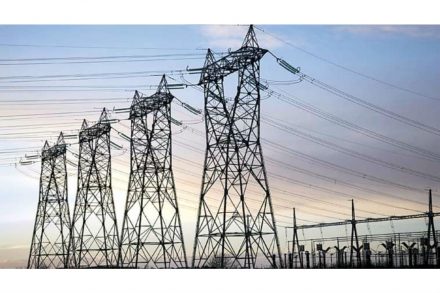 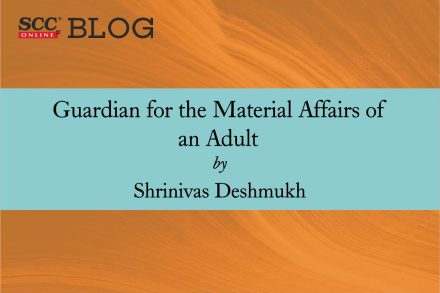 Guardian for the Material Affairs of an Adult

By Bhumika Indulia Published on August 20, 2022