(vii) Our Constitution contemplates a meaningful orchestration of federalism and democracy to put in place an egalitarian social order, a classical unity in a contemporaneous diversity and a pluralistic milieu in eventual cohesiveness without losing identity. Sincere attempts should be made to give full­fledged effect to both these concepts.

(ix) The Constitution has mandated a federal balance wherein independence of a certain required degree is assured to the State Governments. As opposed to centralism, a balanced federal structure mandates that the Union does not usurp all powers and the States enjoy freedom without any unsolicited interference from the Central Government with respect to matters which exclusively fall within their domain.

(x) There is no dearth of authorities with regard to the method and approach to be embraced by Constitutional Courts while interpreting the constitutional provisions. Some lay more emphasis on one approach over the other, while some emphasize that a mixed balance resulting in a unique methodology shall serve as the best tool. In spite of diverse views on the said concept, what must be kept primarily in mind is that the Constitution is a dynamic and heterogeneous instrument, the interpretation of which requires consideration of several factors which must be given their due weightage in order to come up with a solution harmonious with the purpose with which the different provisions were introduced by the framers of the Constitution or the Parliament.

(xii) In the light of the ruling of the nine­ Judge Bench in NDMC v. State of Punjab (1997) 7 SCC 339, it is clear as noon day that by no stretch of imagination, NCT of Delhi can be accorded the status of a State under our present constitutional scheme. The status of NCT of Delhi is sui generis, a class apart, and the status of the Lieutenant Governor of Delhi is not that of a Governor of a State, rather he remains an Administrator, in a limited sense, working with the designation of Lieutenant Governor.

(xiii) With the insertion of Article 239AA by virtue of the Sixty ­ninth Amendment, the Parliament envisaged a representative form of Government for the NCT of Delhi. The said provision intends to provide for the Capital a directly elected Legislative Assembly which shall have legislative powers over matters falling within the State List and the Concurrent List, barring those excepted, and a mandate upon the Lieutenant Governor to act on the aid and advice of the Council of Ministers except when he decides to refer the matter to the President for final decision.

(xiv) The interpretative dissection of Article 239AA (3) (a) reveals that the Parliament has the power to make laws for the National Capital Territory of Delhi with respect to any matters enumerated in the State List and the Concurrent List. At the same time, the Legislative Assembly of Delhi also has the power to make laws over all those subjects which figure in the Concurrent List and all, but three excluded subjects, in the State List.

(xvi) As a natural corollary, the Union of India has exclusive executive power with respect to the NCT of Delhi relating to the three matters in the State List in respect of which the power of the Delhi Legislative Assembly has been excluded. In respect of other matters, the executive power is to be exercised by the Government of NCT of Delhi. This, however, is subject to the proviso to Article 239AA(4) of the Constitution. Such an interpretation would be in consonance with the concepts of pragmatic federalism and federal balance by giving the Government of NCT of Delhi some required degree of independence subject to the limitations imposed by the Constitution.

(xviii) The words “any matter” employed in the proviso to clause (4) of Article 239AA cannot be inferred to mean “every matter”. The power of the Lieutenant Governor under the said proviso represents the exception and not the general rule which has to be exercised in exceptional circumstances by the Lieutenant Governor keeping in mind the standards of constitutional trust and morality, the principle of collaborative federalism and constitutional balance, the concept of constitutional governance and objectivity and the nurtured and cultivated idea of respect for a representative government. The Lieutenant Governor should not act in a mechanical manner without due application of mind so as to refer every decision of the Council of Ministers to the President.

(xix) The difference of opinion between the Lieutenant Governor and the Council of Ministers should have a sound rationale and there should not be exposition of the phenomenon of an obstructionist but reflection of the philosophy of affirmative constructionism and profound sagacity and judiciousness.

(xx) The Transaction of Business Rules, 1993 stipulates the procedure to be followed by the Lieutenant Governor in case of difference between him and his Ministers. The Lieutenant Governor and the Council of Ministers must attempt to settle any point of difference by way of discussion and dialogue. By contemplating such a procedure, the TBR, 1993 suggest that the Lieutenant Governor must work harmoniously with his Ministers and must not seek to resist them every step of the way. The need for harmonious resolution by discussion is recognized especially to sustain the representative form of governance as has been contemplated by the insertion of Article 239AA.

(xxii) The authorities in power should constantly remind themselves that they are constitutional functionaries and they have the responsibility to ensure that the fundamental purpose of administration is the welfare of the people in an ethical manner. There is requirement of discussion and deliberation. The fine nuances are to be dwelled upon with mutual respect. Neither of the authorities should feel that they have been lionized. They should feel that they are serving the constitutional norms, values and concepts. 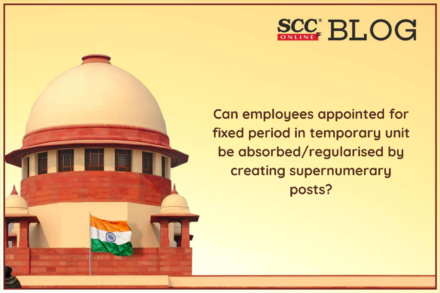 Recognition of an institution cannot be rejected on mere technical defects