International Court of Justice (ICJ): Qatar on 11th June 2018 instituted proceedings against the United Arab Emirates (UAE) at the International Court of Justice (ICJ), with regard to alleged violations of the International Convention on the Elimination of All Forms of Racial Discrimination of 21 December 1965 (CERD), to which both States are parties. Qatar contended that the UAE has enacted and implemented a series of discriminatory measures directed at Qataris based expressly on their national origin and they were still in effect, resulting in alleged human rights violations. According to Qatar, on and following 5 June 2017, the UAE expelled all Qataris within its borders; prohibited them from entering or passing through the UAE; closed UAE airspace and seaports to Qatar and Qataris; interfered with the rights of Qataris who own property in the UAE; limited the rights of Qataris to any speech deemed to be in support of or opposed to the actions against Qatar; and shut down the local offices of Al Jazeera Media Network, and blocked the transmission of Al Jazeera and other Qatari media outlets. Qatar claimed that these measures interfered with rights of Qataris to marriage and choice of spouse, freedom of opinion and expression, education and work.

As basis for the Court’s jurisdiction, Qatar invoked Article 36, paragraph 1, of the Statute of ICJ and Article 22 of the CERD. Qatar requested the ICJ in its own right and as parens patriae of its citizens to adjudge and declare that the UAE has violated its obligations under Articles 2, 4, 5, 6, and 7 of the CERD.

ICJ will hold public hearings devoted to the Qatar’s request for the indication of provisional measures from 27 to 29 June 2018. The blockade started on June 5, 2017, when the UAE, Saudi Arabia, Bahrain and Egypt severed diplomatic and trade ties with Doha and expelled Qatari citizens. The other blockading countries, Saudi Arabia, Egypt and Bahrain, are not signatories to this treaty.

Whether Section 73A of the Finance Act, 1994 applicable when service tax has been collected and retained by the Assessee; CESTAT answers 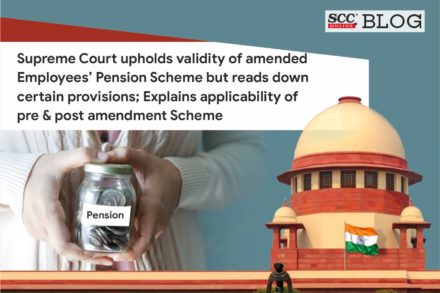