Delhi High Court: A Division Bench comprising of S. Ravindra Bhat and A.K. Chawla, JJ., allowed a letters patent appeal against the dismissal of a writ petition (hereinafter ‘subject petition’) seeking corrections/amendments to her and her parents’ names in the appellant’s class X grade sheet issued on 28.05.2016.

The case of the appellant was that her name Ms. Arya Kariyatil Chendakera, her father’s name, Sh. Kariyatil Chendakera Deleep Kumar and her mother’s name, Smt. Kavitha Deleep were recorded as Arya K C, K C Dilip and Kavitha Dilip respectively in the school records due to inadvertence which resulted in the class X grade sheet being issued with the same typographical errors. The appellant asserted that the correct names of her parents were so recorded in their respective Aadhar cards and passports, and that the mismatching of names in the said documents would lead to unnecessary hardships.

The subject petition was dismissed on grounds that it was ‘change in name’ as envisaged under Bye-Law 69.1(i) of the Examination Bye-laws 1995 and that the change itself was being sought beyond one year after the declaration of the result. The appellant contended that the relief being sought was that of ‘correction in name’ under the amended Bye-law 69.1(ii) and not 69.1(i). The appellant relied on Khushbu Kaushik v. CBSE, 2017 SCC OnLine Del 8492 to substantiate her claim.

The Court noted, upon bare perusal of the amended Bye-laws of 2015, that the provisions provide for separate dealing with ‘changes in name’ and ‘correction in name’, and hence, any application such as the present one has to be proceeded upon after inferring whether it is for ‘changes in name’ or ‘correction in name’. Moving on, the Court took a careful look at the names appearing in the class X grade card and came to the conclusion that the appellant sought merely to furnish her and her parents’ full names and correction in the spelling of the surname. Further, identities of the appellant or her parents were never in question. Noting a delay of 4 days in filing the subject petition and condoning the delay, the Court directed CBSE to carry out the necessary corrections in the names in their records and to issue a corrected grade sheet to the appellant within four weeks. Appeal allowed. [Arya Kariyatil Chendakera v. CBSE, 2018 SCC OnLine Del 8402, decided on 16.04.2018] 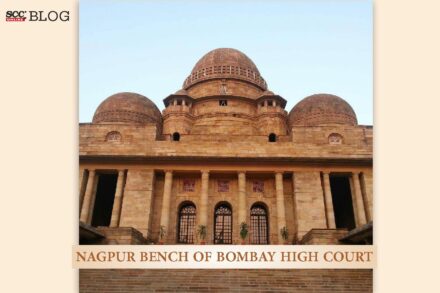 Did Sourav Ganguly play with the ‘System’? Cal HC pens down its decision in illegal allotment of plot to cricketer against State’s land allotment policy