In the 20 year old Black Buck Poaching Case, the Chief Judicial Magistrate Court at Jodhpur has awarded 5 years imprisonment to actor Salman Khan and has also imposed a fine of Rs. 10, 000 fine on him. The Court had acquitted all the other accused actors, namely, Saif Ali Khan, Sonali Bendre, Tabu and Neelam Kothari.

In October 1998, total three cases in connection with poaching and one under the Arms Act were registered against Salman. The 52-year-old actor allegedly shot two blackbucks in Bhagoda ki Dhani in Kankani village near Jodhpur during the shooting of ‘Hum Saath Saath Hain’. The other 4 actors were also present with him. Salman was charged under Section 51 of the Wildlife (Protection) Act, 1972 and others under Section 51 read with Section 149 IPC. 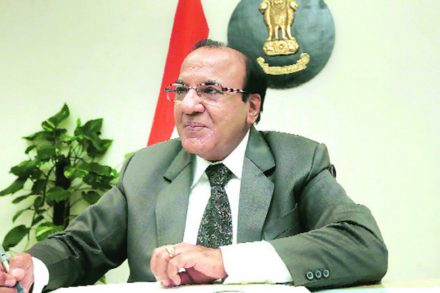