“Property is not the bastion of egoism but rather the vehicle of social exchange.” One cannot negate the steady escalation of technology or dispute its benefits, but the recent trend of protection sought under intellectual property rights, spurred by this monstrous growth is a distress signal. The trend can be labelled in just one term-hashtags. For those who are fortunately (or not) unaware of the hashtag culture, it is a tool to characterise content into groups; by placing a “#” character, also known as the hash symbol, in front of a word or a phrase, the author makes it easier for the reader to locate a work when searched by the specific word or phrase.

Hashtags are all around us. They are online, offline and the term was also announced by Oxford University Press as “Children’s Word of the Year” in 2015.[2] No more a mere symbol on the keypad of a phone, hashtags are serving as investment points for companies wanting to carve a brand niche. It is interesting to learn that popular brand campaigns #HowDoYouKFC and #McDstories, belonging to food giants KFC and McDonald, respectively, the soft drink specialist Coca-Cola company’s #smilewithacoke, the viral fundraiser #IceBucketChallenge and the global phenomenon of #TBT popularised by Instagram, are protected as trade marks. Surprisingly so, by the end of 2015 more than two hundred hashtags were registered as trade marks in the United States of America, while thousands more awaited their chance. An article published in WIPO Magazine last year[3], cites a survey establishing 64% hike in hashtag trade mark applications in 2016 as compared to previous year. Is this not a cause for concern? By according such protection, we may have diluted the concept of IPR rather than expanding it.

In 2013, the United States Patent and Trade marks Office (USPTO) addressed “Hashtag Trade marks” in the Trade mark Manual of Examining Procedure.[4] It recognised that a term containing the hash symbol or the term hashtag may be registered as a trade mark, but “only if it functions as an identifier of the source of the applicant’s goods or services”. It states further, “Generally, the hash symbol and the wording Hashtag do not provide any source-indicating function because they merely facilitate categorisation and searching within online social media … if a mark consists of the hash symbol or the term Hashtag combined with wording that is merely descriptive or generic for the goods or services, the entire mark must be refused as merely descriptive or generic.”

What was a modest beginning in the year 2007, a decade later, hashtag has earned a remarkable status. And with an unprecedented growth in social media, hashtags have managed a mind boggling feat. Safe to say, hashtags have engulfed humanity, with not a life remaining untouched (except of course, lives in the remotest parts of the earth). Addressing the concern mentioned in the previous paragraph, it is worrisome to imply gullibility in the IPR regime and the regime needs to be strengthened at a faster pace in order to maintain its sanctity.

IPR protection is commonly placed under two major theories—(i) Utilitarian (ii) Natural; the former recognising a creation or an invention thereby incentivising to create or invent further, the latter backing the idea that an individual must be able to protect the result of their creative, inventive or commercial labour. Society has a need for intellectual productions in order to ensure its development and cultural, economic, technological and social progress and therefore grants the creator a reward in the form of an intellectual property right, which enables him to exploit his work and to draw benefits from it. In return, the creator, by rendering his creation accessible to the public, enriches the community. Intellectual property law is thus the product of a type of “social contract” between the author and society.[5]

Apart from the justifications, intellectual property rights too are attached with a social function. The social function which is inherent to any legal rule allows for the rights of the individuals to be weighed against competing rights.[6] Being part of a broader legal system, these rights must always be put in context with other rights of equal value and with collective interests. Thus, works protected as intellectual property are equally important for the society as for the creator and both parties must benefit from works of the intellect. However, looking into the recent trend of according trade mark protection to hashtags, it must occur to the legal minds, to shape the social function of IP in moderation. Where necessary, checks and balances must to be placed on the human expansionist behaviour, under which law is being subjected to unnecessary widening in accordance with technology.

Globally, economies are advancing at a swift rate based on “knowledge products and intangibles”, resulting in rapid expansion of IPRs. Author Christophe Geiger[7] cites the implications of widening the ambit of IPRs, in it that such multiplication is mindless, the consequences of which are not “thought through in advance”.

Putting in perspective a wide understanding, a trade mark may be one or more words, devices or symbols—or composite of both-that is used to distinguish goods or services of one from others. Most scholars and courts agree that trade marks serve two purposes: to protect consumers from deception and confusion, and to protect the infringed mark as property. Traditionally, courts while deciding whether a trade mark is distinctive or not, will usually place a mark under any of the four categories:

Such adjudication is based on the relationship between the mark and the good/service it is associated with. Moving further, the trade mark regime was widened to include unconventional categories such as shapes, smells, colours, sounds and so on. Currently, companies also seek to register slogans as trade mark, however, the spectrum of generic-to-arbitrary/fanciful is applicable in this case as to the usual marks.

With reference to the given background, the question that arises is whether hashtags fit in the traditional legal framework for trade mark? When companies can register words, phrases or slogans as trade marks, what difference does a hashtag make?

History is witness to the fact that a major shift in provisions of a law calls for the judiciary to decide the fate for the same. So has been the case with hashtag trade marks, however, the judiciary has been divided on whether trade mark protection granted to hashtags is valid. The outcomes have been inconsistent.

In Vahan Eksouzian v. Brett Albanese[8], the Court was to analyse whether the use of a hashtag (#cloudpen) was a violation of a settlement agreement clause that prohibited the use of the terms “cloud” and “pen” in close proximity as a unitary trade mark. The defendant owned the trade marks “Cloud PENS” and “Cloud PENZ” and the agreement prohibited the plaintiff from using “the words Cloud, Cloud V, and/or Cloud Vapes in close association with the words “pen”, “penz”, “fuel”, “pad”… in association with the plaintiff’s products as a unitary trade mark.” The Court held that there was no breach “because hashtags are merely descriptive devices, not trade marks, unitary or otherwise, in and of themselves”. It found that even though the hashtag used the registered mark, “using the hashtag in this manner was not an infringing act likely to cause confusion”.

This decision was further supported in AOP Ventures Inc. v. Steam Distribution LLC[9], where the plaintiffs alleged that the defendants caused infringement of its registered mark DRIP CLUB by using the hashtag #Dripclub in atleast five social media posts. The Court stated that merely using a trade mark as a hashtag does not cause infringement of that mark.[10]

Despite these two cases, there are courts that have looked at hashtag use as supporting a trade mark infringement claim. In TWTB Inc. v. Rampick[11], the Court found the use of hashtags to be relevant to a trade mark claim and considered the use of the hashtags as evidence of a former licensee holding itself out to be the same business as a current licensee. Interestingly, in Fraternity Collection LLC v. Fargnoli[12], the Court refused to dismiss a trade mark claim against a competitor’s use of a trade mark as a hashtag and noted that the use of a competitor’s name or product as a hashtag “could, in certain circumstances, deceive consumers.”

Also supporting the enforceability of trade mark rights against hashtag use is Coca-Cola Co. v. Whois Privacy Protection Service Inc./Thien Le Trieu, Le Trieu Thien[13], where WIPO noted that once a mark was determined to be protectable (or by extension, not protectable) there was no reason to analyse the hashtag version of that same term or mark. It stated, however, that a hashtag mark not based on an existing mark would be treated the same as a non-hashtag mark in analysis, and whether the mark had acquired secondary meaning would determine if it were protectable.

The debate goes on with equal amount of support and dissent for hashtags as trade marks. Not leaning towards procedural aspects, my argument sticks to a singular reservation i.e. the social function of IPR, which is to be beneficial to the individual creator and serve the community, at the same time. A single person or company’s rights must be weighed in harmony with the rights of the society as a whole. If the right is to be used in accordance with its function, it must not be used “anti-socially” i.e. disregarding certain fundamental values and competing rights.[14] To insist on the social functions of IPRs is thus to identify a need for moderation and balance in the conception and implementation of these rights.[15]

With the meteoric percolation of social media into daily lives of people, it becomes increasingly important to limit the philosophical basis of IPR, to not bring in any and everything under the sun within an overcrowded umbrella of IP protection. In doing so, it is necessary that the underline idea behind IP protection is remembered, to give necessary protection to the creator, not a monopoly, thus giving others a chance to create further basing on what is already present. Thus, it is the need of the hour to restrict the tendency of excessiveness and harness the IPR regime to its function in order to maintain the flow of creativity in its purest sense.

The foundational philosophy of intellectual property is not to provide monopoly but competitive property rights; to promote healthy competition and lend help to creativity. However, the flurry with which private corporations take over social media with tools like hashtags, can have a cascading effect on rise in litigations. While lawmakers and judiciary must look into easing the chaos on trade mark registers, to restore strength in the IPR regime, a unanimous global decision on the parameters of IPR protection will certainly aid the situation. 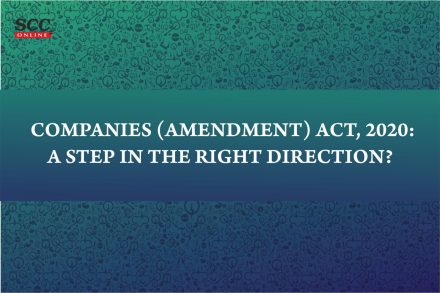 Companies (Amendment) Act, 2020: A step in the right direction? 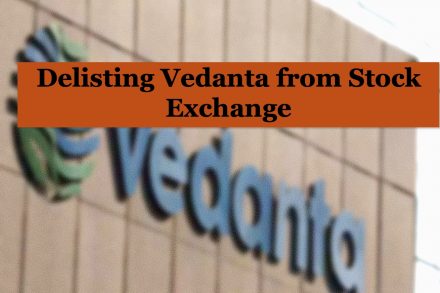 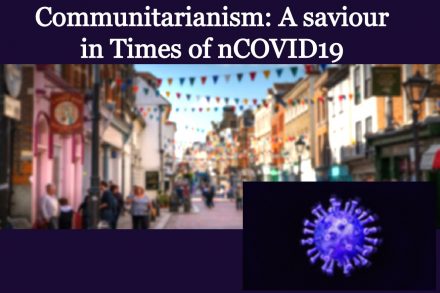 Communitarianism: A saviour in Times of nCOVID19