The Philip C. Jessup International Law Moot Court Competition is the oldest and most prestigious international Moot competition in the world, attracting participants from almost 700 law schools across more than 90 countries, in recent years. Amity Law School, Noida was host to the “Indian Rounds of Philip C. Jessup International Law Moot Court Competition, 2018” scheduled from 8th – 11th February, 2018. The Team from Gujarat National Law University, Gandhinagar were declared the proud winners while the team from National Law Institute University, Bhopal was adjudged the runners up. Teams from  West Bengal National University of Juridical Sciences, Kolkata and National Law School of India University, Bangalore were the semi-finalists who also qualified for the world rounds.

1. When did you all started preparing for the moot?

TEAM NLIU, BHOPAL – We started our preparations around the month of August only as we had to go through a set of trials after which our team was selected.

TEAM GNLU, GUJARAT – We started our preparations around the month of September, pretty late but we had a great team who came together to cover up the lost time.

2. Who was the main motivating factor and the person who you all could always depend upon in course of the moot?

TEAM NUJS, KOLKATA – Our main mentor were our seniors and few research scholars who helped us make the memorials and all other vital things regarding the moot.

TEAM NLSIU, BHOPAL – Our main mentor were our two main seniors who had participated in Jessup in 2009 and they had won quarterfinals in the international rounds as well. They were always with us during the course of the moot . We are very grateful to them.

TEAM GNLU, GUJARAT – We were very grateful to our faculties , specially the faculty for International law who helped us with all the aspects of the moot, we are highly indebted to them.

3. How does it feel like after qualifying for the International rounds to be held in Washington D.C? Has the feeling sunk in?

TEAM NLIU, BHOPAL – Yes, it’s a moment to savour and have rejoice about , the main thing is that we will be representing our nation in such a big stage , which really allows us to check how good our skills are. It’s a great feeling.

TEAM GNLU, GUJARAT – No, seriously no it’s an honour and matter of pride for our college that we are going to represent our nation in International level and compete against team of international levels and hopefully we go a long way in the International rounds as well. 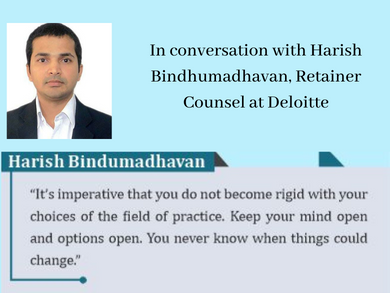 In conversation with Harish Bindumadhavan, Retainer Counsel at Deloitte 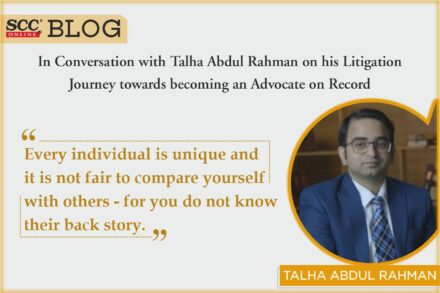