In a first, the senior most judge of the Supreme Court of India, Justice J. Chelameswar, along with Justice Ranjan Gogoi, Justice Madan B. Lokur and Justice Kurian Jospeh, held a press conference at his residence to put an end to the speculations making rounds over the differences between the judges and the Chief Justice of India, Justice Dipak Misra, over the assignment of cases.

Addressing the nation through the press conference, Justice Chelameswar said:

“With no pleasure we are compelled take the decision to call a press conference. The administration of the Supreme Court is not in order & many things which are less than desirable have happened in last few months.”

He further added that being the senior most judges of the institution of judiciary, they owed a responsibility to the institution and to the nation and hence, they tried to persuade the CJI to remedy and measures but since none of their efforts worked, they had to call for a press conference.

“We met CJI with a specific request which unfortunately couldn’t convince him that we were right therefore, we were left with no choice except to communicate it to the nation that please take care of the institution.”

Stating that it was important for the nation to know what is what, Justice Chelameswar said:

‘All four of us are convinced that unless this institution is preserved and it maintains its equanimity, democracy will survive in this country, or any country.”

The judges also provided a copy of the letter that they had written to the CJI. On the principle of Chief Justice being the ‘master of the roster’, the letter states:

Though the judges did not mention the details in the letter, they said that they did so in order to avoid embarrassing the institution but note that such departures have already damaged the image of this intuition to some extent. The judges, through the letter, told the CJI:

“There have been instances where case having far-reaching consequences for nation & the institution had been assigned by Chief Justice of this court selectively to benches ‘of their preference’ without rationale basis. This must be guarded against at all costs.”

The four judges are the senior most judges of the Supreme Court of India after the CJI. While Justice Chelameswar, Justice Lokur and Justice Jospeh are set to retire this year, Justice Ranjan Gogoi is next in line to be the Chief Justice of India after CJI Justice Dipak Misra retires on 02.10.2018.

5 Additional Judges to be Judges of Calcutta High Court 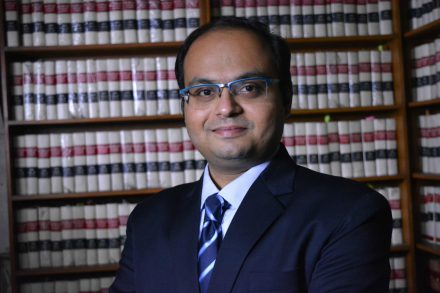