High Court of Himachal Pradesh: While deciding a criminal appeal filed under Section 374, CrPC, a Single Judge Bench of Sandeep Sharma, J. allowed the appeal holding that the statements of the prosecution witnesses nowhere connects the accused with the injury allegedly caused to the body of the deceased which resulted in his death; and if on the same evidence, two views are reasonably possible, the one in favor of the accused must be preferred.

The appeal was directed against the judgment passed by the learned Sessions Judge, whereby the appellant-accused was convicted of the offence punishable under Section 304 of IPC. It was alleged that the accused went to the shop of the deceased (a mason and a contractor), took up a fight with him and gave him head blows which resulted in his death.

Learned counsel for the accused made the Court to travel through the evidence led on record by the prosecution to demonstrate that prosecution was not able to prove beyond reasonable doubt that the deceased had died due to injuries allegedly inflicted upon his body by the accused, rather, there was ample evidence available on record, suggestive of the fact that the deceased suffered injury after having fallen from the staircase. He further contended that all the material prosecution who could be termed as spot witnesses, nowhere supported the case of the prosecution, because, all of them categorically stated that the deceased suffered injury while attempting to pick up a stone from the ground.

The High Court perused the statements of the PWs and other material on record and was of the view that statements of the PWs though suggested that a quarrel took place between the deceased and the accused but there was no positive evidence available on record suggestive of the fact that the accused gave blows on the head of the deceased, rather, the PWs in one way or the other, admitted that the deceased, while making an attempt to pick up a stone, lost his balance and fell on the cemented stairs. If the version put forth by these material witnesses was analyzed juxtaposing statement made by the accused under Section 313 CrPC, there appeared to be force in the defence taken by the accused that the deceased suffered injury after having fallen from the stairs.

The Court held that it is well settled that in criminal trials, evidence of eye witnesses requires careful assessment and needs to be evaluated for its credibility. Utmost caution is required to be exercised in dealing with situation where there are multiple testimonies and equally large number of witnesses testifying before the Court. The evidence in criminal cases needs to be evaluated on the touchstone of ‘consistency’.

On the basis of the above discussion, the Court allowed the appeal and acquitted the appellant of the offence under Section 304 and set aside the impugned judgment of the learned Trial Court. [Inder Verma @ Raju v. State of H.P., 2017 SCC OnLine HP 1507, order dated 3.10.2017]

Madras HC | “Officials getting salaries in first week every month not conscious to cost of adjudicatory delays”: HC while directing provisional release of confiscated goods 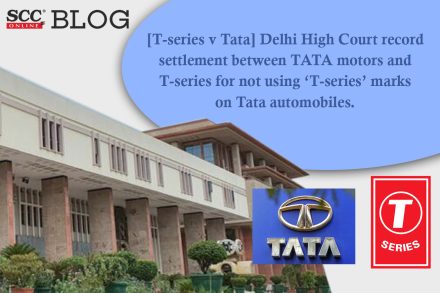