Calcutta High Court:  In an order passed by the Bench of Joymola Bagchi, J. in an appeal petition  forwarded from the Correctional Home in 2010 on behalf of the appellant, certain guidelines were issued by the High Court, to ensure that efficient legal aid/ assistance is exercised as his right to appeal.

The appeal petition was filed for challenging the order and judgment of conviction and sentence passed by the trial court on 3.07.2017. When the case first appeared on 29.06.2017, the court requested for appointment of a lawyer to prosecute the appeal. No steps were taken and finally the appeal was placed again on the date 13.07.2017.

It was also observed that all the appeal papers were forwarded from the correctional home, but since last six years no steps were taken in regard of prosecution of the appeal on behalf of appellant by the State or the legal services authority. Therefore, the Court stated that right to appeal is not a mere statutory right but a basic human right as is recognized in Article 14(5) of International Covenant of Civil and Political Rights. The Hon’ble Court while issuing the directions for assistance of legal aid also quoted that “The Fundamental Right to legal aid/ assistance may be directly availed of as a vibrant reality and does not become a distant mirage in the inert letters of legal classics”. Following are the directions issued by the Court:

i. Every Judge while pronouncing a judgment of conviction and sentence shall inform the convict about his right to prefer an appeal against the judgment including his right to avail legal aid.

ii. The above fact should be stated at the foot of every judgment.

iii. Necessary amendments may be made to Chapter X of the Calcutta High Court Criminal (Subordinate Courts) Rules, 1985 so that such duty is imposed on the trial Judge at the time of delivery of judgment.

iv. Correctional Home shall also communicate to the convict about his right to prefer an appeal with legal aid and record his willingness, if any. If the convict desires to prefer appeal with legal aid, superintendent of the  correctional home concerned should forward the necessary papers to registry along with the appellate court and secretary of legal services authority concerned.

v. Within a period of 7 days, the secretary of the correctional home concerned  should appoint a lawyer from its panel to prefer and prosecute the appeal on behalf of the appellant.

vi. Till the disposal of the appeal, the lawyer appointed should send reports quarterly to the secretary of the legal services authority concerned about the steps taken by him in regard of the appeal.

vii. Registrar General of the High Court is directed to circulate a copy of this order to every judicial officer in the State of West Bengal to ensure that the aforesaid directions are duly complied with. He shall also initiate the procedure for amendment of the Criminal Rules and Orders. 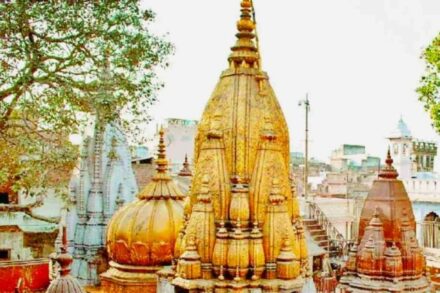