The Law Commission of India has submitted its 271st report titled “Human DNA Profiling – A Draft Bill for the Use and Regulation of DNA Based Technology” to the Government.

Recently, the Department of Biotechnology came up with a draft Bill titled “The Use and Regulation of DNA-Based Technology in Civil and Criminal Proceedings, Identification of Missing Persons and Human Remains Bill, 2016.” The Bill was forwarded to Law Commission of India for examination and its revision if required. The Commission has given its report on the Bill mainly indicating that merely amending CrPC, 1973 would not serve the purpose sought to be achieved and accordingly suggested that a special law would be required to regulate DNA profiling in India keeping in mind the scope of misuse of this technology. The new law with delineated standards, quality controls and quality assurance systems to ensure the credibility of the DNA testing would help to make sure that the technology is used only for the lawful purposes, the Commission suggested.

The Report also mentions about the laws on DNA profiling in other countries like Argentina, USA, UK, China, and Canada and so on. With regard to laws in other countries, the Commission has observed that most of the countries have enacted appropriate laws within the framework of their respective Constitutions and other legal frameworks for the aforesaid purposes.

After the aforementioned observations and studies, the Commission has made the following recommendations:

1. DNA Profiling Board – A statutory body:-

a. It has recommended for the Constitution of a DNA Profiling Board to perform various functions such as laying down procedures and standards to establish DNA laboratories and granting accreditation to such laboratories; and advising the concerned Ministries/Departments of the Central and State Governments on issues relating to DNA laboratories.

b. The Board will frame guidelines for training of the Police and other investigating agencies dealing with DNA related matters.

c. Advising on all ethical and human rights issues relating to DNA testing in consonance with international guidelines will be another function of the Board.

d. It will recommend research and development activities in DNA testing and related issues, etc.

e. Appropriate regulations may be notified by the Board for entry, retention and expunction of DNA profiles.

3. It states that DNA profiling must be conducted only for identification of a person and not for extracting any other kind of information.

5. It highly recommends the maintenance of strict confidentiality with regard to keeping of records of DNA profiles and their use.

7. Also, the under trial may request the trial court for another DNA testing if s/he satisfies the court that the previous DNA sample(s)/bodily substance(s) stood contaminated and hence could not be relied upon.

8. It has suggested that the DNA experts may be specified as Government Scientific Experts and be notified as such under clause (g) of sub-section (4) of Section 293 of CrPC.

It finally concludes by stating that the draft bill prepared intends to fulfill the very objective of human DNA profiling by DNA laboratories which will be under statutory obligations to follow stringent standards, quality control and quality assurances. This, the report states is to promote the establishment of uniform practices to be followed in all the laboratories involved in DNA profiling. 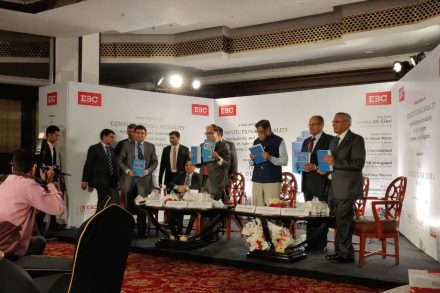