National Human Rights Commission: The National Human Rights Commission has taken suo motu cognizance of a media reports that a humiliating graffiti -‘I am poor, I take ration through National Food Security Act, NFSA’ written in Hindi is found on the walls of the houses of at least 50,000 Below Poverty Line (BPL) families in Dausa district of Rajasthan. Reportedly, an old lady, belonging to BPL category, has come up stating that nobody likes to admit how poor they are but when this was the only way to get 15 kg of wheat, there was no question of not getting this painted on my wall. A photograph of the lady with painted wall is also displayed in one of the media reports.

The Commission has observed that the media reports about this kind of humiliation, if true, amounts to violation of the Right to Dignity of the beneficiaries of the scheme. No civilized society would ever appreciate such an imprudent and irrational act of the state authorities. Accordingly, it has issued a notice to the Chief Secretary, Government of Rajasthan calling for a detailed report in the matter, along with action taken against the guilty officials, within four weeks.

According to the media reports, carried on the 23rd June,2017, Mr. Rajendra Rathore, State Minister of Panchayati Raj and Rural Development, has said that no such order was issued by the present government and the matter will be looked into as it is wrong to have “I am poor” painted on the walls. He has also, reportedly, stated that the practice of painting such labels outside the houses of the BPL families was started by the previous government through an order dated 06.08.2009. Allegedly, the government officials offer to pay the beneficiaries Rs. 750 if they painted the message on their walls.

Pat HC | State directed to deport foreign nationals charged for Tablighi activities to their respective countries; Allegation of preaching religious ideologies not being supported by any material, held to be an unfounded allegation 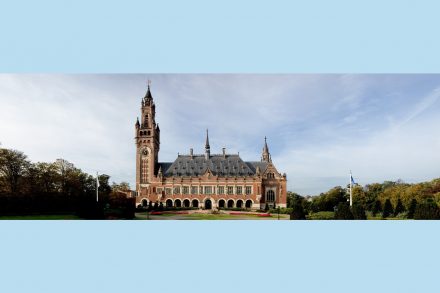 Enrica Lexie Incident| Italy must compensate India for loss of life and material damage; however India is precluded from exercising its criminal jurisdiction over Italian marines involved in the incident

Del HC | Can a country made pistol (katta) be considered as a “deadly weapon” even if it is in a state of disrepair under S. 398 IPC? HC elaborates