Supreme Court: Answering an important question of law, the bench of Kurian Joseph and R. Banumathi, JJ held that the subsequent purchaser, the assignee, the successor in interest, the power of attorney, etc., are entitled to file a case for a declaration that the land acquisition proceedings have lapsed by virtue of operation of Section 24(2) of the Right to Fair Compensation and Transparency in Land Acquisition, Rehabilitation and Resettlement Act, 2013.

Stating that the 2013 Act has made a sea change in the approach on the acquisition of land and compensation and that the Act proposes to protect the interest of those persons, among others who are affected by the acquisition, the Court said that the subsequent purchasers/successors, etc., are all people affected by the acquisition, and therefore, also they are entitled to seek a declaration on lapse under the 2013 Act. [Govt. of NCT of Delhi v. Manav Dharam Trust, CIVIL APPEAL NO. 6112 OF 2017, decided on 04.05.2017] 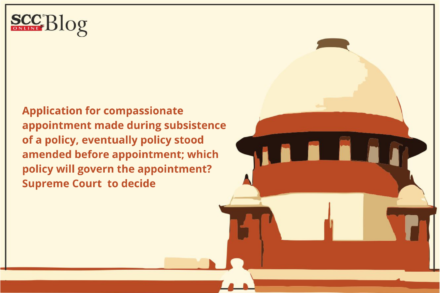 SAT | Can SAT function without a Technical Member? Read the controversy raised by SEBI