Tweet
Union Minister of Water Resources, River Development and Ganga Rejuvenation introduced the Inter-State River Water Disputes (Amendment) Bill, 2017 in Lok Sabha on 14-3-2017. Introducing the Bill the Minister called it a “Revolutionary step” towards the resolution of Inter- State River Water Disputes. the Bill proposes a Single Standing Tribunal (with multiple benches) instead of existing multiple tribunals, which shall consist of one Chairperson, one Vice-Chairperson and not more than six other Members. While the term of office of the Chairperson is five year or till he attains the age of 70 years, whichever is earlier, the term of office of Vice Chairperson and other member of tribunal shall be co-terminus with the adjudication of the water dispute.
Sushri Bharti said the Bill also provides for the appointment of Assessors to provide technical support to the tribunal. They shall be appointed from amongst experts serving in the Central Water engineering Service not below the rank of Chief Engineer. The total time period for adjudication of dispute has been fixed at maximum of four and half years. The decision of the Tribunal shall be final and binding with no requirement of publication in the official Gazette.
The Bill also proposes to introduce mechanism to resolve the dispute amicably by negotiations, through a Dispute Resolution Committee (DRC) to be established by the Central Government consisting of relevant experts, before such dispute is referred to the tribunal. The Bill also provides for transparent data collection system at the national level for each river basin and for this purpose, an agency to maintain data-bank and information system shall be appointed or authorized by Central Government.
Inter-state river water disputes are on the rise on account of increase in water demands by the States. The Inter State Water Dispute Act, 1956 which provides the legal framework to address such disputes, suffers from many drawbacks. Under this Act, a separate Tribunal has to be established for each Inter State River Water Dispute. Only three out of eight Tribunals have given awards accepted by the States, while Tribunals like Cauvery and Ravi Beas have been in existence for over 26 and 30 years respectively without any award. Delays are on account of no time limit for adjudication by a Tribunal, no upper age limit for the Chairman or the Members, work getting stalled due to occurrence of any vacancy and no time limit for publishing the report of the Tribunal. The Inter-State River Water Disputes (Amendment) Bill, 2017 proposes to streamline the adjudication of inter-state river water disputes and make the present legal and institutional architecture robust.
Ministry of Water Resources
Tweet

Minimum pension of INR 3000 per month to be awarded under National Pension Scheme for Traders, Shopkeepers and Self-Employed Person, 2019 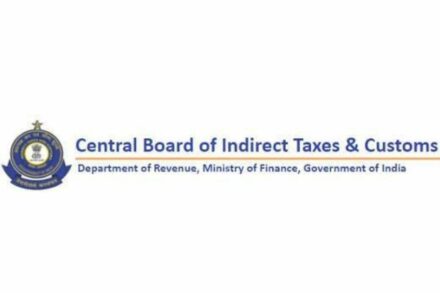