1. Please tell our readers something about your academic and professional background?

I hail from a lower middle class family of a rural area in district Meerut in Uttar Pradesh. I completed my schooling from a government school near my village. After my post graduation, I got admission for MPhil/PhD course in School of Life Sciences, Jawaharlal Nehru University Delhi. Earlier I qualified for PCS in the State of Uttar Pradesh and had subsequently qualified for Civil Services Examination -1996 and joined Indian Police Service in UP cadre. I served as Police Chief in several districts like Lucknow, Varanasi, Agra, Gautam Budha Nagar (NOIDA), Moradabad etc. As an expert on organized crime, I also served with United Nations Office on Drugs and Crime (UNODC). Currently I am on deputation to Central Bureau of Investigation (CBI).

Working in the police department, I shifted from science stream to law and did LLB from University of Lucknow and LLM from the Indian Law Institute, New Delhi, securing highest marks in both the courses. Truly speaking, gaining legal knowledge has been my passion. Dedication and determination to achieve targets with meticulous planning and periodical review of strategy, has remained the key for my life whether academics or profession. Short cut has no place in my way.

2. In recognition of your exemplary contribution to the Police Service, you were recently awarded with the coveted President’s Police Medal for Gallantry for the 3rd time & you also have a President Police Medal for Meritorious Service under you belt. Please tell us what it takes to reach this level.

I firmly believe that God was very kind and trusted me to shoulder the responsibility of policing which is a noble job as it provides instant justice to the needy. If rebirth exists, I wish to serve as cop in every life as policing is my first and last loveIn the beginning of my career, I received my first President’s Police Medal for Gallantry in 2001. Frankly, I was not even aware of such decoration at that point of time. Subsequently other medals followed with passage of time. I believe in giving my best and the rest is destiny. Blessings of teachers, parents, God and elder ones coupled with unconditional support of family and friends in odd times helps you to face any difficult phase of life. I have faced many challenges and criticism during my career, but if you are honest, accolades and appreciation follows..

3. In today’s world where it is a general belief that almost every member of the Law Enforcement agencies is tainted, how difficult it is to maintain honesty and integrity?

Honesty strengthens your inner conscience. Integrity stems from your thought which reflects in action. What one thinks, the hands work accordingly. Well, people perceive in general that police officials work under tremendous political pressure. My experience is otherwise. Personal weaknesses make an officer succumb before any unlawful demand from several corners. No one can force to become corrupt. . I also believe that public perception against political leaders may sometimes be biased. Some of the high ranked officers, working for their unscrupulous ends, are equally responsible to breed corrupt

practices into the system. Even public has a very vital role in improving work ethics and curbing corruption. In my view life is a crossing, one has to choose his own preferences.

4. You have recently completed you LL.M. from ILI, N. Delhi with a specialisation in Criminal Law and Human Rights. How important do you think it is for a member of Law Enforcement to have a Law Degree? How has this qualification helped you in dealing with the complexity of your profession on day to day basis?

Well, let me respond on police which initiates criminal justice into motion. Major problem of police is the lack of sensitivity and respect for human dignity. Indian Police has colonial origin especially designed for suppressing the commoners and pleasing the rulers. Unfortunately we have continued the same model of policing even after independence. Not only police, we as citizens, lack respect for human dignity clearly visible in every walk of life.

Understanding of law helps in finding better options for an issue. Studying at Indian Law Institute made me more sensitive towards humane face of policing. We are public servants but we generally behave as masters. Police has exclusive power of curtailing liberty even on mere suspicion. Such exhaustive power may not be judiciously enforced until and unless the policeman has understanding of what liberty is meant for. Police needs extensive and sustained training programme. Not only police, but as a sub-culture, we Indians are in general resistant to learning and to undergo training.

5. Along with performing your professional responsibilities, you’ve written a number of research articles on various legal issues and now a book on “Assisted Reproduction and Conflict in Rights”. What time management tips would you like to give to the readers?

Reading is my hobby and ever since I have studied law, it has become my passion. I have developed some understanding on assisted reproduction and surrogacy since it may result in confused parentage and legal difficulties in determining child-parents relationship and lineage and I decided to share my knowledge on the topic with the readers.

In my view no one can manage time so I always attempt to manage myself with time. If you have devotion to your passion everything falls in line.

6. Many of our readers, especially the law students, aspire to become a part of Indian Police Service. What would be your message to them?

I firmly believe that law students have a bright future in police since police, many a times, need to take instant decisions. Law provides logical reasoning and improves rationale in decision making. I believe that every one of us is the product of our society but what we return is of utmost importance. I urge the young law students to come forward and serve the nation by being a part of the Indian Police Service. 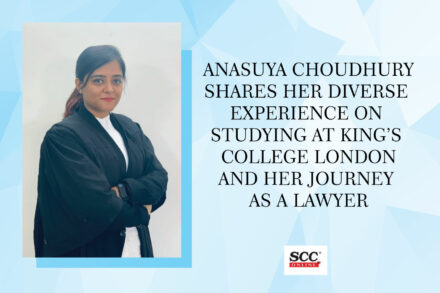 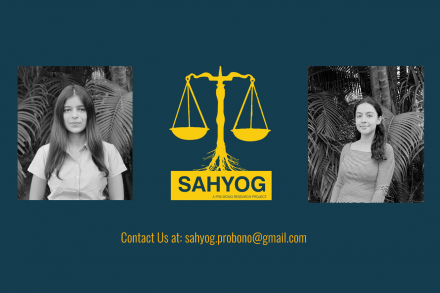 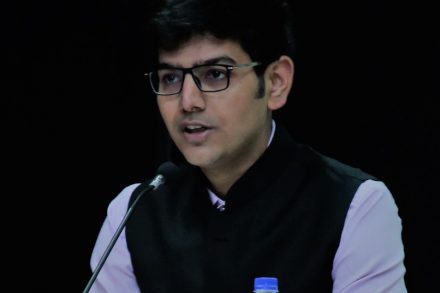