Allahabad High Court: Deciding a public interest litigation praying that the Union of India and State of U.P. be directed to introduce compulsory religious education from Class I to the post-graduate level and also provide for a syllabus for research of such education, the Division Bench comprising of Amreshwar Pratap Sahi and Dr Vijay Laxmi, JJ. in their separate judgments observed that the Courts cannot impose upon the State a particular policy for imparting any form of religious instruction or education about religion and it is for Parliament or the legislative assembly concerned that has the competence to do so. It is the appropriate government which has to decide as a matter of policy to introduce the imparting of religious education and the manner of such imparting is for the expert bodies to recommend.

A prayer was also made that the respondents be restrained from granting recognition to institutions if there is no sufficient provision for imparting religious education and that the prescription of the syllabus should also include different aspects of Islamic religion including the advent of Islam and encourages the study of Islamic literature as a source of Islam. Additionally a prescription has been sought for introducing Hindu religious scriptures in the syllabus which would lead to peace in society and foster harmony between people believing in different religions. The petitioner’s thrust is that the shadow of doubt would all be cleared by the process of learning and therefore it is necessary to invoke State action to promote education about different religions.

The petition was dismissed in view of the judgment in Aruna Roy v. Union of India, (2002) 7 SCC 368 wherein it was held that this Court can enforce constitutional provisions and laws framed by Parliament. It cannot, however, compel that a particular practice or tradition followed in framing and implementing the policy, must be adhered to. [Hindu Front for Justice v. Union of India, 2016 SCC OnLine All 681, decided on August 19, 2016] 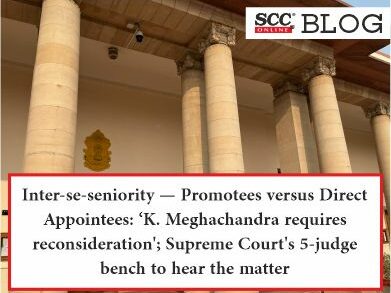