Madras High Court: Reviving a bail order cancelled by the Principal Sessions Judge, Madurai, the bench of P. Devadass J. held that, in matters of cancellation of a bail order due to default in complying with the bail conditions, opportunity must be given to the accused persons to present their case. It was held that the cancellation of a bail order cannot be done mechanically as it involves withdrawal of the liberty that has already given to the accused; hence observance of principles of natural justice is a must.

In the present case the issue was that the petitioners (husband and wife) had been granted anticipatory bail under Section 438 of CrPC and certain conditions were imposed which included regular appearance before the police at a scheduled time. Due to compliance of the same, the bail conditions with respect to the wife were relaxed. However, the police subsequently filed a petition for cancellation of the bail order on the grounds that the petitioners have not obeyed the bail condition as per the order. The Principal Sessions Judge, Madurai had accepted their contention and cancelled the bail order.

While deciding the matter, it was observed that the Court ought to have provided legal assistance in the form of an Amicus Curiae or a counsel to the accused persons so that the fact that their bail conditions had been relaxed could have been brought in to the notice of the Court. It was also observed by the Court that the grounds for the cancellation of a bail are different from the grounds that are requisites for granting a bail, therefore, more consideration is required while cancelling a bail order. It maintained that an accused cannot be at fault merely because he was not present before the police station or the Court as per the bail condition, as number of contingencies could have prevented him from fulfilling the bail conditions. Hence an opportunity should have been given to the accused. Observing that the Sessions Judge had acted mechanically while cancelling the bail order, the Court chided the Judge for acting like a ‘motionless machine’ and observed that the Sessions Judge should have acted more like a human being than as an ‘inanimate computer’, because unlike a computer, a Judge has a sense of justice to understand that cancellation of a bail order is a serious issue. [Uma Maheshwari v. The State, 2016 SCC OnLine Mad 6971, decided on 13.06.2016]

Delhi-NCR Pollution| Show cause notice to Delhi, Rajasthan, UP and Haryana Govts & an extensive list of directions to curb the ‘life threatening” pollution 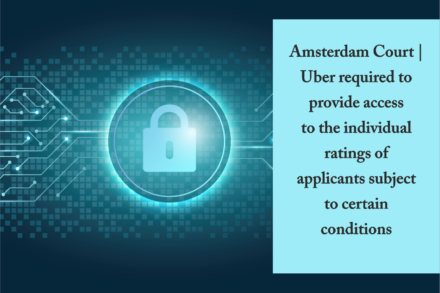 Due to burglary, customers lost their valuable articles from bank lockers. Will Bank be liable for deficiency in service? NCDRC answers