National Consumer Disputes Redressal Commission (NCDRC): While observing that the compensation granted by the State Commission in a case of loss of luggage of a passenger in one of the flights of SpiceJet Airlines, is on the lower side, NCDRC imposed an additional costs of Rs 10,000 upon the Airlines and dismissed the revision petition filed by the Airlines in the matter. Earlier, the complainant lost one out of five registered “check-in” baggages during his flight. It was alleged by the Complainant before the Consumer Forum as well as Tripura State Commission that the said baggage contained goods, such as Sony Video camera, Sony Cyber shot digital camera, cosmetics and clothes, valued at Rs.90,000/-. The Consumer Forum as well as Tripura State Commission decided in the favour of the complainant and directed the Airlines to pay Rs 50,000 to the complainant. Thereafter, the Airlines approached the National Commission against the said orders alleging that the amount awarded to the complainant was on the higher side. After perusal of material on record and hearing both the parties, NCDRC observed, “the consumer court is bound to take the ‘down to earth’ view. It must be borne in mind that a hand-baggage/attache, without any contents, itself costs about Rs.9,000/- to Rs.10,000/-. The statement made by the complainant clearly mentions that the said luggage contained goods worth Rs.90,000/-.” While holding that the deficiency on the part of the Airlines stands established, NCDRC confirmed the order passed by the Consumer Forum. “The compensation already granted by the Fora below is on the lower side. We, therefore, dismiss the revision petition with costs of Rs.10,000/- U/s 26 of C.P. Act. The said amount of Rs.10,000/- be paid by the petitioners, to the respondent/complainant, within 30 days’, from the date of receipt of copy of this order, otherwise, it will carry interest @ 9% p.a., till realization, ” NCDRC noted while dismissing the petition. [SpiceJet Ltd. v. Atanu Ghosh, 2015 SCC OnLine NCDRC 3959, decided on November 23, 2015] 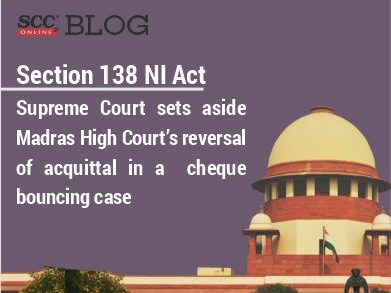