Central Information Commission (CIC): While observing that the repeated answer of “files not traceable” by the department in response to RTI query reflects disorganization and it is not acceptable in an RTI regime, CIC reprimanded the Ministry of Environment & Forests for causing loss and harassment to RTI applicant by unreasonable and illegal claim of non-traceability of records. The Commission also awarded a compensation of Rs 15,000 to the RTI applicant. The order of Commission awarding compensation came upon an appeal filed by an RTI activist who sought detailed information pertaining to diversion of certain part of Papikonda Wildlife Sanctuary for Indira Sagar Polavaram Project in Andhra Pradesh. The applicant was denied information regarding the matter by the concerned CPIO on the ground that because of the shifting of office, records of wildlife clearance granted to Poalvaram project were not traceable. After perusing the relevant records and hearing both the parties, CIC observed that the CPIO reiterated the same answer in his RTI reply, in first appeal and also before the Commission. CIC further observed that if the office of public authority was shifted to a comfortable premises, that should have provided enough scope and reason for organizing files but not to lose the files. “The repeated answer of ‘files not traceable’ is reflecting disorganization, and it is not acceptable in an RTI regime,” CIC added. The Commission noted that the Public Authority has to own the responsibility for this kind of disorganization of files as the core function of the department is to conserve forest, secure wild life and also preserve the files regarding those functions. Losing them and not expediting the process of tracing and providing that information is not proper on the part of public authority. CIC further noted that this had infringed the right to information of the community and the planned legal action for preservation of wildlife and tribal rights kept pending with endless wait. “The Commission finds it a deserving situation to compensate the appellant who is filing RTI application in public interest, and award compensation of Rs 15,000 for causing loss and harassment by unreasonable and illegal claim of non-traceability of records, which is being used as shield to stall Right to Information of the appellants,” held CIC while awarding compensation to the appellant and also directed Government of Andhra Pradesh to furnish the certified copies of complete documents relating to Wildlife Clearance granted to Indira Sagar Polavaram Project to the appellant. [D. Suresh Kumar v. Ministry of Environment, Forests and Climate Change, 2015 SCC OnLine CIC 8185, decided on 17-9-2015]

Compact Disc is “document” under Section 3 of the Evidence Act, 1872 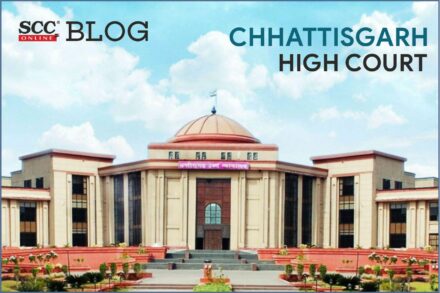