The Law Commission of India chaired by Justice A.P. Shah submitted its 262nd report on 31st August 2015 on the issue of death penalty in India. The issue was referred to the Law Commission by the Supreme Court in Santosh Kumar Satishbhushan Bariyar v. Maharashtra, (2009) 6 SCC 498 and Shankar Kisanrao Khade v. Maharashtra, (2013) 5 SCC 546. The Law Commission has previously in its 35th report (“Capital Punishment”, 1967) recommended the retention of the death penalty in India. The Supreme Court has also, in Bachan Singh v. Union of India, (1982) 3 SCC 24, upheld the constitutionality of the death penalty, but confined its application to the ‘rarest of rare cases’, to reduce the arbitrariness of the penalty. However, the social, economic and cultural contexts of the country have changed drastically since the 35th report and arbitrariness has also remained a major concern in the adjudication of death penalty cases in the 35 years since the foremost precedent on the issue was laid down. Accordingly realizing that death penalty is an issue of a very sensitive nature, the Commission decided to undertake an extensive study on the issue.

The Commission concluded after studying the issue extensively that the death penalty does not serve the penological goal of deterrence any more than life imprisonment. In fact it fails to achieve any constitutionally valid penological goals. The Law Commission also concluded that in focusing on death penalty as ultimate measure of justice to victims, the restorative and rehabilitative aspects of justice are lost sight of. It was also concluded that extremely uneven application of Bachan Singh has given rise to a state of uncertainty in capital sentencing law which clearly falls foul of constitutional due process and equality principle. Therefore, the constitutional regulation of capital punishment attempted in Bachan Singh has failed to prevent death sentences from being arbitrary and freakishly imposed. And there exists no principled method to remove such arbitrariness from capital sentencing.

Lack of resources, outdated modes of investigation, over-stretched police force, ineffective prosecution, and poor legal aid are some of the problems besetting the system. Death penalty operates within this context and therefore suffers from the same structural and systemic impediments. The administration of capital punishment thus remains fallible and vulnerable to misapplication. It was also concluded that the exercise of mercy powers under Articles 72 and 161 have failed in acting as the final safeguard against miscarriage of justice in the imposition of the death sentence. The Supreme Court has repeatedly pointed out gaps and illegalities in how the executive has discharged its mercy powers. When even exercise of mercy powers is sometimes vitiated by gross procedural violations and non-application of mind, capital punishment becomes indefensible. Further the death row phenomenon is compounded by degrading and oppressive effects of conditions of imprisonment imposed on the convict, including solitary confinement, and the prevailing harsh prison conditions. The death row phenomenon has become an unfortunate and distinctive feature of the death penalty apparatus in India which breaches the Article 21 barrier against degrading and excessive punishment.

Thus the Commission has recommended that the jurisprudence on the issue has proceeded from removing the requirement of giving special reasons for imposing life imprisonment instead of death in 1955; to requiring special reasons for imposing the death penalty in 1973; to 1980 when the death penalty was restricted by the Supreme Court to the rarest of rare cases; this shows the direction in which we have to head. Thus the time has come for India to move towards abolition of the death penalty. The commission has also recommended that although there is no valid penological justification for treating terrorism differently from other crimes, however, given the concerns raised by the law makers that the abolition of death penalty for terrorism related offences and waging war, will affect national security, there is no reason to wait any longer to take the first step towards abolition of the death penalty for all offences other than terrorism related offences.

Finally the Commission recommended that it is essential that the State establish effective victim compensation schemes to rehabilitate victims of crime. At the same time, it is also essential that courts use the power granted to them under the Code of Criminal Procedure, 1973 to grant appropriate compensation to victims in suitable cases. The voices of victims and witnesses are often silenced by threats and other coercive techniques employed by powerful accused persons. Hence it is essential that a witness protection scheme is established. The need for police reforms for better and more effective investigation and prosecution has also been universally felt for some time now and measures regarding the same need to be taken on a priority basis. 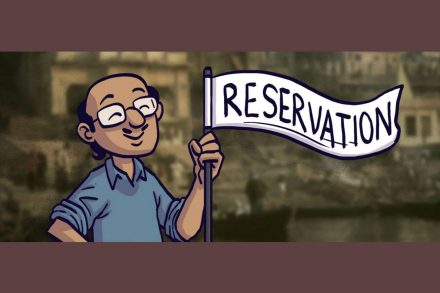