Madras High Court: Deciding upon the application filed by well known film actor Rajnikanth whereupon he prayed to the Court for the grant of permanent injunction restraining the makers of the forthcoming film ‘Main Hoon Rajnikanth’ from using his name/caricature/style/image as the same would amount to the infringement of the actor’s personality rights, the Court granted the injunction observing that if any person uses the name of a celebrity without his/her permission, the celebrity is entitled for injunction, if the said celebrity could be easily identified by the use of his/her name by others and  there being no law in India that defines personality rights, the Courts nevertheless have recognized this concept thus personality right vests on those persons, who have attained the status of celebrity. Thus the Court held that from the title of the impugned movie it can be inferred that the public perspective about the impugned movie appears to be only with reference to the plaintiff (Rajnikanth) and not any other person. The Court further referred to Work Intellectual Property Organisations’ decision in Barkha Dutt v. Easyticket 2009 SCC OnLine WIPO 1169, and observed that an unauthorized use of a celebrity’s name is not a bonafide use and if such name is used to lure users, it does not confer rights or legitimate interests on the infringer and that the right to commercially use or exploit one’s own name, vests with the person who has worked to create the fame and can lawfully restrict the third party from exploiting that fame for commercial purposes.

In the instant case, the plaintiff claimed infringement of his personality rights via his counsel P.S. Raman and it was further contended by him that the plaintiff being a cultural icon is against commercialization of his name and use/misuse of his style/ caricature etc. would amount to violation of copyright besides amounting to act of passing off, as the same would create confusion among the public and trade who would view any projects associated with him or using his name, image entirely on the basis of its supposed approval by him. The defendant counsel T.T Jacob refuted the contentions and argued that Indian law consists no specific term such as personality rights and stated that the impugned movie is not a biopic on the Tamil superstar.

The Court on perusing the contentions referred various case laws on the point and observed that since the defendants in their counter affidavits have accepted the plaintiff to be an acclaimed actor, therefore they cannot claim that the name ‘Rajnikanth’ is a common name and does not refer to the plaintiff alone and infringement of right of publicity requires no proof of falsity or deception, especially when the celebrity is identifiable. It was further observed that there were proofs in form of comments on various websites that reveal that the public evoked the name of the plaintiff while coming across the advertisements depicting the movie’s name. Shivaji Rao Gaikwad (Rajnikanth) v. Varsha Productions, decided on 03.02.2015 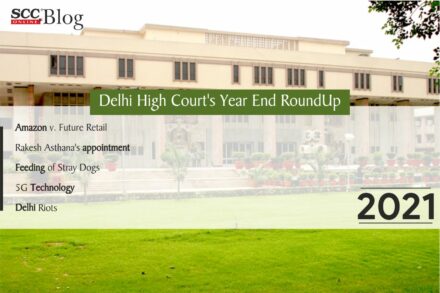