Meghalaya High Court: Disposing of a petition, the Division Bench comprising of Prafulla Pant C.J. and S.R. Sen, J. the Court refused to interfere with the decision of the Single Bench Judge of the Meghalaya High Court restraining the Board of Approval (BOA) from revoking its Letter of Permission approving the integrated cement manufacturing unit setup by Lafarge Umium Mining Pvt. Ltd in Meghalaya as a 100% export oriented unit exempted from paying import duty. The Court held that decision of the BOA to make Lafarge Ltd. liable to pay import duty for the long conveyor belt system that it proposes to setup in the Indian territory has been revised in contravention of the principles of natural justice without the petitioner being heard and that the petitioner had on the basis of principle of promissory estoppel made substantial investment for setting up of the conveyor facility .Therefore, the unilateral and arbitrary decision of the BOA withdrawing the exemption granted earlier from payment of import duty is quashed. Union of India v. M/s Lafarge Umium Mining Pvt. Ltd, WA No. 56 of 2010- , decided on June 17th, 2014

Is it mandatory to arraign firm as accused to make partner liable for dishonor of cheque under Ss. 138/141 of NI Act? HC explains

Tripura High Court | Mere presence of the accused person and last seen of the offence cannot draw an inference to committing of the crime ; Conviction reversed 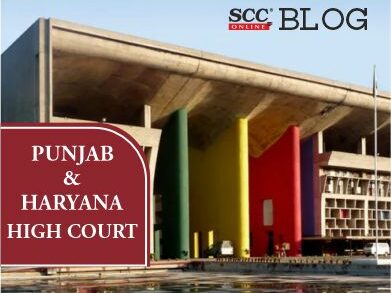