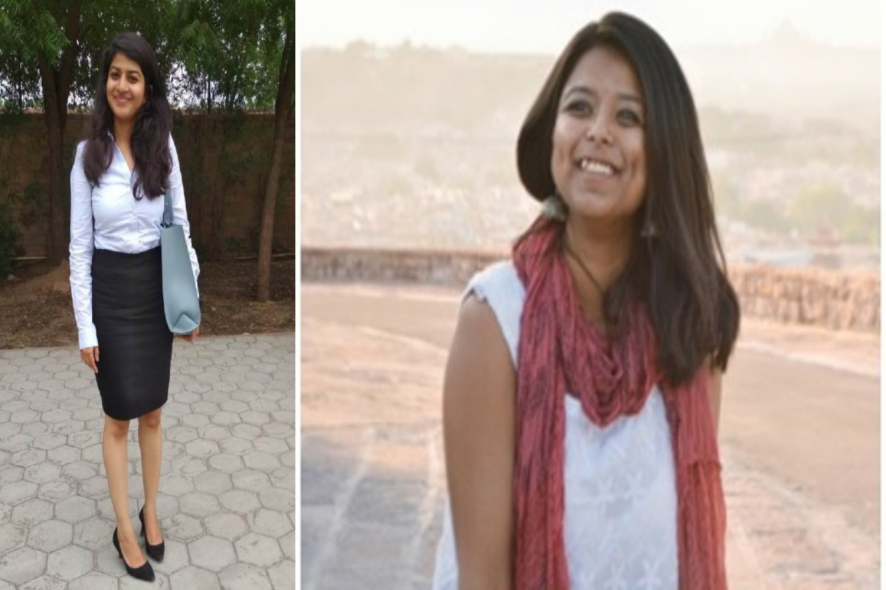 Ms. Prakrati Shah and Aiswarya Murali Team Leaders of IDIA Rajasthan Chapter recently won the Star of IDIA award. They were being interviewed by EBC student ambassador Srishti Rai on her win.

Prakrati: My name is Prakrati Shah. I am a fifth-year student from National Law University, Jodhpur, I always wanted to make a difference in the society and the most effective way to bring about any change, in my opinion would be to start from the grass roots and educate the youth. I joined IDIA at the end of my first year because it filled that lacuna. We didn’t only help create awareness about career prospects in law, but mentored these kids to ensure they get into the best law schools of the country and the opportunities that they deserved and could not get due to lack of resources.

Aiswarya: My name is Aiswarya Murali. I am a fifth year student from National Law University, Jodhpur. I have been part of IDIA for almost four years now. It has now become an integral part of my life. IDIA gave a purpose to my learning and became an operating factor to the values I hold. The happiness I secured each time I saw a trainee excel is inexplicable.

Prakrati: IDIA (Increasing Diversity by Increasing Access to Legal Education)started by Mr. Shamnad Basheer. IDIA is a Non-Governmental Organisation that works towards bringing gender, class and caste inclusivity in law schools so that everyone has an equal opportunity to fully utilise their potential.

Aiswarya: IDIA, is the acronym for Increasing Diversity by Increasing Access.  As the name suggests, this project aims at cutting across economically and socially marginalised sections by sensitising them about legal education thereby encouraging them to pursue it as a career. This was an idea envisioned by Prof. Shamnad Basheer. IDIA provides a support system to the students throughout their journey in pursuing law as a career. The working hands of IDIA being law students across the country. They run chapters in the form of teams capable of sensitising, training and financially aiding the students to enter and survive in law schools.

Prakrati: In my drop year for CLAT, I joined Make a Difference where I was an English Teacher, a Community Fundraising Mentor and team leader in the dream camp organized for underprivileged kids staying in shelter homes. Working with these kids for a year made me realize that they have great potential, however we were only able to help them till the school level and after that they needed career guidance.

After becoming a Team Leader in 2017, I am nothing but grateful for what I along with my team have managed to accomplish at NLU Jodhpur. For the academic years of 2016-19, we have managed successful negotiations with CrackClat and LawPrep, Jodhpur and have secured subsidized coaching rates upto 85% along with them taking on visually impaired kids pro bono. We have created more awareness in our college by way of signing campaigns, setting up stalls during events like NH-65 (our college cultural fest) and Dandiya night, and sending out e-mails to alumni and our peers by reaching out to them personally. We also reached out to students from the legal background so they can involve their parents with IDIA as much as possible. We also organized a lecture by Mr. Carl Malamud in collaboration with CalQ, our college journal.

Through these initiatives we raised Rs. 40,000 in the span of two weeks in November to pay the coaching fees for the IDIA Rajasthan Chapter students and Rs. 10,000 from our activities on campus this semester. We have also gotten an in-principal approval from the administration to set up IDIA stalls on campus for any forthcoming event. Keeping into mind that people have varying level of time commitments, but still want to contribute to IDIA, we have also started a volunteer system for the students in the college.

We also had a case concerning POCSO in 2017, but we did not have members equipped to deal with case and had to reach out to a student outside IDIA to help us out. This incident gave me the idea to start a legal services team for the IDIA Rajasthan Chapter which is currently looking into measures which would make our college more PWD friendly by getting special scanners for the visually impaired and ramps for physically handicapped people. We are also looking at possible alternatives of filing an RTI or a letter petition to look at the minimum qualifications for teachers in law schools to ensure a better standard of education.

The Rajasthan Chapter over the past two years has achieved certain milestones and I will always be thankful to IDIA to give me the opportunity to lead the team to achieve them and help me fulfill the vision I had when I joined law school to try my best to make a difference in the society.

Aiswarya: I believe that being part of IDIA is a two –way transformation process. While we transform lives, our own lives get transformed. I became part of IDIA in my second year. I was part of the training team in my second and third year. I taught legal reasoning and English. I focused on helping the trainees chalk out a strategy, which I believe is the most crucial part of training them. Towards the end of my third year, we were slowly delegated the works of a Team Leader and then completely transitioned into running the entire chapter. It was quite challenging however, I quickly settled in due to my eagerness in executing the changes I wanted to see.

I have been the team leader of IDIA since February 2017 along with Prakrati Shah. Apart from several inherent challenges that we face while working for IDIA, institutional challenges are a major impediment. But each time I worked for IDIA, I strived to imbibe the true meaning of IDIA and believe in it more deeply. Being a team leader has added several aspects to my personality, in the form of enhancing problem solving capability, people skills, organisation skills and welcoming challenges in its true spirit.

It wouldn’t be an overstatement if I were to say that Rajasthan Chapter is one of the efficiently-run chapters, producing the best results every year. Major credit goes to my very enthusiastic team and ever supportive director who has always been our pillar. To ensure a good success rate we constantly keep a track of the performance of our trainees. Provide them with every possible material that we can by maintaining an internal library in the chapter. We keep them updated with current affairs by providing them monthly compendiums. Finally, I believe that the most determinative factor of a competitive exam like CLAT is self-belief and the much needed mental strength for perseverance.  We ensure that the trainees are provided enough emotional support and are motivated to achieve what they are capable of. In the course of being part of IDIA, I realised that there is no happiness greater than helping someone realise their dream. To rescue someone from being victims of their circumstances and to add an extra mile to their lives. This is what IDIA means to me. Pure bliss!

Prakrati: I felt humbled in the presence of all the dignitaries present. We got to see the IDIA scholars being awarded, heard about their struggles even after joining law school and how well they are still doing for themselves. It was a platform to interact with the legal luminaries and chance to meet the people who are actually making a difference. I think I’m taking back lessons for lifetime. Getting this award has further motivated me and inspired me to work further.

Aiswarya: I was truly overwhelmed when I was informed that I was eligible for this award. My heartfelt gratitude to the entire IDIA family for this precious piece of memory. I was honoured to receive it. I am also grateful to my ever supportive family, who have always encouraged me to aim the stars and strive in the best possible manner to reach the sky. I am thankful to my friends who believed in me and gave me the emotional strength to never give up. Lastly, I believe that the real happiness is when you receive calls from your successful trainees and be a part of their happiness.Their satisfactions when you aid them embark on a journey towards a bright future. This award is a materialization of their happiness!

Aiswarya: It is important to do what gives you contentment in life. If it’s seeing transform lives of people then IDIA is the perfect place for you. There are several ways of being part of this project. If you are a law student you can join IDIA and be a part of this beautiful family. Financial aid is also very crucial. You can donate and support us. Any amount can add value to a life. The least, all of us can do is to spread a word about our project to those interested. Any mille of your help is precious for us. 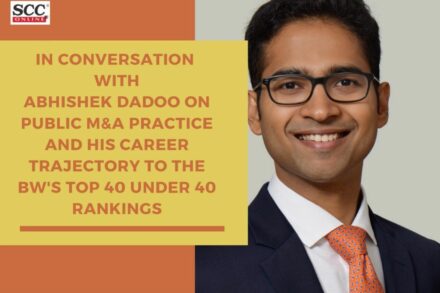 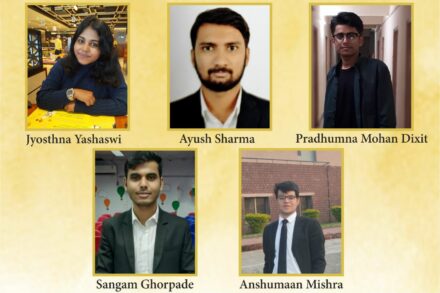 In conversation with Eklavya Scholars 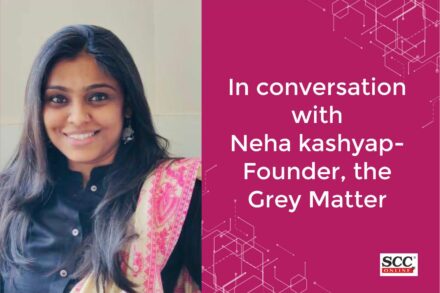 In conversation with Neha Kashyap – Founder, The Grey Matter