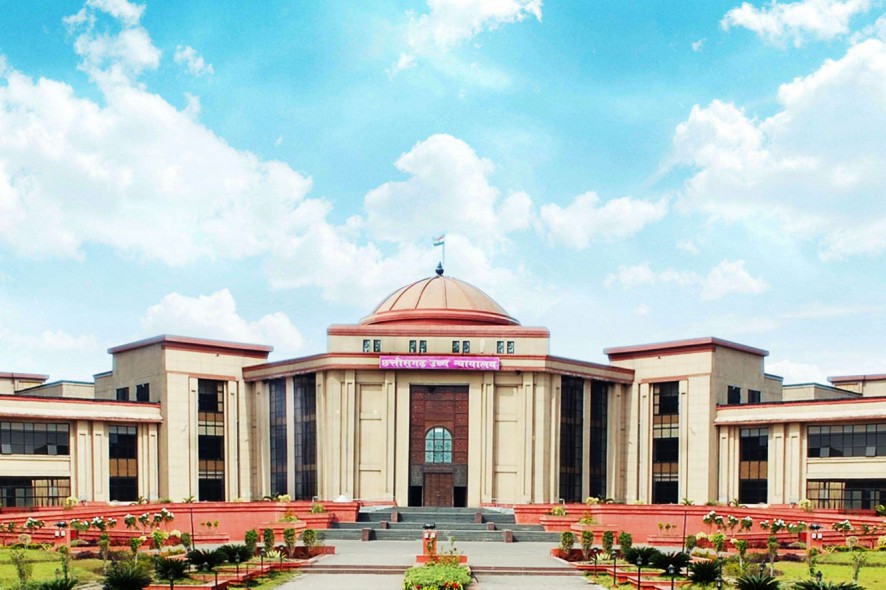 Chhattisgarh High Court: While judging the legality and validity of the decision of the Family Court, Bilaspur, which issued a decree of divorce and annulled the marriage on ground that if a husband consumes liquor and assaults his wife and her parents in such state would be reasonable enough to constitute cruelty, the Division Bench  comprising of Prashant Kumar Mishra and Chandra Bhushan Bajpai, JJ. upholding the judgement of the Family Court dismissed the appeal on the ground that the trail court has not committed any illegality in granting decree of divorce on ground of mental cruelty . The Court held that assaulting wife in a state of intoxication and creating nuisance at her work place would amount to cruelty for obtaining a decree of divorce.

While interpreting Section 13(1)(i-a) of the Hindu Marriage Act, 1955 the Court relied on several decisions of the Supreme Court in V. Bhagat v. D. Bhagat, (1994) 1 SCC 337, Sirajmohmedkhan Janmohamadkhan v. Hafizunnisa Yasinkhan, (1981) 4 SCC 250, Savitri Pandey v. Prem Chandra Pandey, (2002) 2 SCC 73, Gananath Pattnaik v. State of Orissa, (2002) 2 SCC 619, Parveen Mehta v. Inderjit Mehta, (2002) 5 SCC 706 and Naveen Kohli v. Neelu Kohli, (2006) 4 SCC 558, wherein it was held that mental cruelty constitutes a conduct which inflicts upon the other party such mental pain and suffering as would make it not possible for that party to live with the other. The Court further observed that in cases of mental cruelty it is not necessary to prove that any physical injury is caused to the health of the party claiming cruelty.
The Court further stated that there is no straitjacket formula or any exhaustive list of instances which points out that when cruelty is said to be committed by one or the other party to the marriage rather it is a matter to be decided in each case having regards to the facts and circumstances of that case.  [Anindi Mukharjee v. Shraboni, 2016 SCC OnLine Chh 1251, decided on September 15, 2016] 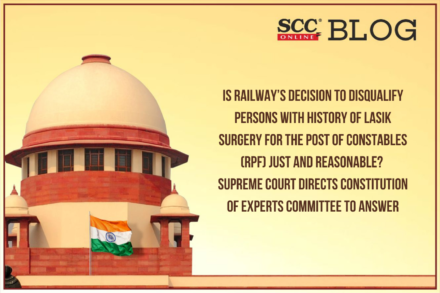 Is Railway’s decision to disqualify persons with history of lasik surgery for the post of constables (RPF) just and reasonable? SC directs constitution of experts committee to answer