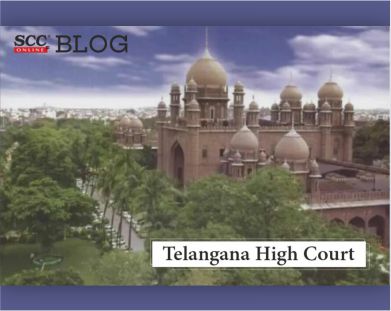 Telangana High Court: In an appeal filed by the husband against the order of the Trial Court convicting him under Section 498-A of the IPC, the Single Judge Bench of G. Radha Rani, J. upheld the order of conviction by the Trial Court and held that contradictory dying declaration consisting of consistent statements regarding abuse and cruelty can be considered.

In the present case, the husband (accused) poured kerosene on his wife (victim) and lit fire due to which she sustained 40% burn injuries and died in 2011 while undergoing treatment. On receipt of a call from the hospital, the Head Constable went there and recorded the victim’s statement. On requisition by the Police, the dying declaration of the victim was also recorded. After ten days, the victim intended to give a second dying declaration, therefore, the same was recorded on 18-07-2011. While undergoing treatment, the victim succumbed to burn injuries on 12-08-2011. The parents of the victim were examined, who stated that their son-in-law (accused) harassed their daughter (victim) for want of more dowry and after three days of the incident they were informed by their daughter that their son-in-law had poured kerosene in drunken condition on her and lit fire by closing the doors from inside.

As the death of the victim occurred within seven years of her marriage, the section of Law was altered from ‘woman burns' to Section 304-B of the IPC. After the investigation was completed, the charge sheet was filed against the accused for the offences punishable under Section 498-A and 304-B of the IPC. On considering the oral and documentary evidence on record, the Sessions Court acquitted the accused for the offence under Section 304-B. Further, the Trial Court found the accused guilty of the offence under Section 498-A of IPC and convicted and sentenced him to undergo rigorous imprisonment for a period of one year and fine of Rs. 1000. The accused preferred an appeal contending that the Trial Court failed to appreciate the conflicting versions given by the victim.

Submissions on behalf of the Appellant

Whether the judgment of the Trial Court in convicting the accused for the offence under Section 498-A of IPC and sentencing him was in accordance with law or required any interference by this court?

The Court held that though the subsequent declarations were improvements of each other, one statement was consistent that the accused used to beat the victim after drinking and constantly demanded dowry using vulgar and abusive language. Thus, the offence of Section 498-A of the IPC would be attracted due to consistent statement about harassment and cruelty by husband driving the victim to commit suicide. Therefore, the Court opined that “there was no illegality in the observation of the Trial Court in concluding that the accused was guilty of the offence under Section 498-A of the IPC and so, the Court did not find any necessity to interfere with the sentence inflicted against the accused”. The Court dismissed the appeal and confirmed the conviction and sentence inflicted against the accused by the Trial Court.

Public Prosecutor, for the Respondent. 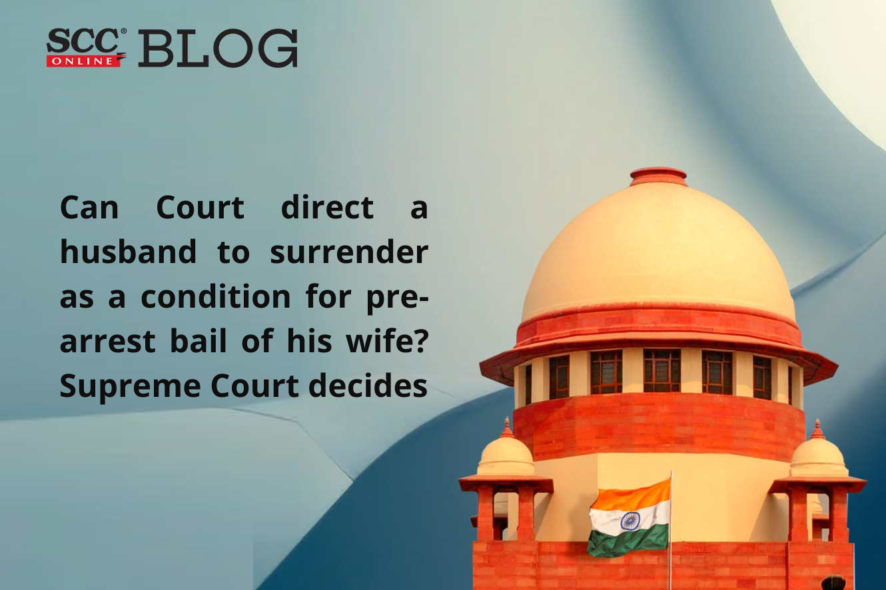 Supreme Court: In an interesting case the Vacation Bench comprising Dinesh Maheshwari and Krishna Murari, JJ., disapproved a strange bail condition imposed by the M.P. High Court. The High Court had directed the husband to surrender as a condition for pre-arrest bail of his wife.

The petitioner’s wife (applicant herein after) had approached the M.P. High Court with an application for pre-arrest bail apprehending her arrest in connection with a case registered against her husband’s family for offences punishable under Sections 304-B, 498-A, 34 of the Penal Code, 1860.

Considering that the applicant’s husband is posted at Mohana, District Gwalior which is a distant place from where the deceased resided last and the applicant has to take care of her children (two children aged 6 years and 3 years respectively), the High Court granted her pre-arrest bail with a direction to her husband to immediately surrender.

Aggrieved thereby, the petitioner, elder brother of the husband of the deceased, assailed the impugned order in the instant petition. The petitioner contended that the High Court had—while granting the prayer for pre-arrest bail to his wife— apart from the requirements of furnishing the bail bonds and surety, imposed further several conditions and then, before concluding the matter, observed as under:

“It is expected that husband of the applicant shall immediately surrender to the course of justice.”

Opining that the petitioner’s grievances were justified, the Court stated that it is inexplicable how the High Court can, while granting pre-arrest bail to the petitioner’s wife make such an observation that may operate against the interests of the petitioner; that too without extending him an opportunity to be heard. Considering the facts and circumstances of the case and the nature of accusations, the Court remarked,

“We are unable to find any logic in such a condition.”

Hence, the Court disapproved of the condition imposed on the petitioner by the High Court.

Though the Court refrained to comment on the merits of the petitioner’s case for grant of pre-arrest bail, it held that the observations occurring in the impugned order cannot and shall not operate for being prejudicial to the interests of the petitioner.

Consequently, the Court directed that the petitioner’s bail plea shall be examined by the Court concerned on its own merits. Additionally, the Court added that since the instant order was passed without notice to the other side, the respondent-State will have the liberty to apply for a modification or for any other order, if necessary.

Delhi High Court: Sanjeev Sachdeva, J., allowed a petition filed by in-laws of the deceased (wife) against the order of the trial court in pursuance of which charges were framed against them under Sections 304-B (dowry death) and 498-A (husband or relative of husband of a woman subjecting her to cruelty) IPC.

As per the prosecution, the deceased had died within seven years of her marriage. It was alleged that on the fateful, she was brought to Sanjay Gandhi Hospital where she was declared brought dead. On the MLC, the doctor opined: “alleged history of hanging and declared brought dead”. Parents of the deceased stated that she was harassed for dowry by her husband and in-laws (petitioner). A case was registered and the trial court was of the view that a prima facie case was established against the husband and the in-laws. Accordingly, the charges were framed against all the accused. Aggrieved thereby, the in-laws filed the present petition.

Anunya Mehta and Akshay Deep Singhal, Advocates for the in-laws contended that the charges against them were based on omnibus allegations and the deceased was not residing with them for last several years as she was living separately in Rohini with her husband. They prayed for discharging the in-laws.

The High Court perused both the sections. It was noted that the allegations made by parents of the deceased were all against the husband. And there were a few very general allegations against the in-laws like that of ‘continuous bickering’. There was no allegation that they ever demanded dowry. It was stated, To constitute an offence under Sections 304-B and 498-A IPC, it not mere bickering which would amount to an offence but it should be harassment of such a nature that would drive a woman to commit suicide.” The Court held that allegations against the in-laws were not such a nature so as to qualify as an offence under the said sections. In such view of the matter, the petition was allowed and the in-laws were discharged.[Satbir Dalal v. State (NCT of Delhi), 2019 SCC OnLine Del 7006, dated 14-02-2019]