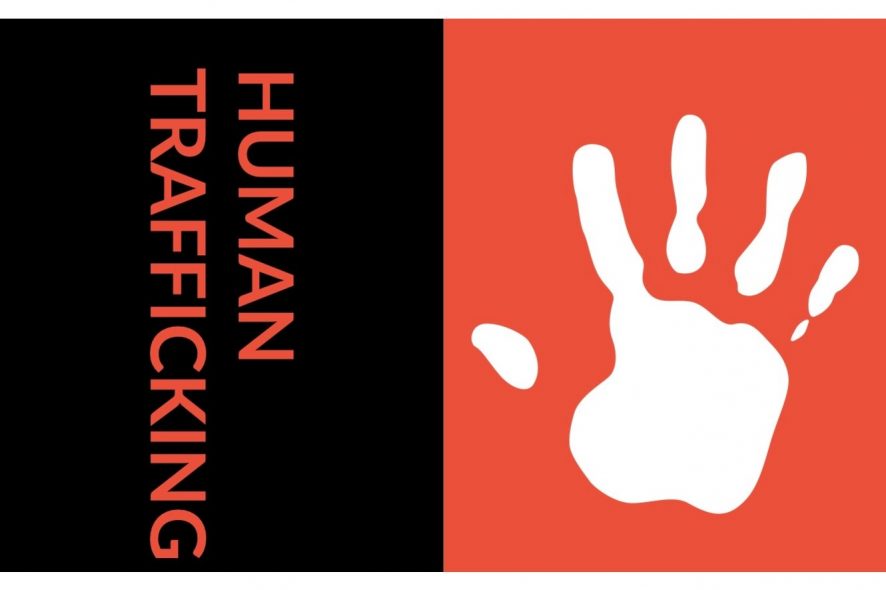 “You may choose to look the other way but you can never say again that you did not know.”

30th July is marked as the day to spread awareness of the plight of human trafficking victims with a message to make this world a better place to live in.

Human Trafficking manifests modern-day slavery, which is the most brutal form of crimes and one of the most serious human rights abuses. An individual suppressing another by using force and taking advantage of the person’s vulnerability while ravaging dignity and integrity in the most extensive form is what constitutes human trafficking.

Diminishing the self-worth of a person and leading him/her to an environment that is nothing less than prison and forcing an individual to put themselves on exhibit and act like a profit-making machine for the predators/traffickers is the essence of human trafficking.

The primary cause of this phenomenon is poverty, which draws the victim towards the trafficker by putting up their dignity on display with costs. Sometimes in the semblance of religious beliefs or at times parents trying to repay their debts push their young ones into this horrendous trap.

Trafficking in persons is defined by the UN as “the recruitment, transportation, transfer, harbouring or receipt of persons, by means of the threat or use of force or other forms of coercion, of abduction, of fraud, of deception, of the abuse of power or of a position of vulnerability or of the giving or receiving of payments or benefits to achieve the consent of a person having control over another person, for the purpose of exploitation. Exploitation shall include, at a minimum, the exploitation of the prostitution of others or other forms of sexual exploitation, forced labour or services, slavery or practices similar to slavery, servitude or the removal of organs”.

According to the United Nations, following are the elements that constitute Human Trafficking:

The Act (What is done)

The Means (How it is done)

Threat or use of force, coercion, abduction, fraud, deception, abuse of power or vulnerability, or giving payments or benefits to a person in control of the victim

The Purpose (Why it is done)

For the purpose of exploitation, which includes exploiting the prostitution of others, sexual exploitation, forced labour, slavery or similar practices and the removal of organs.

Human Trafficking is one of the gruesome acts for which several organisations have been fighting for more than a decade now.

Prevalence of a generic thought about Human Trafficking, which acts as a common belief among society is sex trafficking. This myopic belief draws a conclusion in the mind of people which is restrictive in nature in turn diluting the understanding of the real aspect of this humongous term.

Every occurrence of human trafficking, which ranges from being forced, tricked or misled into modern-day slavery or enslaving individuals for personal benefit in any manner is disastrous for any individual. If these people are able to escape a shrouded abduction and hidden enslavement, they have specific needs that are unique to their situation. We have leading agencies working on rehabilitation, but the question arises that are we as a society raising enough awareness to tackle this syndrome and put an end to it.

Traffickers lure these victims with the promise of a superior and better life and eventually leads them to be blinded and getting abused.

Human Trafficking is one of the ugliest forms of human rights violations. It is a torturous web wherein people fall prey to being tortured and exploited with no mercy on them. This gruesome act has no boundaries or discrimination, in fact, a person as old as 60 years to a child aged 5 years could also be in the line of victims/survivors.

This condemnable crime can take a step back every day if we keep taking steps forward in becoming more prudent as individuals and create awareness among people.

Karnataka High Court: S. Sunil Dutt Yadav, J. allowed this writ petition which was preferred to set aside the order of the Deputy Commissioner.

The facts of the case are that the petitioner claimed to be the legal heir of the original grantee while claiming the land, granted in favour of his grandfather on 15-07-1935 and the evidence for this lies in the extract of Saguvali Chit Register. The land was sold on multiple occasions. The respondent claimed to be the purchaser on the last occasion under the sale deed dated 11-04-1973. The Petitioner sought resumption and restoration claiming that the last sale deed was executed within the non-alienation/prohibition period of twenty years. The Writ Petition was filed about nine years later from the order of the Deputy Commissioner. Poverty and ignorance were stated to be the reason for such a delay by the petitioner.

The Petitioner contended that in the period between the last sale and the present writ petition there had been no sale transaction and no third party rights created. The petitioner further contended that the same relief should be given as granted to the parties who have approached the authority well beyond the reasonable time.

Therefore, the Court held that being ignorant and poor are not sufficient reasons for looking into the reasonableness of delay at all. In these nine years, the respondent had also applied for the conversion of the land from agricultural to non-agricultural purpose. Thus, the writ petition was dismissed and the order of the Deputy Commissioner stood confirmed.[Muniyappa v. Special Deputy Commr., Bengaluru, 2019 SCC OnLine Kar 678, decided on 07-06-2019]

Patna High Court: The Bench of Madhuresh Prasad, J. dismissed a civil writ petition, challenging cancellation of a lady’s appointment as Angan Bari Sevika, holding that the petition was devoid of merits.

The instant petition was filed praying for quashing the order issued by the District Programme Officer (DPO) whereby and whereunder petitioner’s selection as Angan Bari Sevika had been cancelled. The Court, at the very outset, noted that the petition had been filed without challenging the DPO’s order.

Contention of the respondent-State, as well as the private respondent, was that the Aam Sabha, wherein the petitioner was selected, was conducted in absence of the Child Development Project Officer. Further, the number of beneficiaries in the service area was not ascertained prior to petitioner’ selection.

The Court noted that the concerned Circular clearly contemplated that selection for Angan Bari Sevika must be done from the predominant class based on the population of beneficiaries. In view of such situation, selection of a candidate on the basis of predominance of caste or class without ascertaining the number of beneficiaries, i.e., actual population below poverty line within the various castes/class, could not be sustained and would defeat the very purpose of social welfare sought to be achieved by the Integrated Child Development Scheme through establishment of Angan Bari Centre. Thus, it was held that the selection of petitioner had rightly been cancelled.[Nirmala Kumari v. State of Bihar, 2019 SCC OnLine Pat 566, Order dated 22-04-2019]

Supreme Court of Pakistan: The Division Bench of Qazi Faez Isa and Mazhar Alam Khan Miankhel, JJ. dismissed a petition challenging assailing the judgment of Peshawar High Court vide which custody of a minor girl was handed over to her mother.

Petitioner herein, father of the minor, submitted that the child did not even recognize her mother and was not ready to go with her. He also relied on the decision of a jirga, which had decided that the custody of child should remain with the petitioner-father.

The Court noted that the petitioner worked as a labourer in Dubai and her stepmother and a divorcee sister of the petitioner looked after the child. The petitioner also had three children from his second wife. However, the respondent had not married again after divorce from the petitioner.

At the outset, the Court opined that a jirga has no legal authority to decide custody of children, and in doing so, it violated the law and Islamic injunctions. A mother cannot be compelled to part with her child by a jirga. Mother cannot be called upon to barter the right to her child’s custody to secure a divorce, nor can a child be used to settle personal scores.

The Court placed reliance on Razia Bibi v. Riaz Ahmad, 2004 SCMR 821 and opined that poverty on the part of a lady is no ground to disentitle her from the custody of minor. It was held that welfare of the minor is of paramount consideration in determining custody, and principles of hizanat must be adhered to unless there are valid reasons not to do so. The dictum in Rubia Jilani v. Zahoor Akhtar Raja, 1999 SCMR 1834 was relied on in this regard.

In view of the above, the petitioner was directed to, immediately and peacefully, handover the minor girl to her mother.[Bat Khan v. Sherin Bibi, Civil Petition No. 809-P of 2018, Order dated 08-02-2019]