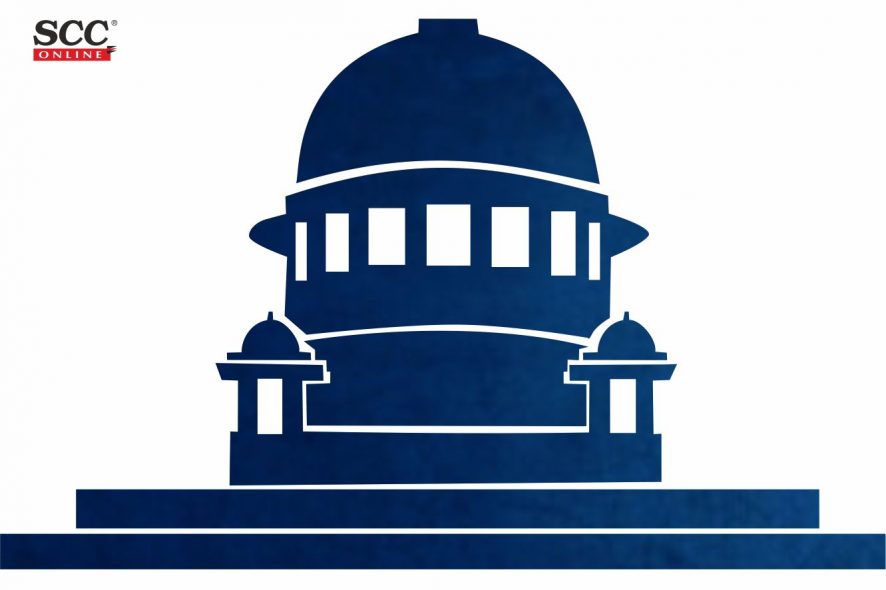 Supreme Court: In a plea seeking inquiry into the alleged anti-competitive practices of Ola and Uber of entering into price-fixing agreement, the 3-judge bench of RF Nariman*, KM Joseph, Krishna Murari, JJ has refused to interfere with the concurrent finding of CCI and NCLAT that Ola and Uber do not facilitate cartelization or anti-competitive practices between drivers, who are independent individuals, who act independently of each other, so as to attract the application of section 3 of the Competition Act, 2002.

Why was an inquiry sought?

An informant sought that the Competition Commission of India initiate an inquiry, under section 26(2) of the Competition Act, 2002, into the alleged anti-competitive conduct of ANI Technologies Pvt. Ltd. [Ola], and Uber India Systems Pvt. Ltd., Uber B.V. and Uber Technologies Inc. [Uber], alleging that they entered into price-fixing agreements in contravention of section 3(1) read with section 3(3)(a) of the Act, and engaged in resale price maintenance in contravention of section 3(1) 1 read with section 3(4)(e) of the Act. According to the Informant, Uber and Ola provide radio taxi services and essentially operate as platforms through mobile applications which allow riders and drivers, that is, two sides of the platform, to interact. Due to algorithmic pricing, neither are riders able to negotiate fares with individual drivers for rides that are booked through the apps, nor are the drivers able to offer any discounts. Thus, the pricing algorithm takes away the freedom of riders and drivers to choose the best price on the basis of competition, as both have to accept the price set by the pricing algorithm.

Further, despite the fact that the drivers are independent entities who are not employees or agents of Ola or Uber, the driver is bound to accept the trip fare reflected in the app at the end of the trip, without having any discretion insofar as the same is concerned. The drivers receive their share of the fare only after the deduction of a commission by Ola and Uber for the services offered to the rider.

What did the counsels say?

Senior Advocate Abhishek Manu Singhvi, appearing on behalf of Uber, walked the Court through the concurrent findings of fact of the CCI and the NCLAT and said that every driver of a taxi cab, who uses the Ola or Uber app, can have several such apps including both Ola, Uber and the apps of some of their competitors, and can take private rides de hors these apps as well.

Advocate Rajshekhar Rao, appearing for Ola, agreed with Dr. Singhvi’s submissions on merit but questioned the locus standi of the informant, an “independent practitioner of law”. He, thus, prayed before the Supreme Court that “in such cases heavy costs should be imposed to deter such persons from approaching the CCI with frivolous and/or mala fide information, filed at the behest of competitors.”

Additional Solicitor General Balbir Singh, appearing on behalf of the CCI, however, stated that though he would support the CCI’s Order closing the case, he would also support the right of the Appellant to approach the CCI with information.

What did the Supreme Court say?

A reading of the provisions of Competition Act, 2002 and the Competition Commission of India (General) Regulations, 2009 shows that “any person” may provide information to the CCI, which may then act upon it in accordance with the provisions of the Act. The definition of “person” in section 2(l) of the Act is an inclusive one and is extremely wide, including individuals of all kinds and every artificial juridical person.

Section 19(1) of the Act originally provided for the “receipt of a complaint” from any person, consumer or their association, or trade association. This expression was then substituted with the expression “receipt of any information in such manner and” by the 2007 Amendment. This substitution is not without significance.

A complaint could be filed only from a person who was aggrieved by a particular action, information may be received from any person, obviously whether such person is or is not personally affected. This is for the reason that the proceedings under the Act are proceedings in rem which affect the public interest. That the CCI may inquire into any alleged contravention of the provisions of the Act on its own motion, is also laid down in section 19(1) of the Act.

“Even while exercising suo motu powers, the CCI may receive information from any person and not merely from a person who is aggrieved by the conduct that is alleged to have occurred. This also follows from a reading of section 35 of the Act, in which the earlier expression “complainant or defendant” has been substituted by the expression, “person or an enterprise,” setting out that the informant may appear either in person, or through one or more agents, before the CCI to present the information that he has gathered.”

However, Section 45 of the Act is a deterrent against persons who provide information to the CCI, mala fide or recklessly, inasmuch as false statements and omissions of material facts are punishable with a penalty which may extend to the hefty amount of rupees one crore, with the CCI being empowered to pass other such orders as it deems fit.

“This, and the judicious use of heavy costs being imposed when the information supplied is either frivolous or mala fide, can keep in check what is described as the growing tendency of persons being “set up” by rivals in the trade.”

The 2009 Regulations also do not require the informant to state how he is personally aggrieved by the contravention of the Act, but only requires a statement of facts and details of the alleged contravention to be set out in the information filed. Also, regulation 25 shows that public interest must be foremost in the consideration of the CCI when an application is made to it in writing that a person or enterprise has substantial interest in the outcome of the proceedings, and such person may therefore be allowed to take part in the proceedings. Further,

“CCI must maintain confidentiality of the identity of an informant on a request made to it in writing, so that such informant be free from harassment by persons involved in contravening the Act.”

Since the CCI and the NCLAT deal with practices which have an adverse effect on competition in derogation of the interest of consumers, the Act vests powers in the CCI and enables it to act in rem, in public interest. Hence, a “person aggrieved” must, in the context of the Act, be understood widely and not be constructed narrowly.

Further, it is not without significance that the expressions used in sections 53B and 53T of the Act are “any person”, thereby signifying that all persons who bring to the CCI information of practices that are contrary to the provisions of the Act, could be said to be aggrieved by an adverse order of the CCI in case it refuses to act upon the information supplied. By way of contrast, section 53N(3) speaks of making payment to an applicant as compensation for the loss or damage caused to the applicant as a result of any contravention of the provisions of Chapter II of the Act, having been committed by an enterprise. By this sub-section, clearly, therefore, “any person” who makes an application for compensation, under sub-section (1) of section 53N of the Act, would refer only to persons who have suffered loss or damage, thereby, qualifying the expression “any person” as being a person who has suffered loss or damage.

It was, hence, noticed,

“when the CCI performs inquisitorial, as opposed to adjudicatory functions, the doors of approaching the CCI and the appellate authority, i.e., the NCLAT, must be kept wide open in public interest, so as to subserve the high public purpose of the Act.”

Punjab and Haryana High Court: Sanjay Kumar, J., quashed the proceedings under Section 499 IPC against the petitioner holding that the complainant was neither a family member nor a near relative of the deceased whose defamation was alleged to have been caused by the petitioner, and hence the complaint itself was not maintainable.

It was noted by the Court that the issue of maintainability of the instant petition under Section 482 CrPC stands settled in favour of the petitioner as the inherent powers of this Court cannot be curtailed by existence of the alternative remedy of revision under Section 397 CrPC.

Section 499 IPC defines defamation and Explanations 1 and 2 appended thereto give an indication as who would be a ‘person aggrieved’. Explanation 1 states that imputing anything to a deceased person would amount to defamation, if such imputation would have harmed the reputation of that person had he been living and such imputation is intended to be hurtful to the feelings of his family or other near relatives. Explanation 2 states that it may amount to defamation to make an imputation concerning a company or an association or collection of persons as such.

In view of the above, the Court stated that the ‘person aggrieved’ must have an element of personal interest, being either the person defamed himself or in the case of a deceased person, his family member or other near relatives.

Section 320 CrPC permits compounding of the offence of defamation but it is only the person who is defamed who can agree to the same. For the said, Patna High Court’s decision in Bhagwan Shree Rajneesh v. State of Bihar, 1986 SCC OnLine Patna 174 was referred to, wherein it was observed that though generally, the person aggrieved is only the person defamed, an exception has been made in the case of a deceased person but the ‘persons aggrieved’ even in such case are limited only to members of his family or his near relatives, whose feelings would be hurt by the defamatory statement, and none else.

In the instant case, the respondent-complainant did not claim to be a member of the family of late Chaudhary Matu Ram Hooda or his near relative. The summoning order manifested that he contended before the Magistrate that he fell within the definition of a ‘person aggrieved’ as his family was closely ‘related’ to late Chaudhary Matu Ram Hooda, but this claim seemed to have been based more on ideological considerations rather than any actual ‘relationship.

Explanation 1 to Section 499 IPC makes it amply clear that it is only the ‘family members’ or ‘near relatives’ of the deceased person, against whom imputations have been made, who can claim to be ‘persons aggrieved’.

Therefore, the respondent-complainant, who is not a ‘family member’ or ‘near relative’ of late Chaudhary Matu Ram Hooda, cannot unilaterally assume unto himself the status of an ‘aggrieved person’ under Section 199 CrPC, whereby he could assert that his feelings were hurt and maintain the subject complaint against the petitioner before the Magistrate for the alleged offence of defamation.

In view of the above discussion, the Court stated that the complaint was deficient and tainted in its very inception, therefore not maintainable. [Raj Kumar Saini v. Sant Kanwar, 2020 SCC OnLine P&H 2165, decided on 02-12-2020]