Delhi High Court: While observing that the role of ICADR Rules shall come into play with regard to the procedure to be followed, only after the arbitration commences before the appropriate jurisdiction of law, Suresh Kumar Kait, J., reiterated the observation of BGS SGS SOMA JV v. NHPC, (2020) 4 SCC 234, wherein it was stated that if the arbitration agreement provides that arbitration proceedings “shall be held” at a particular venue, then that indicates arbitration proceedings would be anchored at such venue, and therefore, the choice of venue is also a choice of the seat of arbitration.

Petitioner claimed to be one of the most reputed construction company specialized in construction of bridges and other projects across the country.

In the bidding process, the petitioner was stated to be the successful bidder with lowest bid. Therefore, respondent had issued a Letter of Award in favour of the petitioner and a formal contract was executed between the parties.

Petitioner had immediately taken steps like mobilization of resources, the appointment of various third-party Consultants.

However, respondent utterly failed in fulfilling its part of obligations, as in terms of Clause- 4.1.3 of the said Contract, the “Right of Way” in respect to the said works was to be provided by the respondent to the petitioner within 15 days of the date of the agreement, but even after expiry of the entire period of 30 months, respondent did not do so

Respondent did not even compensate the petitioner for the cost incurred by it towards fulfilling its part of obligations. Further, due to non-performance of obligations, the petitioner claimed to have incurred huge loss of productivity, turnover, overhead costs, contractor’s profits and earning capacity besides cost of construction under the Contract in question.

Vide a letter, the respondent intimated that the project as well as the contract ought to be terminated.

Further, petitioner raised an invoice towards “Termination of Payment”, which shall constitute full and final payment and respondent shall make the payment within 30 days and shall discharge the bank guarantees.

Adding to the above, petitioner also demanded extension of bank guarantees for a further period in an attempt to disown the termination notice which was already acknowledged by the petitioner.

Though the respondent communicated to the petitioner that the decision of termination of Contract was taken by Prayagraj Mela Board and till the time the said decision is under consideration and finalized by the Government of Uttar Pradesh, the Contract in question is “valid” and subsists and there is no liability towards “Termination Payment” except for refund of performance security in case the project is withdrawn by the State of Uttar Pradesh.

When efforts to amicably resolve the dispute failed, petitioner invoked the arbitration, to which the respondent communicated the petitioner that once the Contract itself has been revoked without commencement of work and bank guarantees have been returned, no dispute between the parties survives and so, the invocation of arbitration clause 26.03 was untenable.

High Court on considering the above, stated that the disputes between the parties have to be referred to an Arbitrator.

As per Clause 26.3.1, upon invocation of arbitration by either party, the proceedings shall be conducted in accordance with the Rules of Arbitration of the International Centre for Alternative Dispute Resolution, New delhi and the venue of such Arbitration shall be Lucknow.

Whether the seat of arbitration shall be New Delhi in the light that the arbitration has to be conducted in accordance with the Rules of Arbitration of the International Centre for Alternative Dispute Resolution, New Delhi

Lucknow, in the light of agreement that the venue of such arbitration shall be Lucknow?

In the Supreme Court decision of Bharat Aluminum Company Ltd. v. Kaiser Aluminum Technical Services Inc, (2012) 9 SCC 552, recognized that “Seat” and “Venue” are different and observed that the “Seat” of arbitration is the center of gravity of the arbitration and the “Venue” is the geographical location where such arbitration meetings are conducted. The Court held that under sub- Section (2), (2) and (3) of Section 20 of the Arbitration and Conciliation Act, 1996, “Place of Arbitration” is used interchangeably.

Further, in Mankastu Impex (P) Ltd. v. Airvisual Ltd., (2020) 5 SCC 399,  while dealing with the issue of whether the seat of arbitration shall be New Delhi or Hongkong, observed that mere expression of place of arbitration will not entail that the parties intended it to be the seat. The intention of the parties to the seat has to be determined from other clauses of the Agreement and the conduct of the parties.

Hence in view of the Supreme Court decision in BGS SGS SOMA JV v. NHPC, (2020) 4 SCC 234 the observation of the Court that “choice of venue is also a choice of the seat of arbitration”, High Court in the present matter found that in Clause-26.3.1 of Article-26 of the Agreement, the parties had agreed that the venue of arbitration shall be “Lucknow‟ and therefore, the courts at Lucknow shall have the exclusive jurisdiction to entertain the disputes arising out of Agreement in question.

Bench opined that the role of ICADR Rules shall come into play with regard to procedure to be followed, only after the arbitration commences before the appropriate jurisdiction of law, which was in the present matter “Lucknow”.

Therefore, it was held that Court had no jurisdiction to entertain the present petition seeing appointment of an arbitrator and hence was dismissed, with liberty to the petitioner to approach the Court at Lucknow.[S.P. Singla Constructions (P) Ltd. v. Construction and Design Services, Uttar Pradesh Jal Nigam; 2021 SCC OnLine Del 4454, decided on 23-09-2021]

For the Petitioner: Anirudh Wadhwa, Advocate

The National Human Rights Commission, NHRC, India has issued to notices to the Chief Secretary and DGP, Uttar Pradesh after taking sou moto cognizance of media reports that due to the alleged in action by the authorities on their complaint of sexual harassment, a mother-daughter duo from Amethi attempted self-immolation in front of the Lok Bhawan in Lucknow on 17.07.2020. Reportedly, the mother with 90% burn injuries died and the daughter with 15% burns is undergoing treatment in the civil hospital.

The Commission has given four weeks times for the response calling for a detailed report in the matter including action taken against the guilty and the action taken on the complaint reportedly lodged by the victims alleging sexual harassment by someone residing in their neighbourhood. The report must include the status of the medical treatment being provided to the injured woman, her health conditions and any relief given by the authorities to the injured and the aggrieved family.

Issuing the notices, the Commission has observed that the recourse taken by the victims cannot be justified but it indicates towards the reckless attitude of the authorities, who seemingly failed to take a timely action on the complaint lodged by the victims leveling serious allegations of sexual harassment against one of their neighbourers. This is a serious issue of violation of human rights. Had a timely action been initiated, the women may not have been forced to take such an extreme steps.

According to media reports, the family members of the victims have also alleged ill treatment by police personnel and the doctors at the Civil Hospital, when the son of the deceased woman visited her in the hospital. Reportedly, four persons including Amethi District AIMIM president and a local congress party leader have been arrested by the police. It is also reported that the police or the local intelligence unit had no information that the women were going to Lucknow.

Union Cabinet has approved the proposal for leasing out of three airports viz. Ahmedabad, Lucknow and Mangaluru of Airports Authority of India (AAI) through Public Private Partnership (PPP) to the highest bidder i.e. M/s. Adani Enterprises Ltd. who quoted the highest bid for these airports, for operation, management and development under PPP for a lease period of 50 years as per the terms and conditions of the bid documents.

These projects will bring efficiency in delivery, expertise, enterprise and professionalism apart from harnessing the needed investments in the public sector. This will also result in enhanced revenues to the AAI, which may lead to further investment by AAI at Tier II and Tier III cities and economic development in these areas in terms of job creation and related infrastructure. 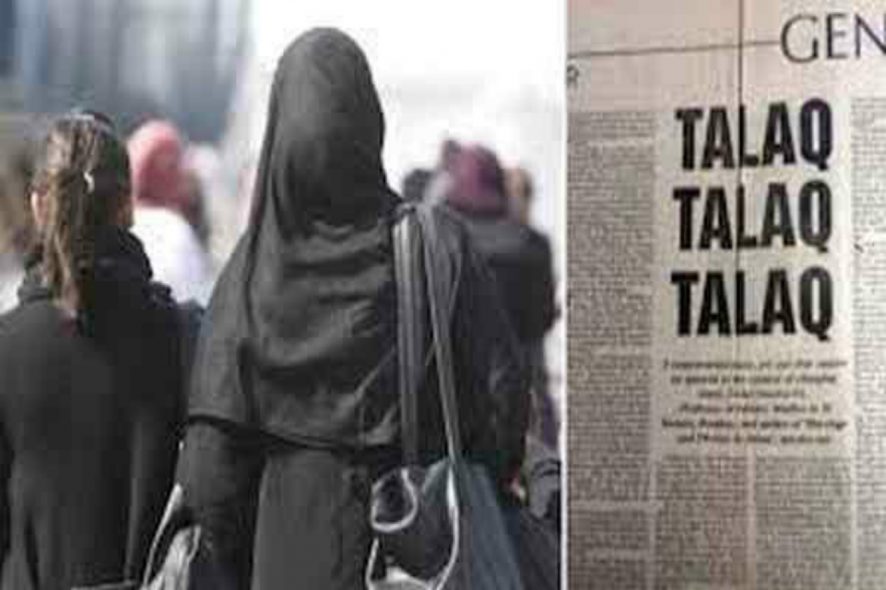 Armed Forces Tribunal, Lucknow: The Division Bench comprising of D.P Singh, J and Air Marshal Anil Chopra stating that Constitution is the mother of all the laws and has overriding effect over Personal Law as well as other provisions, practices or usage which offend the constitutional right of persons, collectively or individually, held that Triple Talaq by ex parte is Un-Islamic, inhuman and unconstitutional.

By observing all the aspects of the Muslim Personal Laws in relation to marriage and divorce in the relation to Constitutional Principles. The Court stated the following findings:

The Applicant had filed a petition under Section 14 of the Armed Forces Tribunal Act, 2007 being aggrieved with payment of maintenance to his wife, allegedly divorced under the Muslim Personal Law and had contended that his wife was entitled to maintenance for the period of Iddat only. The Tribunal rejected the claim of the applicant for lack of merit. [Lance Naik v. Chief of Army Staff, Original Aplication No. 287 of 2012, decided on 25-05-2016]