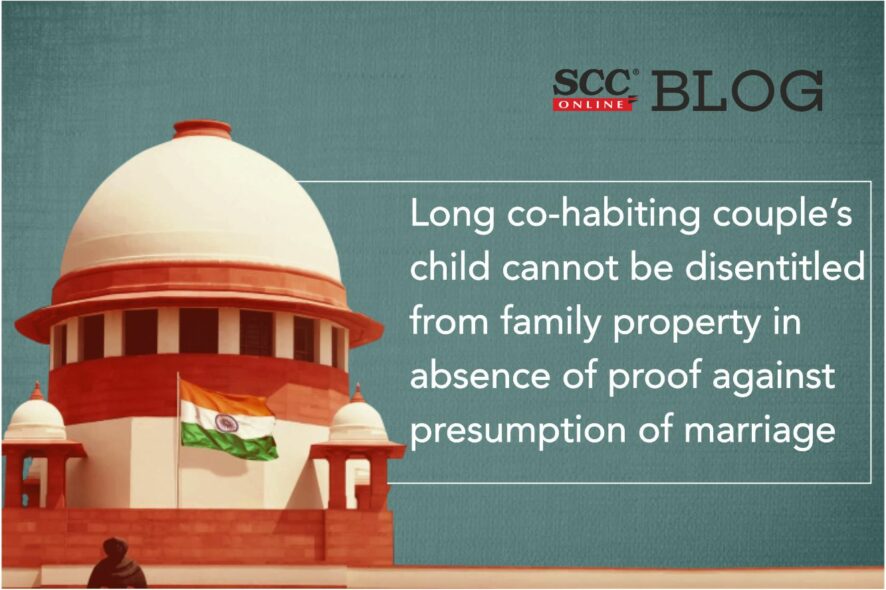 Supreme Court: The bench of Justice R. Subash Reddy and Hrishikesh Roy*, JJ has held that in a declaratory suit, where ownership over coparcenary property is claimed, the plaintiff cannot be subjected to the DNA test against his wishes.

“When the plaintiff is unwilling to subject himself to the DNA test, forcing him to undergo one would impinge on his personal liberty and his right to privacy.”

The Court explained that DNA is unique to an individual (barring twins) and can be used to identify a person’s identity, trace familial linkages or even reveal sensitive health information. The Court should therefore examine the proportionality of the legitimate aims being pursued, i.e whether the same are not arbitrary or discriminatory, whether they may have an adverse impact on the person and that they justify the encroachment upon the privacy and personal autonomy of the person, being subjected to the DNA Test.

The Court was deciding the case where, in a declaratory suit for ownership over coparcenary property, the plaintiff had already adduced ‘enough’ documentary evidence to prove relationship between the parties. The Court noticed that in such cases, the Court’s decision should be rendered only after balancing the interests of the parties, i.e, the quest for truth, and the social and cultural implications involved therein.

“The possibility of stigmatizing a person as a bastard, the ignominy that attaches to an adult who, in the mature years of his life is shown to be not the biological son of his parents may not only be a heavy cross to bear but would also intrude upon his right of privacy.”

The Court held that in such kind of litigation where the interest will have to be balanced and the test of eminent need is not satisfied our considered opinion is that the protection of the right to privacy of the Plaintiff should get precedence.

It was, hence, held that the respondent cannot compel the plaintiff to adduce further evidence in support of the defendants’ case. In any case, it is the burden on a litigating party to prove his case adducing evidence in support of his plea and the court should not compel the party to prove his case in the manner, suggested by the contesting party.

DNA test is not to be directed as a matter of routine but only in deserving cases. The presumption of legitimacy is this, that a child born of a married woman is deemed to be legitimate, it throws on the person who is interested in making out the illegitimacy, the whole burden of proving it. The law presumes both that a marriage ceremony is valid, and that every person is legitimate. Marriage or filiation (parentage) may be presumed, the law in general presuming against vice and immorality.

The discretion of the court must be exercised after balancing the interests of the parties and whether a DNA Test is needed for a just decision in the matter and such a direction satisfies the test of “eminent need”.

In the said case the husband alleged infidelity against his wife and questioned the fatherhood of the child born to his wife. In those circumstances, it was held that when the wife had denied the charge of infidelity, the Court opined that but for the DNA test, it would be impossible for the husband to establish the assertion made in the pleadings. In these facts, the decision of the High Court to order for DNA testing was approved by the Supreme Court.

Can a direction to undergo DNA Test be given in proceedings for divorce to establish the husband’s assertion of infidelity and adultery on the part of the wife without the child in the party array?

To prove infidelity and adulterous act on the part of his wife, the petitioner had taken a specific plea that he was suffering from infertility and incapable to have a child. An application to conduct DNA test had been filed by the petitioner to prove that he was not the father of the child, however, the request was dismissed by the Court below on the ground that the child was a necessary party to the petition and without the child on the party array, its paternity and legitimacy could not be determined.

Placing reliance on Section 112 of the Indian Evidence Act, the wife of the petitioner argued that once the validity of marriage is proved, there is strong presumption about the legitimacy of children born from that wedlock and the presumption could only be rebutted by strong and conclusive evidence. Similarly, non access between the husband and wife is the only way to dislodge the conclusive presumption enjoined by Section 112 of the Evidence Act, hence, the prayer for DNA test could not be allowed in the absence of strong prima facie proof of non access.

Noticeably, after 22 days of the marriage the petitioner had to left for his place of work at Ladakh as he was employed at military service and during those 22 days or thereafter there was no physical relationship between them due to the non co-operation of respondent 1. The definite case of the petitioner was that he was suffering from infertility and there was no possibility for him to have a child.

In Dipanwita Roy v. Ronobroto Roy, (2015) 1 SCC 365, the Supreme Court had held that, “DNA testing is the most legitimate and scientifically perfect means, which the husband could use, to establish his assertion of infidelity. This should simultaneously be taken as the most authentic, rightful and correct means also with the wife, for her to rebut the assertions made by the respondenthusband, and to establish that she had not been unfaithful, adulterous or disloyal. If the appellant-wife is right, she shall be proved to be so.”

Similarly, in Nandlal Wasudeo Badwaik v. Lata Nandlal Badwaik, (2014) 2 SCC 576, the Supreme Court took the view that the result of a genuine DNA test is scientifically accurate and when there is conflict between a conclusive proof envisaged under law and a proof based on scientific advancement accepted by the world community to be correct, the latter must prevail over the former.

Relying on the decisions of the Supreme Court, the Court opined that it would be permissible for a court to direct the holding of a DNA examination, to determine the veracity of the allegations constituting the grounds for divorce if a strong prima facie case is made out.

Can legitimacy of a child be determined without the child being on the party array?

The Bench explained that there are two tests for determining the question whether a particular party is a necessary party to the proceedings or not:

Hence, since original petition was not one under S.7 (1) r/w Explanation (e) of the Family Courts Act for a declaration as to the legitimacy of any person and it was a petition only for dissolution of marriage u/s 13 of the Hindu Marriage Act, the Bench held that the presence of child does not have any bearing whatsoever in deciding the petition for dissolution of marriage on merit. Answering the question referred in affirmative, the Bench stated,

“The illegitimacy or paternity of the child is only incidental to the claim for dissolution of marriage on the ground of adultery or infidelity. The child’s presence is not necessary to adjudicate the relief claimed.”