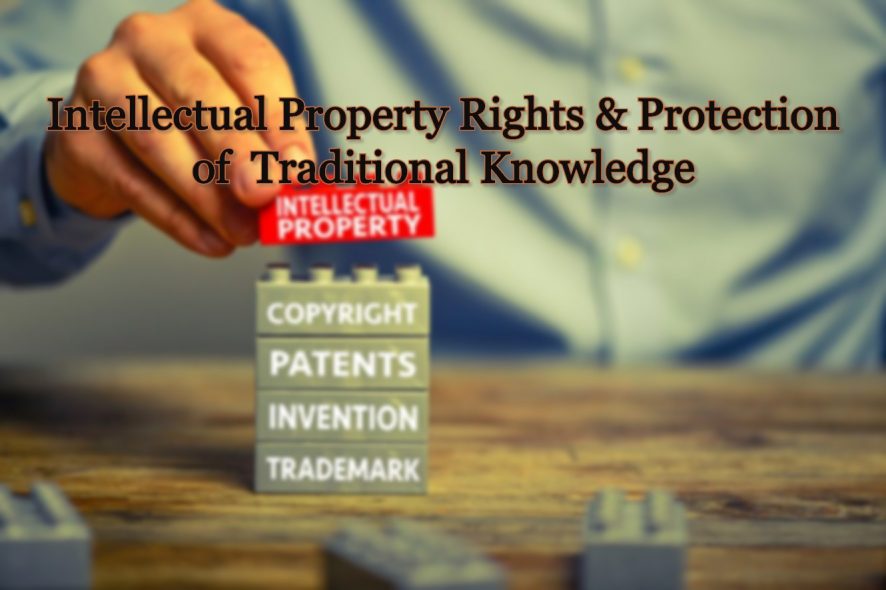 1. Intellectual Property Rights is an acronym that hardly needs to be expanded nowadays. Everyone, who matters in scientific circles, is talking about intellectual property rights, and the importance of protecting scientific discoveries, with commercial potential, in a tight maze of patents. Legitimacy of the global intellectual property right system is in question for its inability to generate symmetrical opportunities for traditional knowledge-holders vis-à-vis the inventors and innovators in the formal sector. The status accorded to traditional knowledge and folklore poses particularly profound moral, legal, social and political problems. Such knowledge is not limited to definable or articulate sets of knowable elements. Yet, inter-generational equities could be irreversibly impacted internationally depending on the way solutions to appropriate benefits are structured by vesting ownership or use rights in such knowledge because resource availability and resource use would both be impacted.

2. Liberalisation and globalisation have dramatically altered perceptions about science and its practice in India. The unabashed drive to patent and protect every conceivable scientific advance, no matter how incremental, has now reached a ridiculous level in the West. American and multinational companies, never known for moderation and thoughtfulness, when commercial interests are involved, have set out to fence vast areas of science under the guise of protecting intellectual property. Exponential growth of scientific knowledge, increasing demand for new forms of intellectual property protection as well as access to IP related information, increasing dominance of the new knowledge economy over the old ‘brick and mortar’ economy, complexities linked to IP in traditional knowledge, community knowledge and animate objects, will pose a challenge in setting the new 21st century IP agenda. In the context of trade and business, Trade Related Aspects of the Intellectual Property Rights (TRIPS) and the Convention on Bio-diversity (CBD), respectably, required the creation of new economic rights and obligations to complement the IPR system under World Intellectual Property Organisation (WIPO). Matters concerning traditional knowledge, hitherto pursued only in the form of cultural rights or heritage issues at the UN, UNESCO and WIPO are regarded relevant also for development rights for which the United Nations Conference on Trade and Development (UNCTAD) was created and economic rights for which earlier UN-ECOSOC and more recently, WTO have been mandated. Also, there are certain categories of traditional knowledge like traditional medicine which still are subserving the public health objectives under WHO’s Traditional Medicine Strategy for 2002-2005. Moreover, traditional knowledge is valued not because of antiquity but because more of it is transmitted orally, as part of knowledge necessary to sustain lives and livelihoods and it has an economic value which is variable.

4. The second protective paradigm (often called “positive protection”) seeks to secure protective legal rights over traditional knowledge. This is achieved by either using the existing laws or using legislative means to enact new sui generis laws. Some have argued that some countries like the United States may face constitutional problems with granting perpetual rights to these communities. They also raise utilitarian concerns with granting legal rights to traditional knowledge. For instance, some forms of traditional knowledge (such as cures for disease) may be used to help others; and of exclusive rights were granted, some may go upheld. Other concerns deal with the equitable sharing of benefits and resources.

5. Indigenous and local communities have argued that they generally don’t use such incentives to innovate. Their use of knowledge is spiritually and culturally guided. Misappropriation and misuse of this knowledge may violate customary laws that are at the core of their collective and cultural identity. These beliefs are currently protected by a number of constitutional provisions and statutory laws, and are increasingly being recognised as a distinct human right within the United Nations.

Similarly, indigenous and local communities have argued that public claims in their knowledge without their consent amounts to a misappropriation of their identity and heritage, a violation of their fundamental, inalienable and collective human rights.

A. THE NEEM CASE

6. A controversy that can be tagged as a first for India and which rose doubts about strict patent system was the granting of patent to a company, namely, W.R. Grace. The company was granted a patent in the US and the European Union, for a formulation that held the active ingredient in the neem plant in the stable storage of azadirachtin, and the same was planned to be used for its pesticidal properties. It was admitted by the applicant regarding how the pesticidal uses of neem were known and he pointed out to the fact that storing azadirachtin for a longer duration is difficult without the use of neem. The US patent granted, covered a limited invention whereby the applicant was only given the exclusive right to use azadirachtin in the particular storage solution described in -the patent.

The grant of the said patent caused an uproar and it was challenged through re-examination and post-grant opposition proceedings before the United States Patent and Trade Mark Office (USPTO) and the European Patent Office (EPO), respectively. Though there was no success at the USPTO, the European Patent Office ruled in favour of the opposition stating the patent granted, lacked in novelty and inventive step.

B. THE ‘JEEVANI’ AND ‘KANI’ TRIBES

7. New experiments are beginning to emerge on benefit-sharing models for indigenous innovation. An example of India is worth sharing. It relates to a medicine which is developed from and based on active ingredients in a plant, Trichopus zeylanicus (Arogyapaacha), found in South-Western part of India. Scientists at the Tropical Botanic Garden and Research Institute (TBGRI) in Kerala learnt of the plant, which is claimed to bolster the immune system and provide the additional energy. The medicine is traditional knowledge used by Kani Tribe. These scientists isolated and tested the ingredient and incorporated it into a compound, which they christened ‘JEEVANI’, the giver of life. The tonic is being manufactured by a major Ayurvedic drug company in Kerala.

8. Two US based Indians, Suman K. Das and Hari Har P. Cohly were granted a US Patent 5,40,504 on 28.03.1995 on use of turmeric in wound healing. The patent was assigned to University of Mississippi Medical Centre, USA. This patent claimed the administration of an effective amount of turmeric through local and oral route to enhance the wound healing process, a novel finding. Any patent, before it is granted, has to fulfil the basic requirements of novelty, non-obviousness and utility. Thus, if the claims have been covered by the relevant published art, then the patent becomes invalid. CSIR could locate 32 references (some of them being more than 100-year-old and in Sankrit, Urdu and Hindi), which showed that this finding was well-known in India prior to filing of this patent. The formal request for re-examination of the patent was filed by CSIR at USPTO on 28.10.1996. On 20.11.1997, the examiner rejected all the claims once again as being anticipated and obvious. The re-examination certificate was issued on this case on 21.04.1998 bringing the re-examination proceedings to a close.

PROTECTION AND PROMOTION OF TRADITIONAL KNOWLEDGE

A. RE-EXAMINATION OF US PATENT ON BASMATI

9. Rice Tec Inc. had applied for registration of a mark ‘TEXMATI’ before the UK Trademark Registry. It was successfully opposed by Agricultural and Processed Food Exports Authority (APEDA). One of the documents relied upon by Rice Tec as evidence in support of the registration of the said mark was the US Patent 5,663,484 (hereafter referred to as ‘484 patent’) granted by US Patent Office to Rice Tec on 02.09.1997 and this is how this patent became an issue for contest. The said patent covered 20 claims covering not only a novel rice plant but also various rice lines; resulting plants and grains, seed deposit claims, method for selecting a rice plant for breeding and propagation.

10. In the wake of this controversy, the Government of India set up a Task Force under the Chairmanship of Secretary, Ministry of Industrial Development, to examine the possibilities of filing a re-examination request against the above-mentioned US patent. The Task Force, in turn, set up a technical committee comprising primarily the ICAR and CSIR scientists to examine the patent specification in detail and to collect necessary documentary evidence that may be required to file the re-examination request against the US patent. Evidence from IARI Bulletin was used against Claims 1517. Eventually, a request for re-examination of this patent was filed on 28.04.2000. Soon after filing the re-examination request, Rice Tec chose to withdraw 15 claims and the threat of infringement by the export of Basmati grains to US has been averted. Now, with the surrender of all the other broad claims, even the alleged threat to the export of grains of insensitive rice lines from India has been averted.

B. RULINGS RELAVENT TO YOGA

11. In this regard, the applicant registered his copyright interest in the book regarding sequence of asanas with the Copyright Office, and then, in 2002 he filed a supplemental registration i.e. a correction filed when the original registration is incorrect or incomplete. According to the said supplemental registration, the applicant was not only claiming rights in the book itself but also on the sequence of 26 asanas taught in the book. An organisation called Open Source Yoga Unity, which, according to its website, is a non-profit collective to ensure the continued natural unfettered development of Yoga, challenged this supplemental registration and asked the US District Court for the Northern District of California to issue a declaratory judgment saying that the applicant could not have exclusive rights over the sequence of asanas as mentioned in the book. However, the said argument was rejected by the Court in 2005, stating that the sequence might be protectable as a compilation. Later, when a question was put to the Copyright Office for its opinion on the said matter, the agency in June 2012 issued its Policy Statement, which concluded that sequences of yoga asanas or any sequence of exercises or movements, excluding choreography, could not be protected as compilations, as they were not compilations of literary works, musical works, or any of the other kinds of works protected by the copyright law.

Within six months, the Policy Statement formed the basis of another court’s decision, when in December 2012, the US District Court for the Central District of California was faced with another dispute over Bikram Yoga. The dispute started when two yoga instructors in Buffalo, New York completed the certification course from the applicant and were authorised by his organisation to teach the basic Yoga system. They formed their own educational enterprise, Evolation Yoga LLC, and opened a series of yoga schools. The applicant sued Evolation Yoga LLCa lleging copyright infringement, however the court granted summary judgment for Evolation, stating that as a matter of law a sequence of yoga asanas cannot be copyrighted.

12. These cases were an eye opener and they triggered the Government of India to create Traditional Knowledge Digital Library (TKDL) and also to include traditional knowledge in the International Patent Clarification System. TKDL is an initiative by India to digitise and document knowledge available in the public domain to facilitate systematic arrangements, dissemination and retrieval of information. While granting patents, authorities check invention to prior art in public domain. Documentation of knowledge will help them trace invention in public domain and help them to know whether it is eligible for patents, thus preventing misappropriation of traditional knowledge.