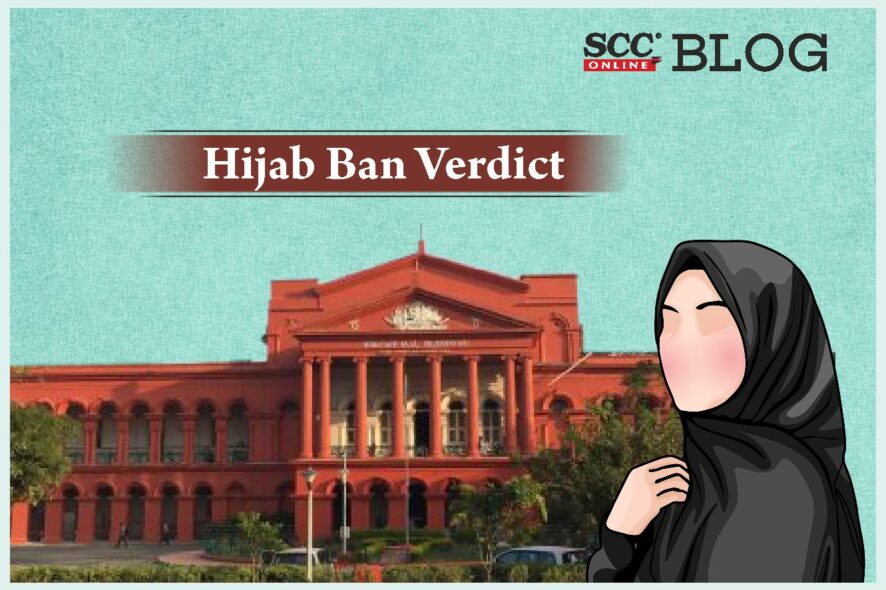 Dismayed as to how all of a sudden that too in the middle of an academic term the issue of hijab is generated and blown out of proportion, Court remarked that some ‘unseen hands’ are at work to engineer social unrest and disharmony in the way ‘hijab imbroglio’ unfolded.

Let’s breakdown the Hijab Case in the simplest way:

What was the issue?

The whole issue was the aftermath of a Government Order dated 5th February, 2022 issued under the Karnataka Education Act 1983 by the State of Karnataka.

What did the Government Order state?

The order directs the College Development Committees all over the State to prescribe ‘Student Uniform’, presumably in terms of Rule 11 of Karnataka Educational Institutions (Classification, Regulation & Prescription of Curricula, etc.) Rules, 1995.

What did the interim order of the Court state?

What did the detailed Judgment pronounce today, consist of?

Four Key questions were dealt with, the first one was:

Q.1 Whether wearing Hijab is a part of essential religious practice in the Islamic faith protected under Article 25 of the Constitution?

“…at the most is a means to gain access to public places and not a religious end in itself. It was a measure of women enablement and not a figurative constraint.”

Therefore, wearing of hijab by Muslim Women does not form a part of essential religious practice in Islamic faith.

Q.2 Whether there is power to prescribe dress code in educational institutions?

“…it is impossible to instill the scientific temperament which our Constitution prescribes as a fundamental duty vide Article 51A(h) into the young minds so long as any propositions such as wearing of hijab or bhagwa are regarded as religiously sacrosanct and therefore, not open to question. They inculcate secular values amongst the students in their impressionable & formative years.”

“It is nobody’s case that the dress code is sectaraian.”

Hence, the prescription of school uniform is only a reasonable restriction constitutionally permissible which the students cannot object to.

“…hardly needs to be stated that uniform can exclude any other apparel like bhagwa or blue shawl that may have visible religious overtones.”

Hence, the government has power to issue the impugned Order dated 5th February, 2022 and that no case was made out for its invalidation.