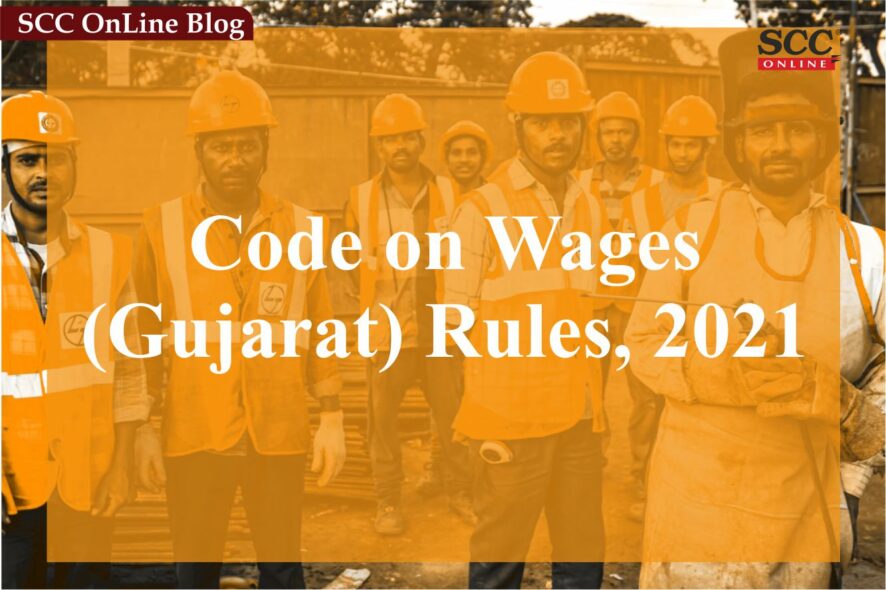 The Government of Gujarat has issued the Code on Wages (Gujarat) Rules, 2021 vide notification dated October 5, 2021.

Key provisions under the Rules are: 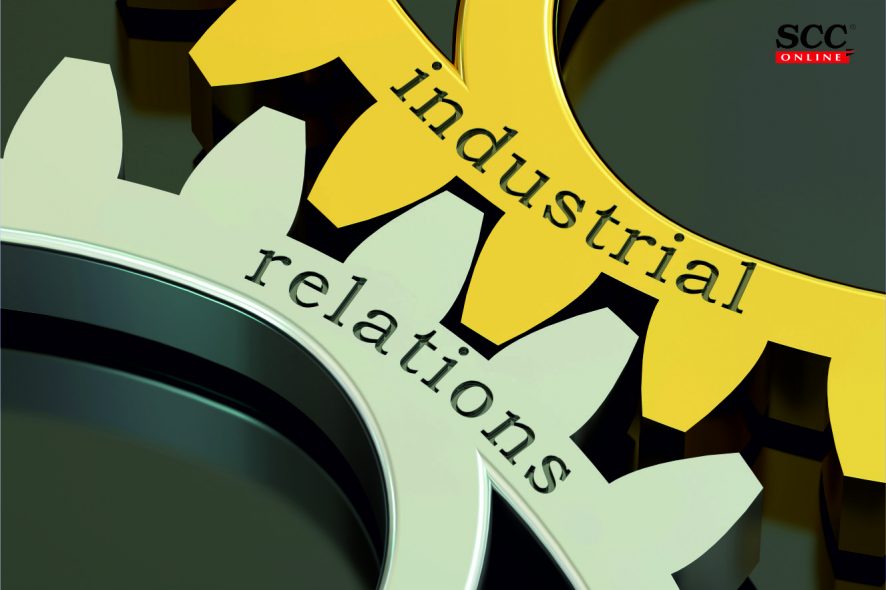 Key provisions of the Rules are: 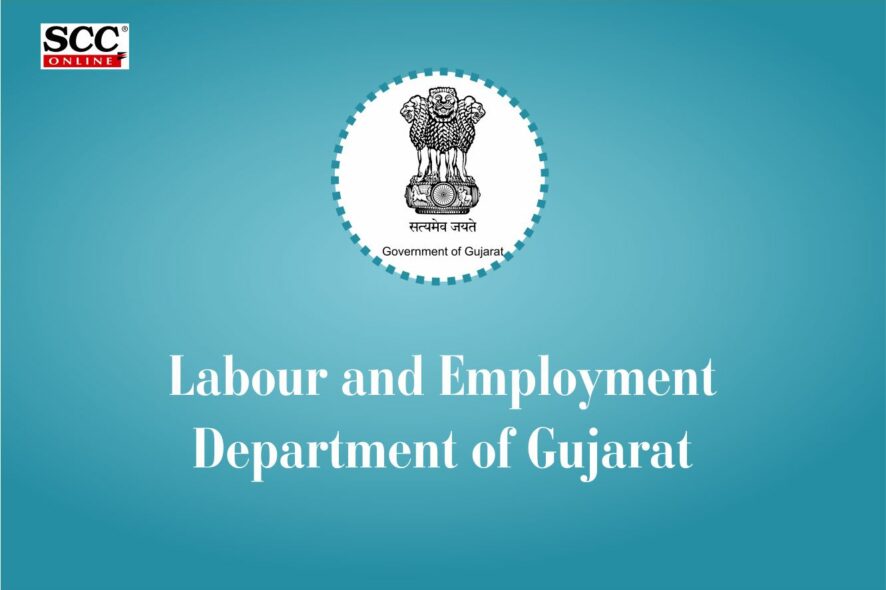 The Amendment has modified Rule 3AA, which deals with Maintenance of registers etc. by employees in which sub clause 1(a) has been deleted.

Rules 3AA(1)(a) states that a register of wages in Form “A’, except in case where the employer maintain muster roll-cum Wages register under the Payment of Wages Act, 1936 and the rules made then under shall be maintained and preserved for a period of 10 years.

Gujarat High Court: Sangeeta K. Vishen, J., allowed an application directing the respondent to allow the petitioner to appear in the examination for the subject – Foundation Engineering while observing that technical glitches could be faced during an online examination.

The Court while allowing the application directed the respondent to allow the petitioner to appear in the examination for the subject – Foundation Engineering. The Court further observed that the fact that the situation complained of was beyond his control and stated that

“As the technology is and we all know, it has the tendency of uncertainties, be it network issues, device issues, etc. When working with technology, technical glitches cannot be ruled out and must be taken into consideration.”

Gujarat High Court: A Division Bench of Sonia Gokani and N.V. Anjaria, JJ., held that there may not be an actual interference with the course of administration of justice but it is enough if the offending publishing or act is likely or tends in any way to interfere with the administration of law.

Since every case of criminal contempt under Section 15 is required to be heard and determined by the bench of not less than two judges which is as per Section 18 of the said Act, the matter was placed before the Chief Justice and the same has been placed before this Court by way of a roster.

On 22-06-2020, a phone call was received by the Judge on her official mobile phone from a person who introduced himself as Niranjan Patel, MLA.

Further, the person inquired as to why he made a phone call, he said there was one criminal case listed before the Court on that day and the Judge immediately stopped him from talking further and clearly told him that he should not have called a Presiding Judge in the manner it was done and disconnected the phone.

The said person called thrice but the Judge did not answer the calls and laters it was noticed that the number belongs to Taufik Faiz Xerox having Vodafone number.

Bench was of the opinion that,

“…it was an act meant to prejudice or interfere with due course of Judicial proceeding, or an act which interfered or tended to interfere with the administration of Justice which would amount to criminal contempt with the meaning of Section 2(c) of Contempt of Courts Act, 1974.”

However, to ascertain as to who in fact was in the custody of the mobile phone number at those hours and who had called and sent the messages, the Superintendent of Police was directed to record the statement of Niranjan Patel, MLA and Tosif Vohra.

Niranjan Patel indicated that he had no family relations with respondent 1. With regard to the call in question, he stated that he never had made any such call nor would he ever think to make any such call on behalf of anyone. His name is dragged maliciously.

In the present matter, on perusal of the submissions, High Court stated that the apology as may be tendered by the parties, the alleged contemners shall need to be regarded by the Court, where it is also to regard as to whether the apology tendered is at the first point of time without attempting to justify the actions and creating the defence or is it being used as an escape route.

Court also needs to regard, “Whether the same is in a case which has been committed the first time.”

The law is also clear that it is not necessary for the Court to accept such an apology, even if found to be unconditional and unqualified when the parameter of genuineness is not found satisfying.

Further, the Court added that what is also required to be considered is that there may not be an actual interference with the course of administration of justice but it is enough if the offending publishing or act is likely or tends in any way to interfere with the administration of law.

If the Act if is so derogatory to the very dignity of the justice delivery system so as to undermine the confidence of the people, Court would not choose to overlook such a serious dimension.

Even an apology which is conditional but inspiring confidence, being full of contrition and remorse and which is also meant to be sincere, demonstrating clearly that the person concerned has out of repentance and remorse tendered the same and is not a design or manner to overreach the process, can also be accepted.

Section 12 of the Contempt of Court provides for the punishment of contempt.

Supreme Court’s decision in Bal Kishan Giri v. State of U.P., (2014) 7 SCC 280 considered as to when can an apology be considered, where the following was held:

”…apology cannot be a defence, justification or calculated strategy to avoid punishment for an act which tantamount to contempt of court, and is not to be accepted as a matter of course. However, apology can be accepted where conduct for which apology given is such that it can be ignored without compromising dignity of court, or evidences real contrition, and is sincere. Apology cannot be accepted where it is hollow, there is no remorse, no regret, no repentance, or if it is only a device to escape rigour of law that is it is merely paper apology.” On facts, it had been held that the High Court was justified in not accepting apology which was not bonafide.“ It also held that casting of bald, oblique unsubstantiated aspersions not only causes agony and anguish to judges concerned but also shakes confidence of public in judiciary.”

Decision rendered in case of Vishram Singh Raghubanshi v. State of U.P., (2011) 7 SCC 776  also reiterated that not necessarily, apology even if unconditional and unqualified needs acceptance.

Apart from being bonafide, if the conduct is serious which has caused damage to the dignity of the institution, the same need not be accepted.

High Court stated that when the conduct of both alleged respondent 1 and 2 are considered, it can be noticed that both tendered apology which they insisted to be unconditional and unqualified and at the first given opportunity.

Compromising with the dignity of the institution

Present case being an extremely gross case where there is a direct attempt to contact the Presiding Judge of the Court with a clear design to obtain an order in favour of the respondent 1 by camouflage and all possible efforts have been made to interfere with the administration of justice, even if the apology is termed as a qualified and unconditional, accepting the same would amount to compromising with the dignity of the institution.

Prima facie, it appears that with an intent to get the order in his favour, he had hired alleged contemner 2 who in his opinion was having all resources and was having more contact and he made arrangement in his meeting to get the number of Judge.

It is a very serious case and, in a time, where many litigants harbour a notion to win over and manoeuvre anything and everything by adopting even extra-legal means and whose only goal is the end result which they desire, regardless of the means adopted, the Court is of the clear opinion that acceptance of apology would vindicate such notion that one can get away with any outrageous conduct by merely tendering an apology.

It appears largely a design to procure liberty by an ill design and unpalatable means of contacting the sitting Judge of this Court right on the day when the matter is scheduled to get the order by hook or crook and the means adopted, as can be noticed, prima facie are such which would shake the edifice if permitted to go scot-free.

The glaring facts of the instant case would not permit this Court to accept the apology and discharge the notice as requested by the Counsels appearing for the parties as the Court cannot overlook the vital and fundamental aspect that such acceptance can mean this Court compromising the dignity of the institution and interference with the administration of justice.

Hence, Court is not persuaded in the totality of facts and circumstances, to accept such apology so tendered. [Suo Motu v. Vijay Arvindbhai Shah, 2020 SCC OnLine Guj 1274, decided on 31-08-2020]