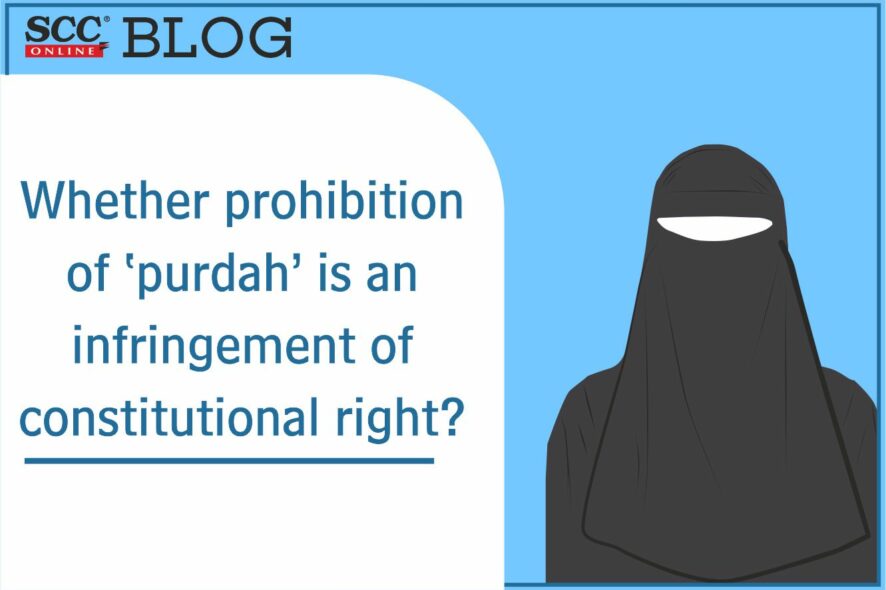 Another one to read, from the Foreign Court, now 6 days have passed in a very interesting matter wherein a question arose in Karnataka High Court on the wearing of “headscarf” from a Government Order, let’s read this decision from the year 1994, where a government official was asked not to wear ‘purdah’.

In this matter, a woman used to wear a black ‘purdah’ as a part of her daily attire during office hours and the said ‘purdah’ used to cover the whole o her body from head to foot, leaving only a slit in front, exposing her pair of eyes.

The crux and focus of the issue in the matter arose when a Government Order was issued pertaining to the dress code for civil servants, as per which the women officers were prohibited from wearing jeans, slacks, shorts and any dress which covered the face during office hours.

In view of the said circular, the woman was asked not to wear something which would cover her face, but she continued wearing the attire during work on the ground that as a Muslim, she was required by the Quran and hadith of the Prophet to cover her face and not to expose it in public.

The woman was dismissed from her service for not following the rules pertaining to the dress code for civil servants.

The counsel who was representing the woman submitted that by refusing to allow her to wear the purdah, her constitutional right under Article 11(1) to profess and practise her religion was infringed.

Article 11(1) of the Constitution guarantees the freedom of religion, where every person has the right to profess and practice his religion. However, such a right is not absolute.

Supreme Court of Kuala Lumpur (Federal Court of Malaysia) deciphered that such prohibition as stated in the Government Order did not affect the constitutional right to practice her religion.

To elaborate its reasoning, Bench expressed that it accepted the opinion of Dato’ Mufti Wilayah Persekutuan that Islam as a religion does not prohibit a Muslim woman from wearing, nor requires her to wear a purdah. Secondly, the Court noted that,

“It is noted that purdah in its present form has not been specified in the Holy Quran. However, the Holy Quran uses the word ‘hijab’ meaning a screen or covering.”

Observing the above, in the opinion of the Court wearing purdah had nothing to do with the constitutional right of the aggrieved woman to profess and practice her Muslim religion.