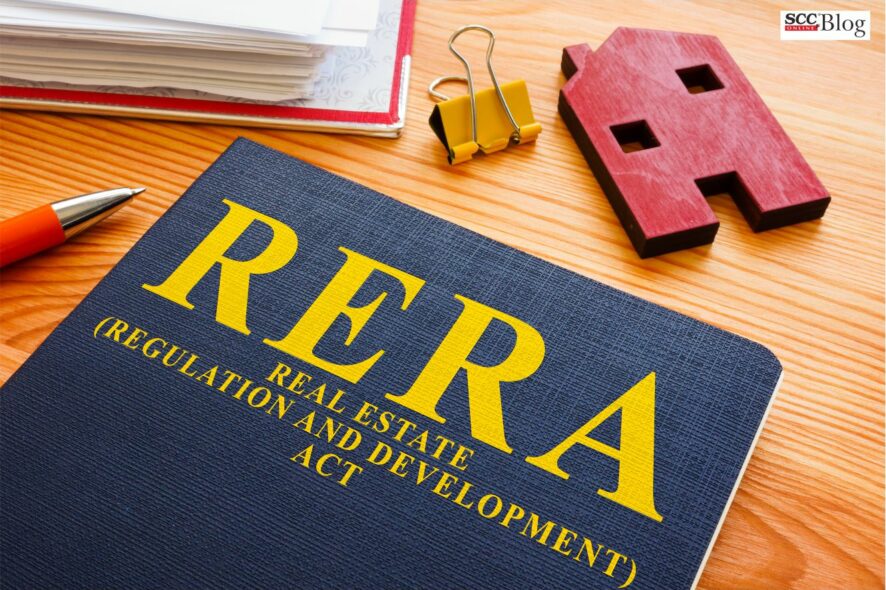 Odisha Real Estate Regulatory Authority, Bhubaneswar: Siddhanta Das, Chairperson, Pradeep Kumar Biswal, Member – I and Ramanath Panda, Member – II held that the present matter was not maintainable as the project which was the subject matter of the present case was completed before the commencement of The Real Estate (Regulation and Development) Act, 2016.

Respondent was developing a project and the complainant and her son applied for allotment of a flat in their favour in the project. Respondent was allotted a flat, and later an agreement was executed between both the parties for the sale of flat. Total consideration amount of the house was Rs 58,26,500 which included parking charges.

As per the above-mentioned agreement, the house in completed form should have been delivered within 40 months, i.e., by end of February 2016. Complainant continued to pay the amount as per the payment schedule of the agreement. Later in the year, 2015 the complainant requested another flat instead of the one which was already allotted. The said request was accepted. But the respondent could not complete the project before February 2016 as agreed upon by him in the agreement.

Complainant requested time and to hand over possession and to execute a sale deed.

In the year 2017, the flat was handed over to the complainant but the respondent before execution of the sale deed did not obtain an occupancy certificate from the local authority which was in violation of the provisions of the Act.

It was stated that the parking charges were covered under common area, hence the amount for the same should have been refunded. Respondent also took an extra amount towards VAT charges. Further, the complainant also sent a notice to the respondent for payment of Rs 4,59, 360 for delay in delivery of possession.

But the respondent did not make any payment.

In view of the above-stated reasons, the complainant approached the Authority.

Authority opined that delay in getting approval and non-availability of the building material required for construction are no ground to avoid the responsibility of payment of interest for the delay in delivery of possession.

Coram stated that it could not understand as to why the respondent started the project and collected money from buyers before getting sanctioned plan. Therefore, the respondent was held liable to pay interest on the whole amount for a period of 10 months provided the Act has application to the present project.

VAT is collected as per the statutory provisions and paid t the Government. Hence it is only recoverable from Authority if sufficient reason is provided regarding payment made wrongly. Therefore, the complainant was not entitled to recover the VAT charges collected.

The Act of 2016 has application only to the project which are ongoing and the projects which are to be developed after commencement of the Act.

It was observed that, The Real Estate (Regulation and Development) Act, 2016 got Presidential assent on 25-3-2016 and published in the Gazette of India on 26-3-2016. Therefore, the project was complete in all respect before the Act came into operation.

Hence, it was held that the Act had no application to the present project and that in view of the matter the case of complainant was not maintainable and complainant had no cause of action to file the case. [Ranjita Pati v. D.N. Homes (P) Ltd., Complaint Case No. 4 of 2021, decide don 2-12-2021]

Advocate for the complaint: C. Ray and associates

Advocate for the respondents: P.C. Mohapatra and associates

National Consumer Disputes Redressal Commission (NCDRC): Noting unfair trade practice by the builder while insisting the buyers to sign a paper wherein it was stated “that they were receiving possession in full ready condition” which was false, Coram of C. Viswanath (Presiding Member) and Justice Ram Surat Ram Maurya (Member) allowed the complaint of the buyer and directed refund of their amount along with compensation of Rs 1 lakh.

Complainants filed a complaint about directing the OP (Builder) to refund the amount deposited by the complainants along with interest from the date of each deposit till its payment. Compensation was also sought for mental agony and harassment.

Present complaint emerged from the documents attached with it. Builders launched a project wherein the complainant booked a villa and were allotted a Unit. Payment plan was “Construction Linked Payment Plan”. Agreement for Sale and Agreement for Construction were executed between the parties.

Complainants diligently followed the payment plan and deposited money as and when demanded by the builder, but the builder delayed the construction.

Complainants did not agree to sign that paper and were disappointed with the attitude of the builder, who was insisting to sign above said paper in the garb of alleged rule of the builder that if they wanted to take key of the villa then they had to sign it.

Complainants sought for refund vide a legal notice, but no reply was given by the builder.

Commission noted that the builder did not raise any dispute that the complainants had committed any default in payment, on issue of demand notice.

Clause-E(2) of Agreement For Construction provides as follows:-

“2. Possession/Handing over Possession in this agreement is limited to the developer obtaining Completion Certificate from the concerned local authority/Project Architect and intimating the purchaser to take possession of the Villa.”

Builder nowhere stated that he had obtained a Completion Certificate. Instead, he argued while relying upon Rule 20 of Tamil Nadu Combined Development and Building Rules, 2019 and argued that “Completion Certificate” was not required for the villa. The said Rules were not in existence in 2017.

The paper, which the builder insisted the buyers sign upon stated that they were receiving the possession of the villa in fully ready condition, in the garb of alleged rule of the builder that if they wanted to take key of the villa then they had to sign it.

In Commission’s opinion, the above was an unfair trade practice.

Offering possession of incomplete construction and without obtaining “Completion Certificate” does not justify the act of the builder.

Therefore, complaint was allowed with cost of Rs 1 lakh and builder was directed to refund the entire amount along with interest @9% per annum within a period of 2 months.[Suman Kumar Jha v. Mantri Technology Constellations Pvt. Ltd., Consumer Case No. 54 of 2018, decided on 29-10-2021]