Supreme Court: The 3-judge bench of Ashik Bhushan, R. Subhash Reddy, JJ has directed full refund of air tickets booked during lockdown period i.e. from 25th March, 2020 to 24th May, 2020 for travel during lockdown period. The order of the Court came after accepted Directorate General of Civil Aviation’s (DGCA) proposal of

To contain the pandemic situation of COVID¬19, lockdown was imposed by the Government of India, from 25th March 2020 to 14th April 2020 which was later extended upto 03rd May 2020.  A ban was also imposed on operation of all domestic and international flights. There was an issue of refund of air fare during the lockdown period, when domestic and international flights’ operation was suspended. The Ministry of Civil Aviation (MoCA), while acknowledging the unusual situation that has arisen due to the lockdown imposed, to contain further spread of COVID¬19 and its consequential effect on the air passengers and airlines, by examining the grievances received from various quarters, issued an advisory to all stake holders in civil aviation sector in the shape of Office Memorandum dated 16th April 2020.

The present writ petition was filed to declare the action on the part of the respondent-airlines, operating domestic as well as international flights in India, in not refunding the full amount collected for the tickets, due to the cancellation of flights in the wake of restrictions imposed by the Government of India to contain COVID-19 as arbitrary and in violation of Civil Aviation Requirements, issued by the Directorate General of Civil Aviation. A consequential relief was sought to direct the respondents to refund the full amount upon such cancellations.

The Court noticed that in ordinary course modalities and timelines for refund on cancellation of tickets are governed by, the Civil Aviation Requirements, i.e. CAR dated 22nd May 2008; 06th August 2010 as revised on 27th February 2019, and the said Requirements are issued by the competent authority in exercise of powers under the provisions of Aircrafts Act, 1934 and the Rules made thereunder.

It, however, said that

“… we cannot lose sight of the present situation prevailing in the country and across the globe, i.e. the effect of pandemic COVID-19.  It cannot be disputed that the civil aviation sector, which is one of the important sectors, is seriously affected in view of the ban imposed for operating flights. Added to the same, air passenger traffic has come down heavily and which is gradually being restored.  At this moment any strict enforcement action of the CARs would further restrict/reduce their operations and such enforcement action may further jeopardise the possibilities of generation of cash by airlines which can further adversely affect/delay the refund cycle. “

Strict enforcement of Civil Aviation Requirements at this moment may not yield any meaningful result for any stake holder.  Hence, in view of the suggestions and formulations arrived at in the meetings held by Union of India and DGCA, which are acceptable to the majority of stake holders, the Court directed that the same have to be implemented in letter and spirit since such formulations are workable solutions in these peculiar circumstances which are prevailing in the country.

The credit shell issued in the name of the passenger shall be transferable which can be utilize upto 31st  March, 2021 and the concerned airline shall honour such a transfer by devising a mechanism to facilitate such a transfer. It is also made clear that such credit shell can be utilized by the concerned agent through whom the ticket is booked, for third party use. It is also made clear that even in cases where credit shell is transferred to third party, same is to be utilized only through the agent who has booked the ticket at the first instance. 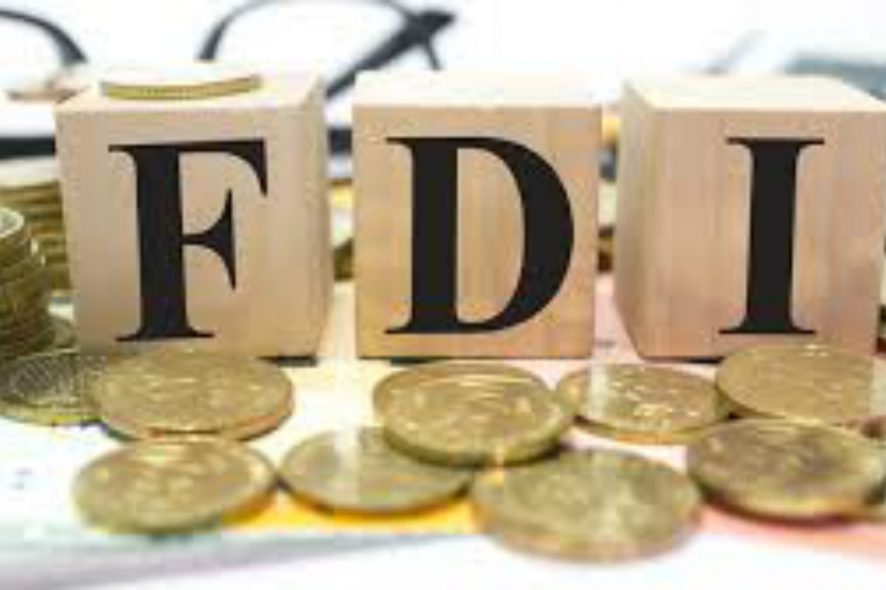 Above amendment to the FDI Policy are meant to liberalise and simplify the FDI policy to provide ease of doing business in the country.  Leading to largest FDI inflows and thereby contributing to growth of investment, income and employment.

FDI is a major driver of economic growth and a source of non-debt finance for the economic development of the country. The FDI policy is reviewed on an ongoing basis, with a view to attract larger volumes of foreign investment inflows into the country. Government has put in place an investor friendly policy on FDI, under which FDI up to 100% is permitted on the automatic route in most sectors/activities.

Global FDI inflows have been facing headwinds for the last few years. As per UNCTAD’s World Investment Report 2019, Global Foreign Direct Investment (FDI) flows slid by 13% in 2018 to US $1.3 trillion in the previous year, that is the third consecutive annual decline. Despite the dim global picture, India continues to remain a preferred and attractive destination for Global FDI flows. However, it is felt that the country has the potential to attract far more Foreign Investment which can be achieved, inter-alia, by further liberalizing and simplifying the FDI policy regime.

The Union Cabinet has given its approval to introduce the Aircraft (Amendment) Bill, 2019 for carrying out the amendments to the Aircraft Act, 1934 (XXII of 1934).  The Bill will now be introduced in the Parliament.

The Bill enhances the maximum limit of fine from the existing Rs 10 lakhs to Rs One Crore. It also enlarges the scope of the existing Act to include regulation of all areas of Air Navigation.

The amendments would fulfill the requirements of the International Civil Aviation Organisation (ICAO). This will enable the three regulatory bodies in the Civil Aviation sector in India, namely Directorate General of Civil Aviation, Bureau of Civil Aviation Security and Aircraft Accident Investigation Bureau to become more effective, which will lead to enhancement in the level of safety and security of aircraft operations in the country.