Applicant U.S Software Inc. sought registration of POTIFY, in standard character and stylized with a design for:

downloadable software for use in searching, creating and making compilations, rankings, ratings, reviews, referrals and recommendations relating to medical marijuana dispensaries and doctor’s offices and displaying and sharing a user’s location and finding, locating, and interacting with other users and place, in International Class 9.

Further, the applicant also sought the registration of the standard character version of the mark for:

computer services, namely, creating an on-line community for registered users to participate in discussions, get feedback from their peers, form virtual communities, and engage in social networking in the field of medical marijuana; providing a web site featuring temporary use of non-downloadable software for providing medical and healthcare services, scheduling of medical and healthcare services, in International Class 42.

Opposer Spotify AB alleged prior common law rights in and registration of SPOTIFY, in standard characters.

Further, the opposer alleged that the use of the applicant’s marks would be likely to cause confusion with and dilute the opposer’s mark under Sections 2(d) and 43(c) of the Trademark Act, 15 U.S.C § 1052(d) and 1125(c).

There is no dispute that Opposer’s SPOTIFY mark is distinctive, both inherently, and by acquisition as a result of widespread use and consumer recognition. Conceptually, it is a coined, fanciful term. It is registered on Principal Register without a claim of acquired distinctiveness and is therefore presumed distinctive.

As for whether the mark is sufficiently “famous” to be entitled to protection against dilution, Trademark Office must determine whether it “is widely recognized by the general consuming public of the United States as a designation of source of the goods or services of the mark’s owner.”

Opposer “promotes its products and services under the SPOTIFY mark to a wide variety of consumers, including across age groups and across all geographic regions in the U.S.

It advertises in well known national publications and has exclusive podcast partnership deals with famous celebrities.

Less conventionally, Opposer has engaged consumers’ imaginations with marketing efforts such as the “President of Playlists” job posting after President Obama expressed a desire to work for Opposer (itself a form of free advertising and publicity). This marketing effort was so successful and engaging that it became “the number one trending moment on Twitter”. Id. at 11 (Sauvaget Dec. ¶ 34). The attention this episode received on Twitter strongly suggests that many Americans who listen to music in analog format or not at all were exposed to the SPOTIFY mark.

Sales of Goods and Services offered under the SPOTIFY mark

It was noted that in 2015, before the applicants’ first use of its POTIFY mark, opposer had more monthly SPOTIFY users than most U.S. States had residents.

Evidence was significant, persuasive and corroborative of the advertising and publicity evidence. Not only have many Americans been exposed to the SPOTIFY mark, but a large percentage of Americans are users of or subscribers to opposer’s SPOTIFY goods and services.

Actual recognition of the mark

Significantly, it was recorded that SPOTIFY had more web “hits” than a number of other trademarks, including ROLEX, MCDONALD’s, AMERICAN EXPRESS, CHANEL and BARBIE.

Opposer’s “President of Playlists” marketing effort was so widely recognized that it was “the number one trending moment on Twitter and claimed the number one spot of Reddit.”

Hence, SPOTIFY is among the most widely recognized brands in the United States.

SPOTIFY is registered on the principal register

Adding to the above, it was stated that the SPOTIFY mark has been registered on the principal register in its broadest (standard character) form for almost 13 years.

SPOTIFY is exceedingly famous and entitled to protection against dilution under 15 U.S.C. § 1125(c).

What does Dilution by blurring means?

Dilution by blurring is “an association arising from the similarity between a mark or trade name and a famous mark that impairs the distinctiveness of the famous mark.”

To consider whether the applicant’s use of its mark will likely cause dilution by blurring, this office considered:

In the present case, the marks were strikingly similar and in fact, they share the letters P-O-T-I-F-Y with that being the entirety of the applicant’s standard character mark and the literal element of its other mark.

Since the marks are so similar in how they look and sound and in their structure, cadence and essential nature, the applicant’s mark will cause consumers to “conjure up” the opposer’s famous mark and associate the two.

although we need only find likely dilution, we find it inevitable that POTIFY will diminish [SPOTIFY’s] distinctiveness

Bom HC | Woman commits suicide along with her infant daughter within 7 years of marriage. Can husband of deceased be held guilty for offences under Ss. 498-A, 304-B read with 34 IPC? Mere suspicion of Cruelty & Harassment is enough? 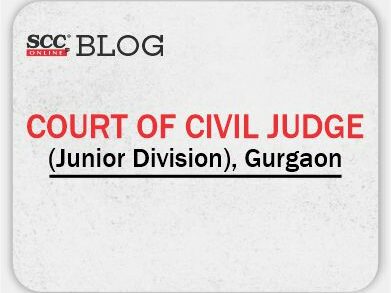