From the above definition, it may be ascertained that the licence originates in a grant; the licence can be granted only in favour of a definite number of persons; a licensee has no interest in the property, apart from the right to do or continue to do something which would be unlawful in the absence of such right.

The Supreme Court has explained the term licence in its celebrated judgment Associated Hotels of India Ltd. v. R.N. Kapoor[2], while explaining the difference between lease and licence as under:

Under the aforesaid section, if a document gives only a right to use the property in a particular way or under certain terms while it remains in possession and control of the owner thereof, it will be a licence. The legal possession, therefore, continues to be with the owner of the property, but the licensee is permitted to make use of the premises for a particular purpose. But for the permission, his occupation would be unlawful. It does not create in his favour any estate or interest in the property.

In Pradeep Oil Corpn. v. Municipal Corpn. of Delhi[3], the Supreme Court further explained the essentials of licence as under:

In Yazdani International (P) Ltd. v. Auroglobal Comtrade (P) Ltd.[4], the Supreme Court has clarified the characteristics of a licence as:

The above principles laid down by Supreme Court have been reiterated by Delhi High Court in Planet M. Retail Ltd. v. Select Infrastructure (P) Ltd.[5], inter alia, stating that: 33. … the licensee is only given the permission to use the property in a particular way and after the termination of the licence, the licensee has no right to continue in the said premises and the possession of the said premises remain with the licensor.

The licence by its very nature does not create interest in the property to which it relates, and is revocable. The Act provides that the said revocation may either be express or implied or even deemed under certain circumstances provided under Sections 61 and 62[6] respectively of the Act.

However, Section 60[7] of the Act carves out two exceptions when an otherwise revocable licence shall become irrevocable. Section 60 of the Act is reproduced below:

(a) it is coupled with a transfer of property and such transfer is in force;

(b) the licensee, acting upon the licence, has executed a work of a permanent character and incurred expenses in the execution.

Section 60(a) of the Act provides that if a licence is coupled with a transfer of property and such transfer is in force, it may not be revoked by the grantor. The words “transfer of property” are not used in the limited sense of a transfer as defined in the Transfer of Property Act, 1882[8]. A licence coupled with interest involves two things: a licence to enter the land and grant of an interest. Such a licence is both irrevocable and assignable, but only as an adjunct of the interest with which it is coupled.

The Supreme Court in Pradeep Oil Corpn.[10] has explained the principles regarding a licence coupled with interest as follows:

Section 60(b) of the Act provides that a licence is irrevocable on the fulfilment of following three conditions:

(i) licensee executed a work of permanent character;

(ii) he did so, acting upon the licence; and

(iii) he incurred expenses in doing so.

The words “permanent character” should be understood in contradistinction with the idea conveyed by the expression “work of temporary character”. Further, as held in Jagannath Govind Shetty v. Jayantilal Purshottamdas Patel[11],

“11. … The words “of a permanent character” speak of a clear connotation of the words “executing the work” in the context of the execution of work, would mean putting up some permanent structures in the premises… The word “work”, therefore, is to be necessarily interpreted to have connection with the construction on some structure on the land and bringing of some additional moveable assets for the purpose of running a business of hotel, cannot be said to be execution of work of a permanent character”.

However, in Shankar Gopinath Apte v. Gangabai Hariharrao Patwardhan[12], the Supreme Court held that where a person improves the land by executing a work of permanent character in the belief that being a tenant he would become a statutory purchaser of land or that the oral agreement of sale would be implemented, the execution of work would be in his capacity as a tenant or a prospective purchaser and not in his capacity as a licensee. It was thus held that the said work could not be held to a permanent construction.

The Kerala High Court in P.M. Jacob v. Mulanthuruty Panchayat[13], held the construction of a theatre to be a work of permanent character executed by the petitioner at his expense acting on the licence.

It is therefore manifest that whether a construction is of permanent character or not is primarily a question of fact and any finding can be given only in light of the nature of construction and other circumstances.

The term “acting upon the licence” means carrying out such a licence or doing something in pursuance of the licence.

In Thayyil Kanissante Valappil Saraswathi v. Bharatha Textiles[16], the Kerala High Court held that the act of erecting the pump house and installing the pump set was in  pursuance and for the purpose of the using the licence to draw water from the well, and hence the defendant/licensee was said to have acted in pursuance to the licence.

Apart from the conditions of permanent structure and act in pursuance of licence, the extent of costs incurred for such construction is also relevant to be noted.

The Allahabad High Court in Mathuri v. Bhola Nath[17], has emphasised that the extent of costs incurred in construction is irrelevant in order to bring the construction within Section 60 of the Act.

The above principle was reiterated by the Lucknow Bench of the said Court in Narsingh Das v. Mian Safiullah Sha[18], wherein it was held that even though not costly constructions were done by the licensees but merely built a pucca wall to include land as part and parcel of their houses, the same was held to be a work of permanent nature.

Therefore, it emerges that Section 60 of the Act is not exhaustive. There may be case where the agreement may be entered into making the licence irrevocable, even though none of the two clauses are fulfilled. Similarly, even if the two clauses are fulfilled to render the licence irrevocable, yet the parties may agree to the contrary. In such a situation, the benefit of irrevocability under Section 60 of the Act shall not enure to the licensee.

The Madhya Pradesh High Court in State of M.P. v. Abdul Rahim Khan[20], held that a licence is not revocable on the mere will of the grantor, and the same can be revoked only under a power reserved under the licence, even though the licensee has made a permanent construction thereon. However, the said power should be exercised honestly and fairly.

The Supreme Court in landmark judgment of Ram Sarup Gupta v. Bishun Narain Inter College[21], has explained the revocability of licence as under:

The Supreme Court in Mumbai International Airport (P) Ltd. v. Golden Chariot Airport[22], has explained the principle of revocability of licence as:

Speaker, Court and the Parliamentary Democracy in India 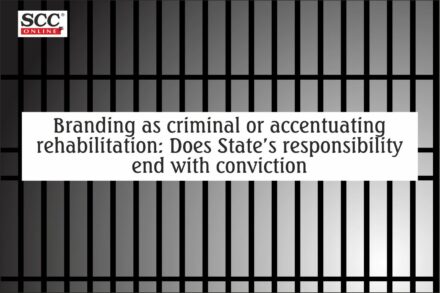 Branding as criminal or accentuating rehabilitation: Does State’s responsibility end with conviction 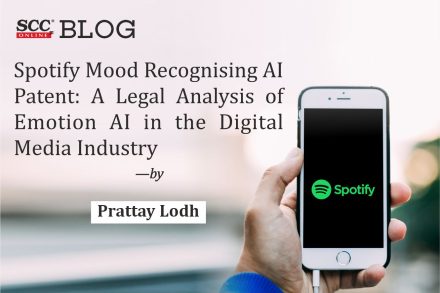