The facts of the case are that the petitioner company is the largest coal-producing company of India having 100% shares vested with the Government of India, having mines spread over different districts of the State. The State Government in the exercise of powers conferred under the relevant Act has framed Rules i.e. “Terminal Tax (Assessment and Collection) on Goods Exported From MP/CG Municipal Limit Rules, 1996 to regulate the assessment and collection of terminal tax on goods, which shall be exported from within the limits of the Municipal Corporation, the Municipal Council and the concerned Nagar Panchayat. The Schedule appended to the rules prescribes the rate at which the terminal taxes is to be levied as also the maximum rate leviable. The respondents-Municipal Corporation, Municipality, Nagar Panchayat have purportedly enhanced the terminal tax exercising the powers under Section 133 of the Municipal Corporation Act of 1956 or Section 355 read with Clause 16 of Sub-section (1) of Sections 127 & 129 of the Municipal Act of 1961. Hence the instant petition was filed challenging the said enhancement.

Counsel for the petitioners, Shailendra Shukla submitted that the authorities are not empowered to issue such orders in the teeth of the Rules framed by the State Government in 1996, under which there is already a schedule prescribed with the maximum rate also prescribed. He further submitted that any change to the rate of tax would have been only by the State Government that too by amending the provisions of Rules of 1996 and the schedule appended therein. He further stated that the Constitution of India by the 74th amendment added Article 243-X providing power to impose tax and raise funds.

Counsel for the respondents, B.D. Guru opposed the contentions highlighting the different provisions of the Municipal Corporation Act as also the Municipal Act.

The Court relied on a Supreme Court judgment titled ACC Ltd. v. State of M.P., (2005) 5 SCC 347, and held that the Municipality is only entitled to recover the export tax at the rate prescribed by the State Government and not as claimed by the municipality. It cannot impose a tax on its own as the imposition is always subject to the approval of the State Government.

*Arunima Bose, Editorial Assistant has put this story together 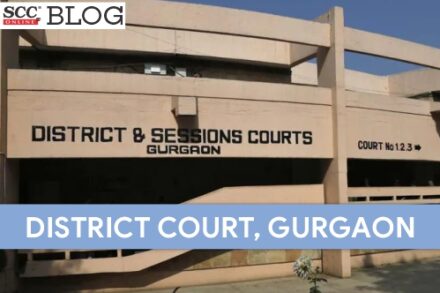 Del HC | Charge of criminal trespass under S. 447 IPC by person claiming to be tenant not maintainable in absence of proof of tenancy