Manipur High Court: A Division Bench comprising of Ramalingam Sudhakar, CJ and Kh. Nobin Singh, J. dismissed an appeal filed by the State against the judgment of a Single Judge directing the State to give admission to the respondent.

In the impugned order, the Single Judge had directed the State to give admission to the respondent in terms of his merit position to undertake B.Sc. Nursing Course by staying in rental accommodation. Being aggrieved by the order, the State filed the present appeal.

The High Court noted that it was not in dispute that the respondent was an eligible candidate and he was selected. The only reason why he was not given admission appeared to be lack of hostel facilities and it was also pleaded by the State that all the available candidates in the hostel are women. The Court held that the apprehension that a single male should not be given a seat for the above reason appeared to be totally misplaced. In such view of the matter, the appeal was dismissed for being without merits.[State of Manipur v. Sanangamba Akham, 2018 SCC OnLine Mani 164, dated 06-12-2018] 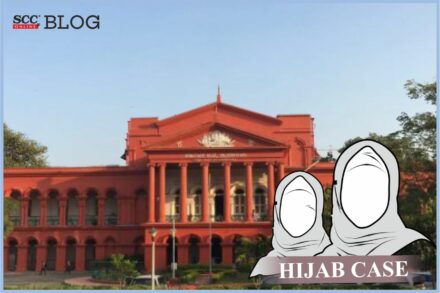