Uttaranchal High Court: A Division Bench comprising of Rajiv Sharma and Lok Pal Singh, JJ. while deciding a pro bono publico petition, the scope of which was enlarged by the Court for protection and welfare of animals, declared entire animal kingdom as legal entities having a distinct persona.

The petitioner sought restriction on movement of horse carts/tongas from Nepal to India and vice versa. Provisions were sought for vaccination and medical checkup of the horses for suspected infections. It was submitted that there is no check on fare charged from passengers; ailing, infirm and old horses are abandoned by owners; infected horses are hazardous to humans; moreover, the tongas are overloaded that cause cruelty to animals. The High Court, while deciding the issue, took note of the Prevention of Cruelty to Animals Act, 1960, Section 11 of which defines cruelty to animals; and provision for treatment and care of animals is made in Section 35.

Reference was made to Shiromani Gurudwara Prabandhak Committee v. Som Nath Dass, (2000) 4 SCC 146 where it was held that the concept ‘juristic person’ arose out of necessities in the human development, for subverting the needs of faith and society. The Court also referred to Animal Welfare Board of India v. A. Nagraj, (2014) 7 SCC 547, which held that animal welfare laws have to be interpreted keeping in mind the welfare of animals and species’ best interest, subject to just exceptions out of human necessity. It also held the internationally recognised animal rights to be part of Sections 3 and 11 of PCA. Taking note of the conditions brought out by the petitioner, which amount to cruelty to animals, the Court declared entire animal kingdom as legal entity having a distinct persona with corresponding rights, duties and liabilities of a living person. Further, all citizens throughout the State of Uttarakhand were declared persons in loco parentis as the human face for protection of animals. The Court issued various directions to respondents including State of Uttarakhand including, inter alia, 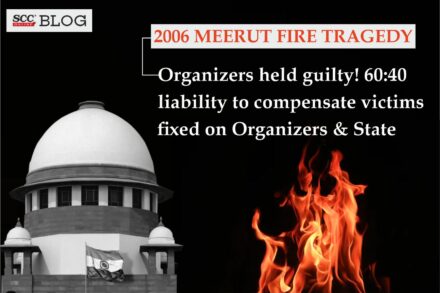