Supreme Court: In the matter where a CRFP constable, who was dismissed from services for consuming liquor and quarrelling with civilians, had contended that the punishment was disproportionate, the Court held that when a member of the disciplined force deviates to such an extent from the discipline and behaves in an untoward manner which is not conceived of, it is difficult to hold that the punishment of dismissal as has been imposed is disproportionate and shocking to the judicial conscience.

In the present case the respondent had left the campus without prior permission, proceeded to the market, consumed liquor and quarrelled and the same had been proved. However, the respondent had contended that even if the charges have been proven, the punishment of dismissal in the obtaining factual matrix is absolutely harsh and shocking to the conscience.

Referring to the case of Union of India v. Dwarka Prasad Tiwari, (2006) 10 SCC 388, where it was held that unless the punishment imposed by the disciplinary authority or the appellate authority shocks the conscience of the court/tribunal, there is no scope for interference, the bench of Dipak Misra and N.V. Ramana, JJ said that as a member of the disciplined force, the respondent was expected to follow the rules, have control over his mind and passion, guard his instincts and feelings and not allow his feelings to fly in fancy. [Union of India v. Diler Singh, 2016 SCC OnLine SC 647, decided on 30.06.2016] 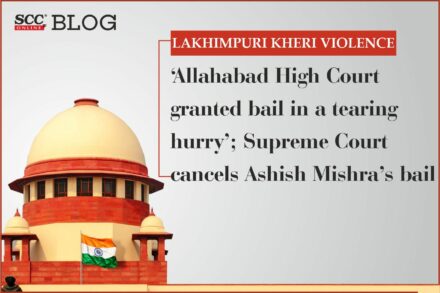