Union Ministry of Home Affairs (MHA) shared details of foreign and Indian Tabhlig Jamaat (TJ) workers in India with all States on March 21, 2020, after COVID-19 positive cases among these workers surfaced in Telangana.

The swift action was taken with a view to identify, isolate and quarantine TJ workers who might be COVID-19 positive. Instructions were also issued by MHA to Chief Secretaries and DGsP of all States as well as CP, Delhi. The advisories were reiterated by the DIB to all State DGsP on March 28 and 29.

Meanwhile, TJ workers staying in the Markaz in Nizamuddin, Delhi, were also persuaded for medical screening by State authorities and Police. By March 29, nearly 162 TJ workers were medically screened and shifted to quarantine facilities. So far, 1339 Tabligh Jamaat workers have been shifted to Narela, Sultanpuri and Bakkarwala quarantine facilities as well as to LNJP, RGSS, GTB, DDU Hospitals and AllMS, Jhajjar. Rest of them are being currently medically screened for COVID-19 infections.

Usually, all the foreign nationals visiting India as a part of Tabligh team come on the strength of tourist visa. MHA had already issued guidelines that they should not indulge in missionary work on tourist visa. State Police would be examining categories of visas of all these foreign TJ workers and take further action in case of violation of visa conditions.

Tabligh Jamaat Headquarter (Markaz) is located in Nizamuddin, Delhi. Devout Muslims from across the country and also from foreign countries visit the Markaz for religious purpose. Some also move out in groups to different parts of the country for Tabligh activities. This is a continuous process throughout the year.

Click here to see document on Tabligh Activities in India 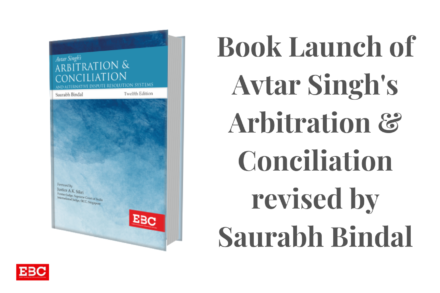 Read Exclusive Extract from 12th Edition of Avtar Singh’s Book on Law of Arbitration and Conciliation in India | Revised by Saurabh Bindal | Register for Book Launch on 24th May!