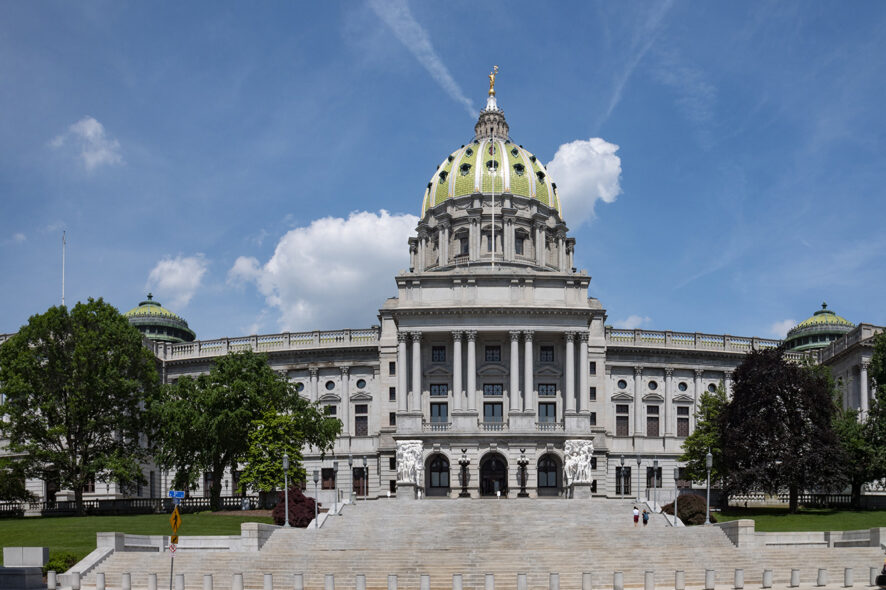 Supreme Court of Pennsylvania: While deliberating upon the question that whether no-hire, or “no poach,” provisions that are ancillary to a services contract between business entities are enforceable under the laws of Pennsylvania, the Bench of Baer, CJ., and Saylor, Todd, Donohue, Dougherty, Wecht and Mundy, JJ., unanimously held that no-hire provision creates a likelihood of harm to the public, i.e., non-parties to the contract. “The no-hire provision impairs the employment opportunities and job mobility of PLS employees, who are not parties to the contract, without their knowledge or consent and without providing consideration in exchange for this impairment”. Such provisions undermine free competition in the labor market in the shipping and logistics industry, which creates a likelihood of harm to the general public, thus in the instant case the “no- hire” provision is unenforceable.

Pittsburgh Logistics Systems, Inc. (hereinafter “PLS”) is a third-party logistics provider that arranges for the shipping of its customers’ freight with selected trucking companies. Beemac Trucking (hereinafter “Beemac”) is a shipping company that conducts non-exclusive business with PLS. In August 2010, PLS and Beemac entered into a one-year Motor Carriage Services Contract, which automatically renewed on a year to year basis until either party terminated it. It contained both a non-solicitation provision and the no-hire provision. While the contract was in force, Beemac hired four PLS employees.

On 29th November, 2016, PLS filed an action in the Court of Common Pleas of Beaver County against Beemac alleging breach of contract, tortious interference with contract, violation of the Pennsylvania Uniform Trade Secrets Act, and civil conspiracy. PLS also sued its 4 former employees for breach of contract, alleging they had breached the non-competition and non-solicitation provisions of their employment contracts. Following a three-day preliminary injunction hearing, the Trial Court refused to enforce the no-hire provision, finding the provision violated public policy. Subsequently the PLS appealed, but the Superior Court affirmed the Trial Court’s decision.

PLS contended before the Court that by voiding the no-hire provision, the Superior Court disregarded Pennsylvania public policy which advised it to enforce the terms of the agreement that these parties who were on a level playing field negotiated in good faith and entered at arm’s length. PLS further stated that the cases relied upon by the Superior Court in support of its conclusions are distinguishable, and that “cases enforcing no-hire provisions are not only based on sound jurisprudential grounds, but are properly appreciative of the economic context and business realities that lead intermediary companies, like PLS, to find them necessary to further their business interests”.

Per contra, Beemac stated that that the Superior Court correctly applied Pennsylvania law regarding restraints of trade in holding that the no-hire provision violates public policy. It was argued that PLS failed to explain why a company, already in a superior bargaining position when hiring and negotiating with employees, should be free to contract away the rights of its employees by way of contracts to which they are not parties and for which they receive no consideration. Beemac drew the attention of the Court upon the fact that recently the Department of Justice (DOJ) has taken a strong stand against no-hire restrictions. Beemac further argued that governmental rejection of no-hire restraints “is firmly rooted in long-established ethical and moral standards”

Noting that there is a dearth of Pennsylvania case laws with regards to ‘no-hire’ provisions, therefore in order to resolve the dispute the Court deemed it fit to review the judgments of other jurisdictions upon which the parties have relied on.

Upon extensive perusal of the case laws cited by the parties, the Court observed that, “To determine the enforceability of a provision in restraint of trade that is ancillary, or supplementary, to the principal purpose of a contract, we employ a balancing test to determine the reasonableness of the restraint in light of the parties’ interests that the restraint aims to protect and the harm to other contractual parties and the public”. Applying the said balancing test, the Court noted that in the instant case the no-hire hire provision was ancillary to the principal purpose of the shipping contract between PLS and Beemac. The no-hire provision is a restraint on trade because the two commercial entities agreed to limit competition in the labor market by promising to restrict the employment mobility of PLS employees. The Court further observed that PLS had a legitimate interest in preventing its business partners from poaching its employees, who had developed specialized knowledge and expertise in the logistics industry during their training at PLS; however, the no-hire provision is both greater than needed to protect PLS’s interest and creates a probability of harm to the public. It is overbroad because it precludes Beemac, and any of its agents or independent contractors, from hiring, soliciting, or inducing any PLS employee or affiliate for the one-year term of the contract plus two years after the contract ends. The no-hire provision precluded Beemac from hiring or soliciting all PLS employees, regardless of whether the PLS employees had worked with Beemac during the term of the contract.

Sucheta Sarkar, Editorial Assistant has put this report together