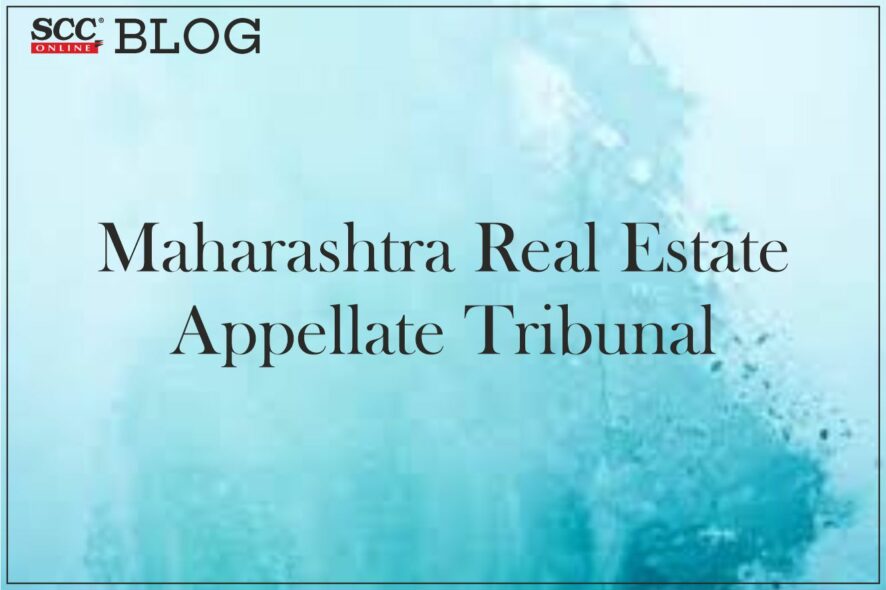 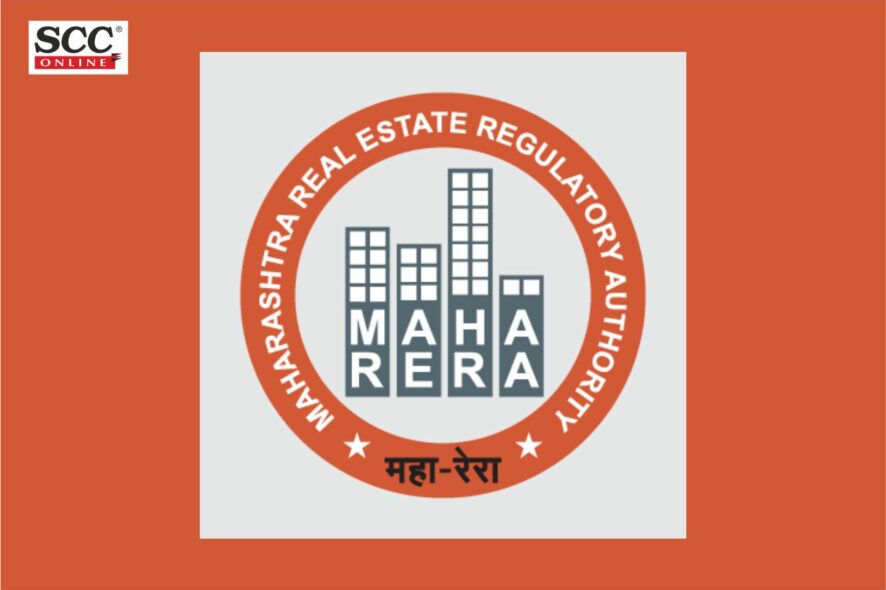 In the present matter, respondents had registered their project “EMERALD ISLE-T8” under Section 5 of the Real Estate (Regulation and Development) Act, 2016.

“Refund is demanded for the excess funds collected by LAT Realty for carpet area of 57.60 square feet at the rate of Rs 28,L3L.67 amounting to Rs 1-6,20,384 plus interest at RERA applicable rate from the date of first payment.”

Respondent had raised the issue of the principle of res judicata stating that a matter that was finally decided on merits cannot be litigated again between the same parties.

However, from the submissions of the Respondent herein it is clear that the earlier complaint No. CC00600000000000414 was filed for the purpose of seeking interest for delayed possession and the Complainants in the present complaint is seeking a refund of the difference in the carpet area of the said apartment with interest as applicable thereon.

Further, it was noted that the complainants had signed a letter whereby they confirmed and agreed to their absolute satisfaction and assured the respondent that they shall not be claiming anything further through any forum/Court.

Adding to the above, Authority stated that the instant complaint was filed with a different issue and hence the principle of res judicata was not applicable and thus issue 1 was answered in negative.

Definition of carpet area under Section 2(k) of the said Act. It reads thus:

A very pertinent observation was made, that the carpet area was defined differently in both the Acts.

Hence, there was no actual change but simply a variation/difference in the methodology of calculation of carpet area as per MOFA and RERA from time to time.

Since the allotment letter was dated 1-10-2015 which was Pre-RERA i.e. MOFA was applicable for calculating carpet area and after May 2017 RERA was applicable after which the said agreement was executed i.e. 20-12-2017

Therefore, no ambiguity on the issue of carpet area was found resulting in no refund and interest.

Coram while concluding added that the discrepancy/variation/difference in terms of the carpet area of the said apartment was as per the said agreement which provided that a variation of up to 3% on account of any design change and construction exigencies which the complainant was aware of and the same had been agreed upon by them. Thus, raising an issue at a later point was not acceptable nor could be changed as the agreement was binding upon both parties.

In the present matter, complainants chose to raise an unreasonable dispute in a very irresponsible manner, leading to wasting the time of the Authority.

Advocate before the Authority:

Advocate Subhashree Chatterjee for the Respondent

Maharashtra Real Estate Regulatory Authority, Mumbai: Coram of Dr Vijay Satbir Singh (Member I), while laying out certain significant observations with respect to the provisions of RERA decided the complaint revolving around delayed possession of flat.

By preferring the present complaint, complainants sought directions from the MahaRERA to the respondent to pay the interest for the delayed possession under Section 18 of the Real Estate (Regulation & Development) Act, 2016 (RERA) in respect of booking their respective flats in the respondent’s project.

Respondent failed to hand over the possession of the flat on time. Complainants sought payment of interest for the delayed possession and further stated that even after the respondent sold more than 50% of the units, it failed to form the association of allottees/ society of allottees till date. The respondent has also failed to execute the deed of conveyance with the complainants along with the other allottees of the project.

Further, it was alleged that the respondent was yet to hand over and allot the parking spaces to respective allottees and was demanding permission from the allottees to utilize the additional FSI and construct the additional floors.

Complainants further stated that they have signed the possession letter and have received the possession of their respective flats in the month of December 2019, though respondent was not ready to allot the parking as well as to form the society of the allottees.

Since the respondent did not hand over the possession of the flats to the complainants and violated the provisions of Section 18 of the RERA and the Rules made thereunder.

Bench did not accept the reasons cited by the respondent for the delay in possession of the flat and apparently the respondent promoter wanted to apply convenient clauses in the agreement to take undue benefits after commencement of the RERA.

Formation of Society and Execution of Conveyance Deed

As per Section 11(4)(e) of the RERA, promoter is liable to enable the formation of society within 3 months of the majority of allottees having booked their flats.

In the present matter, more than 51% of the allottees booked their flats and the full occupancy certificate had been obtained for the said project, hence it was statutory duty of respondent promoter to form a society of the allottees and the respondent had no authority to lay down any condition for the same as it was not permissible under RERA.

MahaRERA opined that the present project was registered with MahaRERA after commencement of the RERA and hence provisions of RERA would apply for this project.

Hence, as per Section 14 of the RERA, any change or modification in the sanctioned plan required mandatory consent of the allottees and therefore, if respondent wanted to modify plans including the construction of 4th floor, then it had to be obtained through requisite consent of allottees.

Adding to the above, MahaRERA held that the respondent was liable to pay interest for the period of delay in accordance with the terms and conditions of the agreement.

Selling of the Car Parking

stated that there is an explicit provision under RERA that promoter can sell only covered car parking by charging a certain amount. Open Parking had to be handed over to society, it could not be sold in the open market.

Therefore, complainant allottees and respondent promoter were bound by the said provision.

Bombay High Court: While deciding the petition which challenged the validity of the Order passed by the Maharashtra Real Estate Regulatory Authority wherein it had defined the term ‘co-promoter’ as the same was not defined in the Real Estate (Regulation and Development) Act, 2016, the Division Bench of Naresh H. Patil and R.G. Ketkar, JJ., allowed the petitioner to withdraw the instant petition after the Office of Maharashtra Real Estate Regulatory Authority withdrew its impugned Order dated 11.05.2017 which defined ‘co-promoter’.

On 11.05.2017, the Secretary, Maharashtra Real Estate Regulatory Authority had passed an Order in exercise of the powers vested in the Authority under Regulation 38 of the Maharashtra Real Estate Regulatory Authority (General) Regulations 2017. Thus ‘co-promoter’ was defined as “person(s) or organization(s) who, under any agreement or arrangement with the promoter of a Real Estate Project is allotted or entitled to a share of total revenue generated from sale of apartments or share of the total area developed in the real estate project. The liabilities of such Co-Promoters shall be as per the agreement or arrangement with the Promoters, however for withdrawal from designated Bank Account, they shall be at par with the Promoter of the Real Estate Project.”

The counsel for the petitioner argued that RERA defines ‘promoter’ under Section 2(zk) and Regulation 38 does not really empower the Authority to create a new term and notify the same in absence of statutory provisions under RERA. As per the counsel, Regulation 38 only empowers the Authority to issue orders ensuring the proper implementation of the Act and not to interpret the Act. Meanwhile the Secretary of the Authority submitted an affidavit before that Court that the impugned Order was passed only as to clarify the definition of ‘promoter’ and to bring about more transparency in the process of registration, ease of maintenance of accounts etc.

The counsel for the State and Authority put forth before the Court that the impugned Order has been thus withdrawn, and the same shall be replaced by an appropriate Order as expeditiously as possible with effect from the same date i.e. 11.05.2017. Not going into the averments made by the respondents in their affidavits, the Court accepted the request of the respondents to dispose off the petition as the grievance of the petitioner had been taken care of. [Ismail Ibrahim Patel v. State of Maharashtra,  2017 SCC OnLine Bom 9132, decided on 14.11.2017]