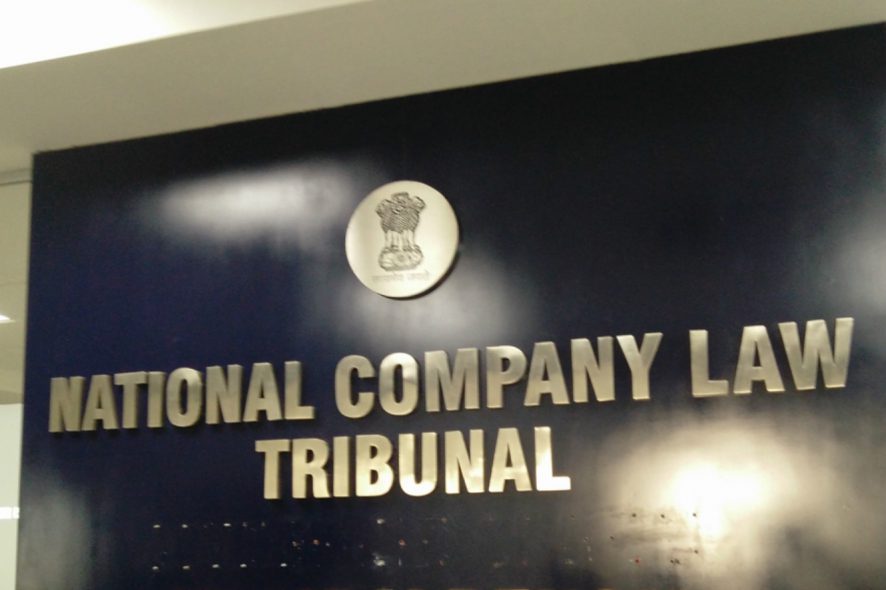 Vide an email, the Corporate Debtor was requested to pay the Operational Debt. However, he failed to do so. Hence, a demand notice was issued to him.

Corporate Debtor acknowledged and admitted its liability to pay the Operational Debt. Therefore, the present petition was filed.

Corporate Debtor on realizing the prevalent real estate conditions caused due to COVID-19 pandemic, failed in paying the amounts as claimed by the Operational Creditor under Demand Notice. Further, it stated that the delay in payment of installment amounts was due to the fact that the construction of the said project was stopped due to various EPCAJ NGT Orders and thereafter unprecedented conditions created due to COVID-19 Pandemic.

Additionally, the Corporate Debtor stated that it is an indisputable fact that the Real Estate Business is going through slump whereby all the builders and promoters of the real estate projects are experiencing heavy economic losses.

Tribunal found that the Corporate Debtor failed to discharge its liability as the admitted amount remained unpaid as on date.

In the present matter, the above two conditions are fulfilled, hence it deserves to be admitted. Therefore, the Tribunal initiated the CIR Process of Corporate Debtor.

Further, Moratorium was declared which shall have effect from this Order till the completion of CIRP for the purposes referred to in Section 14 of the IBC, 2016. [Colliers International (India) Property Services (P) Ltd. v. Logix City Developers (P) Ltd., 2022 SCC OnLine NCLT 37, decided on 22-3-2022]

Calcutta High Court: Sabyasachi Bhattacharya, J., reiterated the decision of Supreme Court in Embassy Property Developments (P) Ltd. v. State of Karnataka, 2019 SCC OnLine SC 1542, regarding whether NCLT and Resolution Professional have jurisdiction to take control and custody of any asset except as subject to the determination of ownership by a court or authority.

“…the power of the resolution professional to take control of any asset, itself, is subject to the determination of ownership by a court or authority.”

Kolkata Municipal Corporation filed the present petition challenging an order passed by the National Company Law Tribunal (NCLT) acting as Adjudicating Authority under the Insolvency and Bankruptcy Code, 2016 for handing over physical possession of the office premises.

KMC, in exercise of its authority under Sections 217-220 of the Kolkata Municipal Corporation Act, 1980, had distrained the said property in the recovery of municipal tax dues from an assessee.

Debt of the assessee came within the purview of a Corporate Insolvency Resolution Process (CIRP), thus prompting respondent 4, the Resolution Professional, representing the owner of the asset, to approach the NCLT for handing over of such physical possession of the property-in-question from the KMC.

In view of the above, the instant petition was filed.

Questions that arise in the instant matter are:

While considering the first question, Bench referred to the decision of Embassy Property Developments (P) Ltd. v. State of Karnataka, 2019 SCC OnLine SC 1542, wherein it was held that, in so far as the question of exercise of the power conferred by Article 226, despite the distinction between lack of jurisdiction and the wrongful exercise of the available jurisdiction, should certainly be taken into account by High Courts, when Article 226 is sought to be invoked by passing a statutory alternative remedy provided by a special statute.

Petitioners urged that the NCLT and the Resolution Professional have no jurisdiction to take control and custody of any asset except as subject to the determination of ownership by a court or authority. KMC exercised its powers under Sections 217 to 220 of the 1980 Act to distraint the asset of the debtor and to attach the property, to be followed by sale in future, but the said exercise of power was argued to be beyond the purview of IBC. Resolution Professional and the NCLT acted de hors their statutory powers in seeking to take control and custody of the asset.

Hence, the challenge in the present petition was on the ground of absence of jurisdiction and not ‘wrongful exercise of the available jurisdiction’, thus bringing it within the fold of Article 226 of the Constitution. Therefore, petition is maintainable.

“…although a wrongful exercise of available jurisdiction would not be sufficient to invoke the High Court’s jurisdiction under Article 226 of the Constitution, the ground of absence of jurisdiction could trigger such invocation.”

Considering the second questions posed above, Bench stated that it would be particularly apt to consider the tests laid down by the Supreme Court in Embassy Property Developments (P) Ltd. v. State of Karnataka, 2019 SCC OnLine SC 1542.

In the above-referred decision, while discussing Section 60(5)(c) of IBC, Supreme Court held, “…a decision taken by the government or a statutory authority in relation to a matter which is in the realm of public law, cannot, by any stretch of imagination, be brought within the fold of the phrase “arising out of or in relation to the insolvency resolution”.

Further, the Court, while moving ahead in the analysis of the matter and reaching a conclusion expressed that there cannot be any doubt about the proposition that the contours of the powers conferred on the Adjudicating Authority, being the NCLT, under Section 60 of the IBC, are defined by the duties of the interim resolution professional under Section 18.

What is to be seen to examine the charter of the interim resolution professional is whether the assets, of which control and custody is sought to be taken by the professional, are sub judice before a court or authority for the purpose of “determination of ownership” thereof.

In the instant matter, petitioner proceeded with acquiring the possession of the property-in-question and putting up the same for attachment under its powers as flowing from Sections 217-220 of the 1980 Act.

The above-said provision envisages a situation where an amount of tax, for which a bill has been presented under Section 216 of the Act, is not paid within 30 days from the presentation thereof.

In view of the event, Municipal Commissioner may cause a demand notice to be served on the person for such liability and on the non-payment of such tax, petitioner shall under Section 219 of the 1980 Act issue a distress warrant, for distraint of the property. Further in the process, person charged with the execution of the warrant in the presence of two witnesses, makes an inventory of the property which he seizes under such warrant. Thereafter, steps are taken for disposal of such property, including attachment and sale.

KMC followed the above-laid procedure and took possession of the disputed property for non-payment of tax. Hence, there was no scope of any ‘determination’ of ownership of the property by the KMC. Thus, in view of the Supreme Court decision in Embassy Property Developments (P) Ltd. v. State of Karnataka, 2019 SCC OnLine SC 1542  a finalised claim would come within the purview of “operational debt” under Section 5(21) of the IBC. Hence, the Resolution Professional has jurisdiction to take custody and control of the same.

Parameters of powers of the NCLT, as an Adjudicating Authority under Section 60 of the IBC, is defined and circumscribed by the scope of Section 18(f)(vi) of the IBC. Such exercise of power would fall within the ambit of the expression “arising out of or in relation to the insolvency resolution”, as envisaged in Section 60(5)(c) of the IBC.

Referring to the decision of Supreme Court in Commr. of Income-tax v. Monnet Ispat Energy Ltd., [Special Leave to Appeal (C) No (S) 6438 of 2018], wherein it was held that income tax dues, being in the nature of crown debts do not take precedence even over secured creditors, Bench stated that the said proposition holds true in the present matter as well.

Hence, KMC’s claim being in the nature of crown debts, cannot gain precedence over other secured creditors, as contemplated in the IBC.

Therefore, in view of the Supreme Court decision in Embassy Property Developments (P) Ltd. v. State of Karnataka, 2019 SCC OnLine SC 1542 Finalised claim of the KMC can very well be the subject-matter of a Corporate Resolution Process under the IBC.

The appellant (Corporate Debtor), referring to the emails exchanged between the parties, submitted that there was an existence of dispute prior to issuing of demand notice under Section 8(1). The dispute as alleged was regarding the quantum of payment, which was subsequently settled and the agreed amount plus GST had already been paid to the respondent. It is pertinent to note that originally, as submitted by the respondent, the appellant agreed to pay a fee of Rs 1 crore as brokerage towards the TATA-Neptune deal. However, the respondent accepted that the same was settled at Rs 75 lakhs plus GST, part payment of which was already done. The appellant submitted that though there was an existence of dispute, inspite of the same the NCLT admitted respondent’s application under Section 9 and passed the order impugned.

For settling the issue at hand, the Appellate Tribunal made a reference to the Supreme Court decision in Innoventive Industries Ltd. v. ICICI Bank, (2018) 1 SCC 407 and perused Section 7 (when it comes to financial creditor triggering the process, this section becomes relevant) and Section 9 of the Code. It was observed that the Supreme Court, in the case mentioned herein, held that in a petition under Section 9, the Corporate Debtor has a right to show that there is an existence of dispute  about the quality of goods and services provided, as well as a right to dispute the debt including the quantum of payment. In view of the Appellate Tribunal, the emails exchanged between the parties clearly show that negotiations were going on relating to the quantum of payment. Originally, the payment to be made was Rs 1 crore which was finally settled at Rs 75 lakh. In such circumstances, it could be accepted that there was an existence of dispute about the payment of the debt. The Appellate Tribunal held, if the debt has been disputed, the question of default does not arise. Accordingly, the appeal filed by the Corporate Debtor was allowed; the order impugned passed by the National Company Law Tribunal, Mumbai was set aside, and the application preferred by Operational Creditor was dismissed. [Nayan Shah v. Viral Rajarashi Mehta, 2018 SCC OnLine NCLAT 411, dated 29-06-2018]

The appeal was filed by the Director of Lepton Projects (P) Ltd. which was the ‘Corporate Debtor’. The respondent Sanghvi Movers Ltd. was the ‘Operational Creditor’. An application was filed by the Operational Creditor under Section 9 of the I&B Code, after the admission of which ‘Moratorium’ was passed and ‘Insolvency Resolution Professional’ was appointed by NCLT in terms of the Code. However, the appellant challenged the said order of NCLT contending that no notice in terms of Section 8(1) of the Code was given to the appellant before such order was passed.